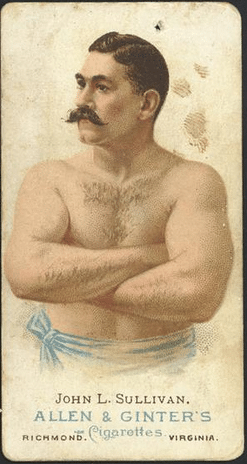 It’s been an awesomely manly year here at The Art of Manliness. When we launched the site a year ago on January 4, 2008, we didn’t think the AoM community would get this big, this fast. In just a year, AoM has grown to almost 25K subscribers. The growth of the site has been driven by our fantastic readers. Thank you for being evangelists of manliness and thanks for the tips and feedback on stories. We also want to thank those who have taken the time to send us encouraging words via email. Kate and I are truly grateful for the support. Finally, we’d like to give a big thank you to all of our guest contributors who have provided quality articles for the site.

We’re also very excited about the Art of Manliness book which will be coming in Fall 2009. Kate and I have been working hard on it for many months and the manuscript is just about done.

Because it’s pretty much impossible to avoid the “Best of…..” lists this time of year, we figured there’s no sense in resisting the urge to create one of our own. For our new readers and as a review for our old readers, we present the Best of Art of Manliness 2008. We hope you’ve enjoyed AoM during 2008, and rest assured we’ll be working to make 2009 an even better and manlier year. Cheers!

Every Man Should Do This Exercise Routine Every Day

Lessons In Manliness From the Gladiator

Make Yourself Stick With These First Impression Tips

How To Ask For (And Get) A Raise Like a Man

The 10 Worst Products For Men Ever Created

We also started a series looking at applying Ben Franklin’s 13 Virtues. This was one of our most popular series. See the wrap up to read all the posts.

The Mechanics of the Man Hug

Bringing Back the Hat

14 Ways To Affair Proof Your Marriage

So You Want To Become a Man

How To Break Down A Door

How To Snag a Souvenir Baseball

9 Ways To Start a Fire Without Matches

Every Man Should Carry a Pocket Knife

How to Leave the Perfect Voicemail

How Do You Know When She’s the One?

Asking a Woman’s Father For Her Hand In Marriage

How To Properly Rock A Pocket Square

The Gentleman’s Guide To Tipping

The Ultimate Man’s Guide to Fireworks

Do More Than One Stinking Pull-Up

The 35 Greatest Speeches in History

The Uncle Buzz Workout: How to Get in Shape Without the Gym

52 Workout Songs To Help You Get Bigger, Stronger, and Faster

The Gentleman’s Guide to the Calling Card

Mayday! Mayday! How to Land a Plane in an Emergency

How To Jump Start a Car

The Bushido Code: The Eight Virtues of the Samurai

The Art of Thank You Note Writing

How to Pack a Bag When Traveling

6 Lessons in Manliness from James Bond

How To Cook and Carve a Thanksgiving Turkey Like a Man

25 of the Greatest Self-Made Men in American History

Finally, make sure to check out our archives for even more manly articles.