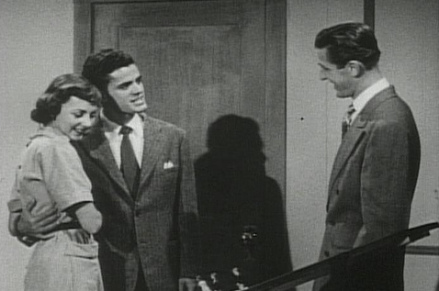 So you’ve stopped hanging out with women and started dating them. Consequently, you’ve found a woman who has become your best friend, and you know she is the one. Things have been serious for quite some time now and you’re ready to take your relationship to the next level: marriage.

One tradition that has been slowly fading away from Western society is asking a woman’s father for her hand in marriage. Many argue that the whole idea smacks of sexism and chauvinism and harks back to times when women were treated like chattel.

Whatever. I think it’s just respectful to ask your future bride’s father for his blessing as you start down the path towards matrimony. It lets your girlfriend’s father know that you’re sincere in your intentions and a true gentleman. It’s an important tradition, a rite of passage, and a bonding experience between you and your future father-in-law. Plus, most women we asked think it’s a sweet gesture.

But it’s no easy task; the experience can make any man a nervous wreck. I remember when I had the talk with my father-in-law; I was sweating bullets. Hopefully, the guidelines that follow will help ease the stress and make the experience bearable if not enjoyable.

1. Talk to your girlfriend first. Before you go and sit down and talk man-to-man with your potential father-in-law, make sure you and your girlfriend are on the same page as far as the whole marriage thing goes. Is she ready to commit? Does she even want to get married? If so, how soon does she want to get hitched? You don’t want to get your girlfriend’s father’s blessing to marry his daughter, just to have his daughter turn you down when you propose.

2. Try to meet him before you ask. If it’s possible, try to meet your girlfriend’s parents a few times before you decide you want to marry her. While my wife and I were dating, I had the opportunity to visit her parents on several occasions. I got to know them rather well before we got engaged. It made sitting down with her dad and discussing my wish to marry his daughter a bit easier because we had already established a relationship. Again, not all situations will allow this, but if you can, do it.

3. Sit down with him man-to-man. There are several ways you can go about this, and I think it all depends on what kind of man your girlfriend’s father is. Consider taking him out to dinner or going to a bar or coffee shop. Breaking bread with him might make the situation a bit more comfortable. If that’s not a possibility, during a visit just ask if you can speak to him in private. If her dad lives far away, try to time the conversation for a trip home which has already been planned, perhaps during the holidays. If this is not possible, it’s okay to conduct the talk over the phone.

4. Start out expressing your feelings for his daughter. I think the best way to start off the conversation is to express to the father your love and admiration for his daughter. Tell him how much she means to you. Mention some specific qualities that you love about her. He raised her, so you are really complimenting him at the same time.

6. Promise him that you’ll take care of his daughter for the rest of her life. Put yourself in this man’s shoes. He’s been the man in her life since she was baby. He’s taken care of her since she was in diapers and only wants the best for her. He wants to know that he’s handing off his little girl to someone that will take just as good care of her as he has. Make the commitment that you’ll always honor, respect, and cherish his daughter.

7.  Respectfully ask for his blessing. Now, just request his blessing and support in you asking for his daughter’s hand in marriage.

If your girlfriend’s father has died, wasn’t around when she was growing up, or is simply a jerk that his daughter avoids contact with, ask the mother.