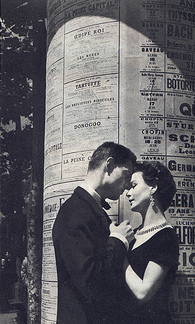 This is the twelfth post in a series about living Ben Franklin’s 13 virtues.

CHASTITY. Rarely use venery but for health or offspring, never to dullness, weakness, or the injury of your own or another’s peace or reputation.

Editor’s Note: Before we get to the post, allow me to head off the would be commenter, who, thinking himself beyond clever, posts something akin to “Benjamin Franklin wasn’t chaste! He was a womanizer!” In truth, this bit of popular knowledge has been greatly exaggerated. Please see here and here.

Also, as we have mentioned time and time again, Franklin openly admitted that he did not live the virtues perfectly. But he felt he was a far better man for having made the attempt to do so. Living the virtuous life doesn’t not mean attaining perfection, but striving to improve oneself.

Ahhh, chastity. A word that can make teenagers blush and grown men cringe. A word that conjures up thoughts of medieval belts, “true love waits” pledge cards, and ranting preachers. Many believe the concept of chastity has no place in a modern, enlightened society. Indeed, in many ways the virtue of chastity is the most difficult to write about. Unlike the other virtues, it is hard to define chastity apart from its relationship to religious beliefs. Yet, while the precise definition of chastity will vary from man to man, there are aspects of this virtue that all men, regardless of belief system, should aspire to.

In today’s sexualized society, promoting chastity is seen as prudish and old fashioned. In the eyes of many, promoting chastity on a men’s site will be seen as almost contradictory. Isn’t manliness all about the notches on your bedpost of the women you have conquered? We propose that manly sexuality shouldn’t be about the number of women a man beds; rather, it should be about focusing one’s sexuality in meaningful relationships.

Sex as a Consumer Good

Sex, it seems, is everywhere. It pops up in every nook and cranny of our day to day lives. We see sex on our television, in our magazines, and on our computers. It is used to sell everything from shampoo to jeans. While once viewed as a sacred mystery, today it has become just another consumer product that can be bought or sold. Sure, people have sold sex since the beginning of history (they don’t call prostitution the oldest profession for nothing). What’s different now is that the very idea of sex has been commercialized and in the process cheapened.

People today approach sex just as they would approach buying a widget. The focus is on YOUR satisfaction and YOUR pleasure. A man thus fantasizes about his next “purchase.” After that hook-up gives him the pleasure he was seeking, he shops around until he finds another person that can satisfy the urge. When he gets tired of that woman or he sees a better and higher end model, he trades-in that person and goes after the upgrade. The problem is that people aren’t things; they’re, well, people. They have hopes, dreams, feelings, and aspirations just like you do.

The Problem with the Hook-Up Culture

On college campuses hooking-up has replaced dating. Guys seldom ask girls on out real dates: outings they have planned ahead of time and which involve just the two of them. And they even less frequently ask that girl to be their girlfriend and enter into monogamous relationships. Instead women and men hook up at bars, Greek houses, and parties. They have their way with each other and then hope never to have a run-in around campus. College is seen as the time to sow one’s wild oats before settling down at some yet to be determined, but definitively far off time.

While many (maybe most?) men see all this as harmless fun, the reality is that there are negative consequences to these hit and run sexual encounters. In truth, “casual sex” is an oxymoron; there is no such thing.

While for some men, sex is just another recreational activity like going to a baseball game, in reality sex is a powerful part of the human experience. Whether you are religious or not, it is wrong to strip sex of any kind of sacredness. The reason sex feels so fantastic is biological propagation insurance; after shooting wooly mammoths and pulling up roots all day, the human race needed a push to overcome the tiredness, get jiggy with it, and perpetuate the human race. Sex is not just erotic and hot, it’s the way in which human life is created. Regardless of how you think the human race came to be, the creation of life is surely imbued with power and mystery. Whether you want it to be or not, sex forms a union between you and the woman you are with. It’s the joining of two bodies together. Powerful hormones and feelings are released when you have sex. Evolution set up these feelings with the intention of bringing two people together to care for a new human life. It’s ridiculous to unite with a woman in this powerful coupling and then change partners like you’re changing a shirt.

Even if you wouldn’t use the word “sacred” with “sex,” it should at least be seen as “special.” Keeping it special means placing some boundaries around it. The extent of these boundaries will vary from man to man. But there are real reasons for not diluting it beyond measure:

Cheap Sex is Crap Sex. Sex is pretty much the most vulnerable thing you can do. You’re totally naked, worried about your performance, and not to be crude, but sticking your body part into another person. Good sex therefore involves a lot of trust. A trust born of real love and intimacy. The kind of intimacy born of late night conversations, dinner dates, fights, and reconciliations. If you’re having sex with someone you don’t love, you’re simply using them as tool for your pleasure. You might as well be doing it with an inflatable doll. The more you are in love with someone, the more fantastic sex is. The more commonplace sex becomes, the less spectacular it will be. This is the “dullness” Ben was referring to.

Casual Sex Disrespects Women. Even if you can get your jollies from a one night stand, no strings attached, that doesn’t mean your partner feels the same way. While you may be in it for the good time, the woman you hook-up with may develop feelings for you. I know there are woman who have no problem with random flings. But I also know more women who want to believe they’re down with hooking-up but feel hurt afterwards. I knew a lot of women in college who had random hook-ups, after which the guys didn’t call, and who suffered from bouts of depression and angst. They never connected the dots, but I have no doubt there was a correlation. And yes, this goes for guys too. You might hook-up with a girl who’s just leading you on, and get your heart crushed when you realize you’ve been played. Wait until your relationship is committed before being intimate.

Casual Sex Doesn’t Prepare You for Sex in a Real Relationship. Those who encourage men to have multiple sexual partners, argue that if you only have sex with a few, or heaven forbid, just one, sexual partner, you won’t know what kind of stuff you like and how to please the partner you finally do settle down with. On VH1’s recent documentary on sex, Woody Allen compares this to getting your driver’s license without having a learner’s permit. But casual sex is ill preparation for the monogamous variety. Good sex requires communication and a willingness to sometimes delay one’s pleasure for your partner’s benefit. But casual sex involves little communication and little incentive to maximize your partner’s pleasure. Sure, you want to show her a good time. But you’re mostly focused on getting off yourself, and hey, you’re never going to see this woman again, so if it’s so-so for her, who cares?

Related to this, is the argument people make for not saving sex for marriage. Now I know this definition of chastity is not embraced by many men. But those who do embrace it are often berated for choosing a life partner without knowing if the two of you are sexually compatible. I think this argument is total bunk. While it makes sense theoretically, how would it play out practically? Does this mean that if a man is totally in love with a woman, and then they have sex and it’s awkward, he would kick her to the curb and scrap the whole relationship? I have honestly never seen this actually happen. Hey, here’s a novel idea: How about if two people are sexually incompatible they work on their communication, maybe even go to therapy together? Pretty mind blowing, huh? There are plenty of good reasons to delay your intimacy.

Furthermore, as my friend Dave is fond of saying, “Sex is like ice cream. The more flavors you sample, the harder it becomes to settle on one flavor for the rest of your life.

Be sure to listen to our podcast on what’s causing our modern “sex recession”: