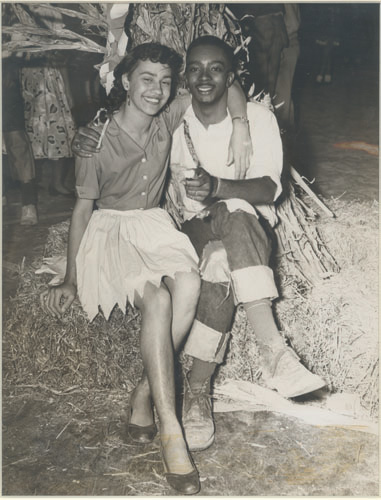 What: Potentially a relationship.

It’s that last question where most guys get stuck and end up with the cliche answer of “the bar.” The reality is very few relationships begin in bars and pubs. According to a survey by sociologist David Grazian, only 20% of adults met their most recent partner at a bar.  So there has to be other places to meet a woman, right?

Sure there are. But first, do yourself a favor. Forget the where for a second and instead focus on the why. Why are you looking? Be honest. If your answer is: “because I’m unhappy/bored with being alone, and I’d just really like to be in a relationship…” then you might as well be looking for a date on Jupiter. Get more than okay with yourself and be fine with being alone, and then it’ll happen. As to where? Could be anywhere. Amazing, single women are certainly out there. But they tend to only reveal themselves as such to confident men who are open to a relationship, yet at the same time aren’t exhibiting the slightest hint of desperation. Now with all that said, here’s a few non-bar places to keep your ears up… 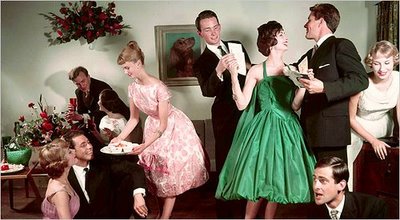 You got friends right? Friends that might even be married or have significant others? These friends probably throw parties/get-togethers/poker tournaments/Kentucky Derby shindigs (whatever, you get the point) from time to time. Show up, look good, have fun. One of those times your pal’s wife is going to invite her new co-worker friend to that same party. Maybe you two will hit it off. Just don’t egg your friends on to set you up.

Nice guys don’t always finish last. And nice guys show up to charity events to support great causes. Every non profit from food banks to humane societies have started throwing swanky evening affairs. Silent auctions, live auctions, dinner, dancing, etc…not a bad way to spend some cash for a good cause and maybe meet a few people along the way.

It’s a pretty difficult place to launch a relationship, but if you’re a gym rat that gets to your health club of choice at the same set time, more than a few days a week, then you’re going to see some familiar faces. You get used to seeing the regulars. And if there’s a particular regular that you find yourself working out around that’s of some interest to you? An opportunity might present itself. Plus, if you care about your health, and she cares about hers, well there’s something in common already. But this is seriously dangerous. High adrenaline + lack of clothing almost always makes you the creep. She’s there to workout. Just like you. Respect that. But don’t shy away from it if there’s maybe something there.

They’re just like bars. Only instead of alcohol, the drug is caffeine. And the women who frequent coffee shops tend to be more laid-back and grounded. 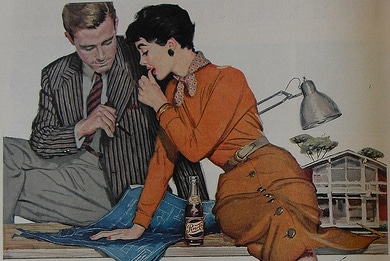 Take a look at these awesome plans I’ve drawn up here…to take you out on a date.

It’s where I met my wife. Actually, we met before I had the job there. I went in for the interview, saw her walk by, and felt extra motivated to land the gig. It can get pretty dicey if you’re dating someone in your workplace, but if it’s someone you really connect with? It’s worth the land mines. Just know your company’s procedure and shoot a quick email to HR. Best case scenario is that the two of you become great friends, develop a mutual attraction, and then she leaves to take a better job at an ad agency across town. Worked out perfect for me.

The tellers. Goodness. You’re given just the right amount of time to make small talk and perhaps even make her laugh. Plus you have a natural exit each time. Let that develop. And if it doesn’t work out? There’s always the ATM.

Pet owners get each other. Especially those that love their dogs. If your dog and her dog get along and like to play? Bonus. But don’t go out looking to adopt a dog just to use as date bait.

Don’t laugh. You’re online right now. And as great of an idea as an Art of Manliness dating site spin-off may be, Brett hasn’t gotten to that one yet. Yes there are plenty of odd ones (both male and female) lurking on dating websites. But if you live in a city where people get married young? And those that aren’t married have a hard time connecting? It’s not a total waste of time. Two of my most favorite people on the planet met online. She’s a whip smart, big city gal with a job that takes her around the world…and he’s a works with his hands, born and raised in North Dakota, ready to match wits, hunter-type who loves his yellow lab and 57 Chevy. They ended up together because they’re perfect for each other and neither was desperate to be in a relationship. That and he resisted making his dating site profile pic one of him holding up his latest kill from a hunt. Don’t do that. Women don’t tend to like that. 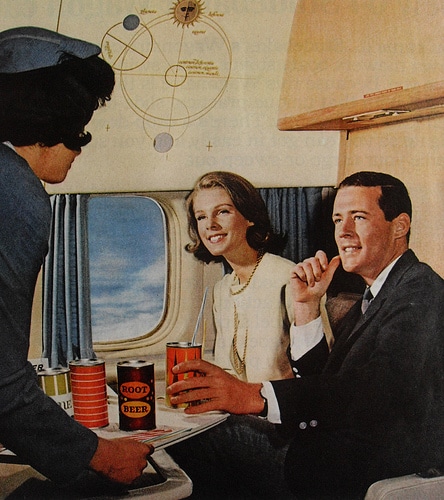 Step 1: Leave your crocs and torn jeans at home. Attractive women seem to really be into guys who take the time to dress well when travelling. It’s probably because outside of Walmart, an airplane is where people tend to dress their absolute worst. Look down the rows of any major commercial jet and most people look like they’re dressed to clean out the garage. If you’re the guy in the suit, or even nice jeans, decent shoes, and a cotton blazer? Congrats. She’ll want to sit next to you or maybe even share a drink during a layover. The most obvious drawback is that she might not live where you live.

Now don’t go showing up to some church just so you can pick up the ladies. Even if they don’t immediately sniff out your insincerity, success will mean snagging a devout woman who will eventually discover your true intentions and the fact that you’re not on the same page. But if you’re already the religious type, church is a great place to meet women. First, the odds are already in your favor with women outnumbering men at nearly every church. Second, many of these women are looking to meet Mr. Right, so they’re approachable. Third, you know right off the bat that all these women likely share your same religious beliefs and values, which is an important factor in the success of long term relationships.

Many churches have singles programs that you can join. Sign up for the activities and get involved.

Despite the benefits of meeting women at church, there are a few drawbacks. The dating pool is often small which can create a lot of drama. For example, you can date one woman one month and decide it won’t work, so you break it off. Problem is you’ll still have to see her Sunday, which can make things awkward. Things can get even more uncomfortable if you decide to date another woman in your congregation. Tread carefully.

The Rest – Where Women Tend to Be

Rec sports leagues, volunteer organization events, bookstores, affordable furniture and decor stores like Cost Plus World Market, even Bed Bath & Beyond. These are all places where you can, if you so choose, engage a great looking woman in conversation without coming off as creepy. How do I know? I asked a panel of six female friends, and they all agreed that these extra locations should give a guy ample opportunities to strike up a conversation with someone whom he probably has something in common with. For the shopping locations, they’re relatively gender neutral but are also places where most women will gladly give you her opinion on an item (a new book, a bottle of wine, something that hangs on a wall). Activities like sports leagues or volunteer organizations guarantee you’ll have something to talk about. Whether it’s the cause you’re supporting, or the softball game that was just played. Just be your normal charming self, dress like you care about your appearance (because you do right?), and let it happen.

As a final note, keep in mind that women aren’t specifically in these places to be picked up by a dude. They’re working, exercising, and relaxing. So be wary of becoming an annoyance, where she has to dread seeing you walk in the door at her place of work or has to switch her workout time to avoid seeing you at the gym. Start with really short, passing chit chat, and slowly work towards having a little longer conversation. If she’s giving off signs that she’s into you, then continue. If not, then back off. And if you can’t read those kinds of social cues? Well you should probably work on that before you start dating.

Time for an AoM poll… Where’d you meet your significant other? Leave it all, bars included, in the comments section below.


Joe Weber is the Director and Editor of www.Dappered.com where affordable style is the one and only focus. He believes that living right, living well, and looking good doesn’t mean you should go broke in the process.