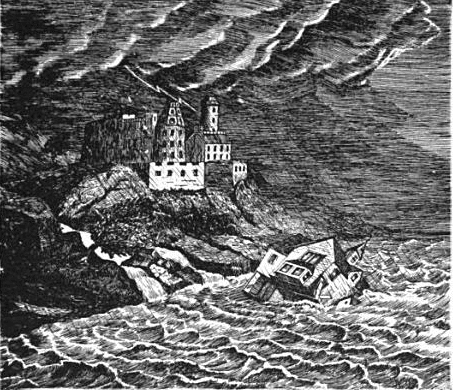 “Foundations”
From Traits of Character, 1899
By Henry F. Kletzing

Don’t risk a life structure upon a day’s foundation. —

The government building at Chicago, a large, massive structure and apparently well built, so that it might stand for a century, was recently torn down, not because the superstructure was not firm, but because the foundation at several places was found faulty. Thus, at a great expense, the old building is removed and a new structure is erected, all because the foundation was not safe. Men fail of their best efforts because they were unwilling to prepare well in days when preparation was the one duty.

The foundation for greatness must be laid in youth. Young men frequently make a serious mistake here. They are content with following the pleasures of youth instead of improving early opportunities for preparation for life’s great work. Wellington frequently said that Waterloo was fought and won while he was a schoolboy. It was what he learned then that prepared him for that great battle. Inattention to the foundation has mined many a structure. Inattention to the intellectual and moral development and preparation has ruined many a life.

See yon building rise. While men were engaged in laying the foundation there was nothing attractive about it. Dirt and stones and mortar are not sightly objects. It is only when the superstructure is rising that the attention of the passer-by is given to it. This is why not more attention is given to foundation work. Many a youth who has attracted attention by doing work successfully thinks that his foundation is sure, and looks only to the superstructure. Many a college graduate has dreamed of greatness while delivering his final oration as the applause of friends greets his ear: but too often he is never heard of afterward. Life consists of more real and earnest things than brilliant graduating orations.

Do not mistake the applause of others as success. Avoid the idol which many worship—the love of notoriety and applause. Look to the foundations.