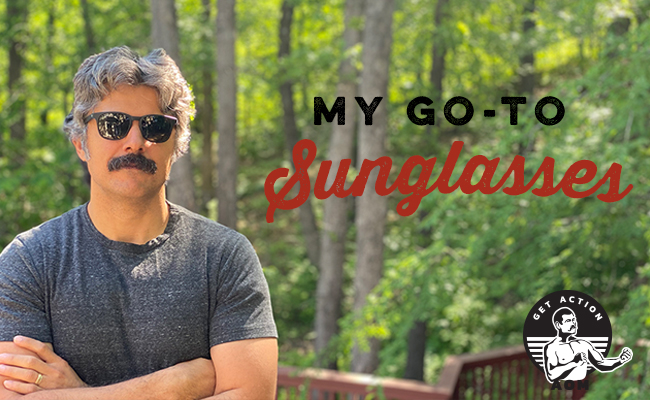 I’ve owned my share of expensive sunglasses over the years.

I had a pair of Garrett Leights that I purchased back in 2013. I loved them. I felt like JFK checking out Saturn moon rockets every time I wore them.

Because my Garrett Leight shades were so pricey, I took extra good care of them. I had a temple piece fall off its hinge a few times, but I was always able to get it repaired. By treating them with kid gloves’ caution, they lasted four years. But then one day, my four-year-old got a hold of them. They ended up on the ground and stomped on because happy-go-lucky tykes have no concept of $300 eyewear. My Garrett Leights snapped right at the nose piece. Not salvageable, so out with the trash they went.

My next pair of sunglasses were less expensive than the Garrett Leights, but still pricey. I bought a pair of Ray-Ban Clubmasters at Tulsa International Airport before catching a flight for a family vacation to Vermont. They set me back $160, but I felt super dope in them. Again, like JFK. This time on a yacht off Nantucket.

They didn’t make it home with me. Lost somewhere in the Green Mountains. I hope some hearty Vermonter found them and is wearing them to the local co-op to buy oats in bulk.

It occurred to me at this point in time that maybe sunglasses were too “disposable” to be worth investing much money in. Being small in size, inherently fairly fragile in construction, and worn precariously perched on one’s snoz, no matter how well you take care of them, they’re going to get left at a restaurant, dropped off a boat, or smashed by someone’s behind before you get a chance to pass them down to your grandkids. Given that expensive designer sunglasses and bargain sunglasses typically have the same functionality — offering the same UV protection — it just seemed like life was too short for shades you have to treat delicately and worry about having to periodically replace.

So I decided that moving forward I would just start wearing cheap sunglasses. Really embracing that philosophy fully, I bought my next pair at a gas station. They cost me $20. But, while they kept the sun out of my eyes, they made me look like the kind of middle-aged dad who lists “The School of Life” in the education section of his Facebook profile. Which is to say, I didn’t look cool. And life is also too short not to feel cool.

I needed a pair of sunglasses that were functional, affordable, and cool.

Thankfully, around this time our good pals at Huckberry launched their own pair of in-house shades. They call them the Weekenders. I call them the perfect pair of sunglasses.

Note: While we are affiliates of Huckberry, this endorsement was neither paid for nor solicited. I am a genuine wearer and appreciator of HB’s Weekenders.

Why Huckberry’s Weekenders Are the Perfect Pair of Sunglasses 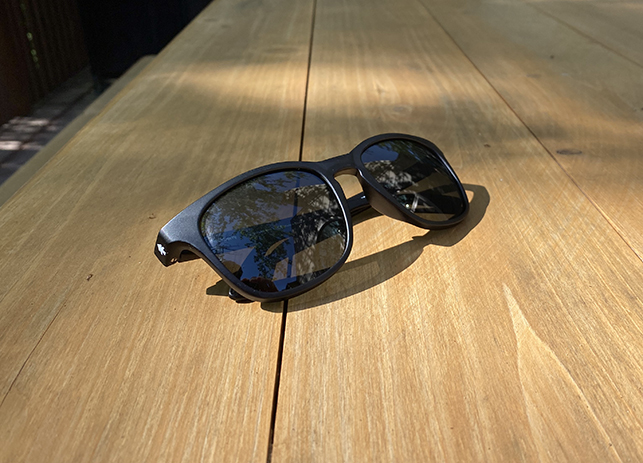 They block the sun. Polarized, scratch-resistant lenses that cover your whole eye mean you get maximum glare and sun blockage — especially handy for when you’re driving west at sunset.

They feel great. Weekenders are super lightweight and fit snugly but not too tightly on your face. I don’t even notice when I’m wearing them.

They can take a beating. The materials and design are made to take a beating. You don’t have to baby your Weekenders. I’ve had pairs sat on in the car, stepped on by children, and smooshed inside of a backpack during a hike and they still came out unscathed. 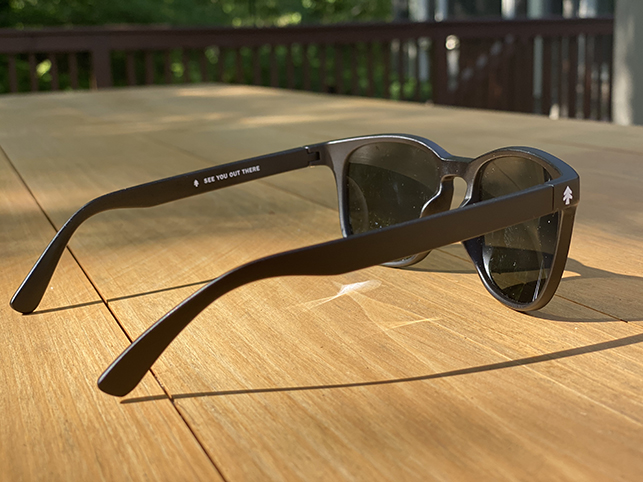 They look cool. The Weekenders are based on the classic Wayfarer design, but updated to look a bit sportier. I feel like JFK . . . well, I’ve run out of sunglasses-wearing JFK analogies. I just feel cool wearing them and I’ve gotten a lot of compliments from people (even random strangers, not just Kate and my mom) about how my Weekenders look on me. So there. Case closed. I’m cool.

They’re inexpensive. A pair of Weekenders will set you back $35. While I do my best to take care of them (I’m not a careless spendthrift), I don’t fret over potentially losing or breaking a pair. I never would have worn my $300+ Garrett Leights to go tubing down the White River in Vermont, but have no problem wearing my Weekenders to do the same. There’s a big difference between dropping $300 and $35 in the water.

If you’re looking for a pair of adventure-ready sunglasses that can take a beating, look great, and won’t break the bank, pick up a pair (or two) of Weekenders from Huckberry. Slide ‘em behind your ears with suave smoothness, put on a pair of City Slippers and a fresh tee, and you’re all set for summer. 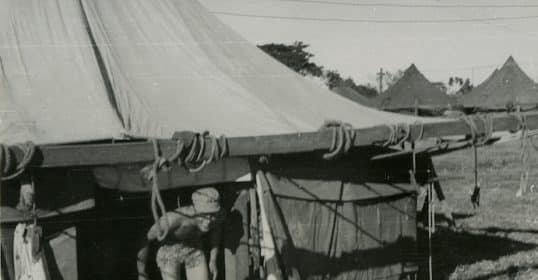