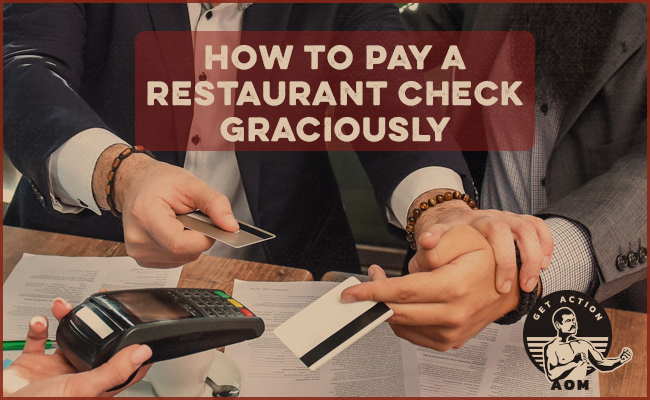 We’ve all been there. You’re out to eat at a restaurant with a friend, professional colleague, or family member. The meal is finished and the waiter drops the bill off on your table. You want to pay the tab. But as your hand reaches towards the folder in which the ticket is tucked, your dining companion reaches out their hand for it too.

“No, no. I want to treat,” your guest counters with a firm, insistent smile.

“How about I get this one and you get the next one?” you respond with a friendly-but-kind-of-forced chuckle.

It’s starting to get a bit awkward. A game of competitive generosity is going on. Who will turn their belly up first to show submission?

Here’s how to do so, and pay the check like one gracious son-of-a-gun.

How to Graciously Pay a Restaurant Check Without That Awkward, Fake Argument at the End

For some social situations, the rules around the payment of a dining bill are, if not universal, then widely agreed upon. When a group of individual friends or paired-off couples go out to eat together, the assumption is that you’re going to split the check, dividing it up equally (if you’re sharing dishes) or according to who ordered what. If a guy asks a gal on a first date, the great majority of people still think that the former should pay.

Who should pick up the check is more of a nuanced, gray area in other scenarios, however, as when you’re eating out with your folks or in-laws, dining with a business colleague where there’s a hierarchical difference in your positions, or meeting up one-on-one with an old friend you haven’t seen in a long time.

You can add clarity to murkier situations and prevent a tug-o-war over the check at the end of an otherwise pleasant meal, by following these tips:

If you’re the one initiating the get-together, be clear from the get-go that it’s your treat. According to the classic rules of etiquette, the “host” of a dined-out meal is supposed to pick up the bill. And what makes a host, a host? Usually it’s the person who initiates the get-together — who makes the invitation. (Again, this doesn’t really apply to ordinary dinners with friends, unless you’ve initiated the dinner to celebrate someone’s birthday or other milestone, in which case, you are the host, and should pay for the honoree’s meal.)

Most people aren’t aware of this rule these days, though, so when you suggest the get-together, clearly let them know that that’s the deal. When you call or text, say, “Hey (insert name), I’d like to treat you to dinner this Friday so we can catch up! How’s about it?” From the get-go, your potential dining partner knows that you’re the host and that you’re treating them.

Despite this heads-up, some people will still try to pay the bill once the waiter drops it off at the end of the meal. So to nip that in the bud . . .

Get to the restaurant early and give your card to the waiter or maitre d’. As the host of the get-together, you should get to the restaurant first in order to greet and welcome your invitee. Getting to the restaurant early will also allow you to take care of the bill before your guest even arrives. Hand your credit card to the waiter or maitre d’ and ask them to put the tab on your card. Once you and your dining partner are done eating, the waiter will simply bring you the receipt to sign. This is a smooth move to employ when you want an important dinner to go off without a hitch.

If you can’t get to the restaurant early, discreetly give the waiter your card during the meal. If you can’t get to the restaurant before your companion, let the meal proceed as usual. Then, sometime during it, excuse yourself to use the restroom. As you’re walking there, drop your credit card off with your waiter along with instructions that you’ll be picking up the tab.

Those three tactics will be your best bets in avoiding an awkward tug-of-war over who’s going to pay the bill for a meal eaten out. If they don’t work and your dining partner gets to the check before you, don’t make a scene. Offer a single volley in this ritual with a perfunctory-but-polite, “Are you sure? I’d like to treat.” Then, when they respond with “No, no, I’ve got it,” simply smile and say, “Thank you very much.” 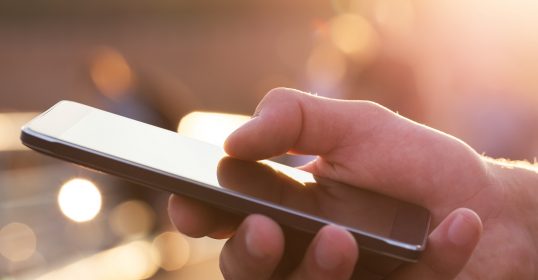 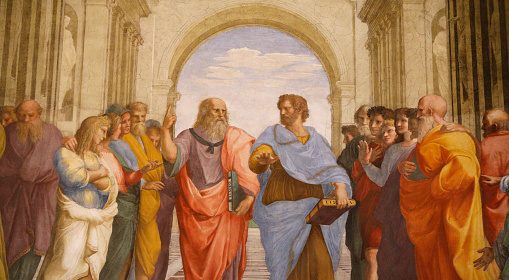