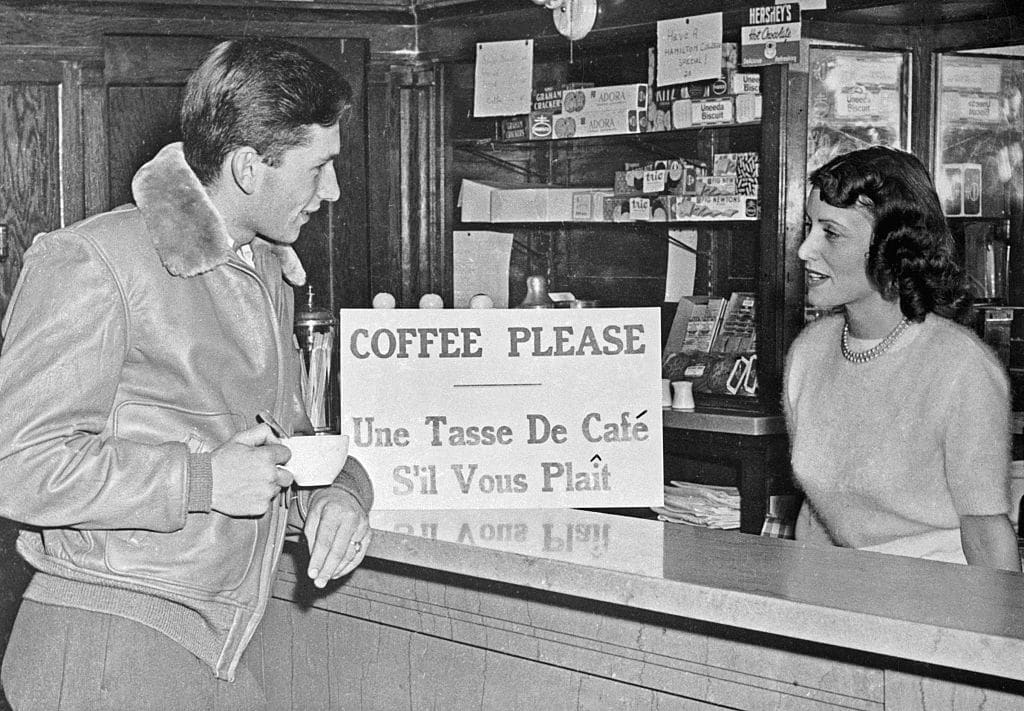 You’ve talked to a cute barista at your favorite coffee shop for months, but you only see her when she’s working.

You’ve become good buddies with a guy at work, but you’ve never hung out with him outside the office.

You really enjoy chatting with a dude at church, but you’ve never moved beyond making small talk on Sundays.

A lot of men bemoan the less-than-robust nature of their romantic and social lives, but the truth is, they haven’t done much to change them. These men are reactive instead of proactive, hoping that someone else will make the first move instead. Yet other people are in the very same passive mindset. Thus, nobody gets together with anybody!

If you want to make progress in your social life, it’s up to you to break this stalemate by taking the initiative yourself. You do that by inviting people you want to get to know better to do things — to go on a date or hang out.

Of course, the reason the majority of people don’t take the initiative is that doing so is risky — you worry your invitations will come out weird and that your friendly entreaties will be rejected. Fortunately, it’s easy to make invitations in ways that significantly reduce any potential awkwardness, and greatly increase their chances of being accepted.

Be specific and direct. How many times do you run into an acquaintance and the conversation ends with this exchange: “We should hang out sometime,” followed by their response, “Yeah definitely.” Of course, neither one of you sees the other until you randomly run into each other again, only to repeat your vague intentions of getting together “sometime.”

Instead of making hazy, indefinite invitations, be specific and direct. Ask someone if they want to do X activity, at X place, on X day, at X time. Ask a yes or no question, and get a yes or no answer.

Don’t ask: “Are you doing anything Saturday night?” Garner explains why:

“Many people (and I am one) feel embarrassed at responding, ‘No I’m not doing anything at all.’ And having said that, some feel resentful at being put into the position of having to either agree to the proposal, offer another, or say in effect that they’d rather do nothing than be with you.”

Start small. People are more likely to say yes to an invitation that requires a minimal commitment. So instead of inviting someone to an elaborate, multi-hour affair, propose meeting up at the gym for a workout or for drinks after work.

On the romantic front, instead of asking someone out to dinner, ask if she’ll join you for coffee. A coffee date is accordion-like in its structure: if it goes poorly, you can keep it short and depart after 20 minutes or so. If it goes very well, you can expand it further and ask if she’d like to go do something else. “What’s the rest of your morning look like? Do you want to go check out the farmer’s market?”

Sound casual. The tone of your invitation will influence its recipient’s response. The sound of anxiety and desperation reads as low status; it sends a visceral signal that you’re going to be a negative burden in their life rather than a positive asset.

To which of these invitations would you respond more positively:

Don’t imbue your invitations with heavy, life or death stakes. Keep ’em light, casual, and confident. Your tone should be: “I think you’d have fun doing this. But if you don’t want to go, that’s okay by me. No big deal.”

If you get a no . . . What if you follow the tips above, but the person still says no to your invitation?

If he or she says no, but proposes another time — “I can’t make it this Saturday, but how about the next?” — then they likely reciprocate your interest (platonic or romantic) in getting to know each other better.

If they say they can’t make it, but don’t propose another time, then they’re not likely interested in hanging out.

Still, try extending an invitation again a few weeks later. If you get the same response (a no without an attempt to propose another time), then you can feel more certain that they’re not interested.

There are exceptions of course, and the firmness of this guideline applies more to asking for dates (it’s essentially the Brad Pitt rule) than asking platonic acquaintances to hang out. In the latter case, if you keep running into each other and having good conversations in which the other person expresses what seems like sincere interest in hanging out, you might consider extending a third or even fourth invite. Well spaced out, of course. Some people are just flaky, and really poor initiative takers, or just passing through a busy phase in their lives, and need multiple invitations before they’ll say yes. (Of course, if they start off very flaky, that’s likely how they’ll always be, which, even if you become better friends, may prove hard to accept!) Read their tone, and parse their words, in deciding how persistent to be.

If you determine that that particular person doesn’t wish to hang out, no worries. Now that you know how to make non-awkward, easily accepted invitations, you can start regularly offering them to the many other fish in the sea!