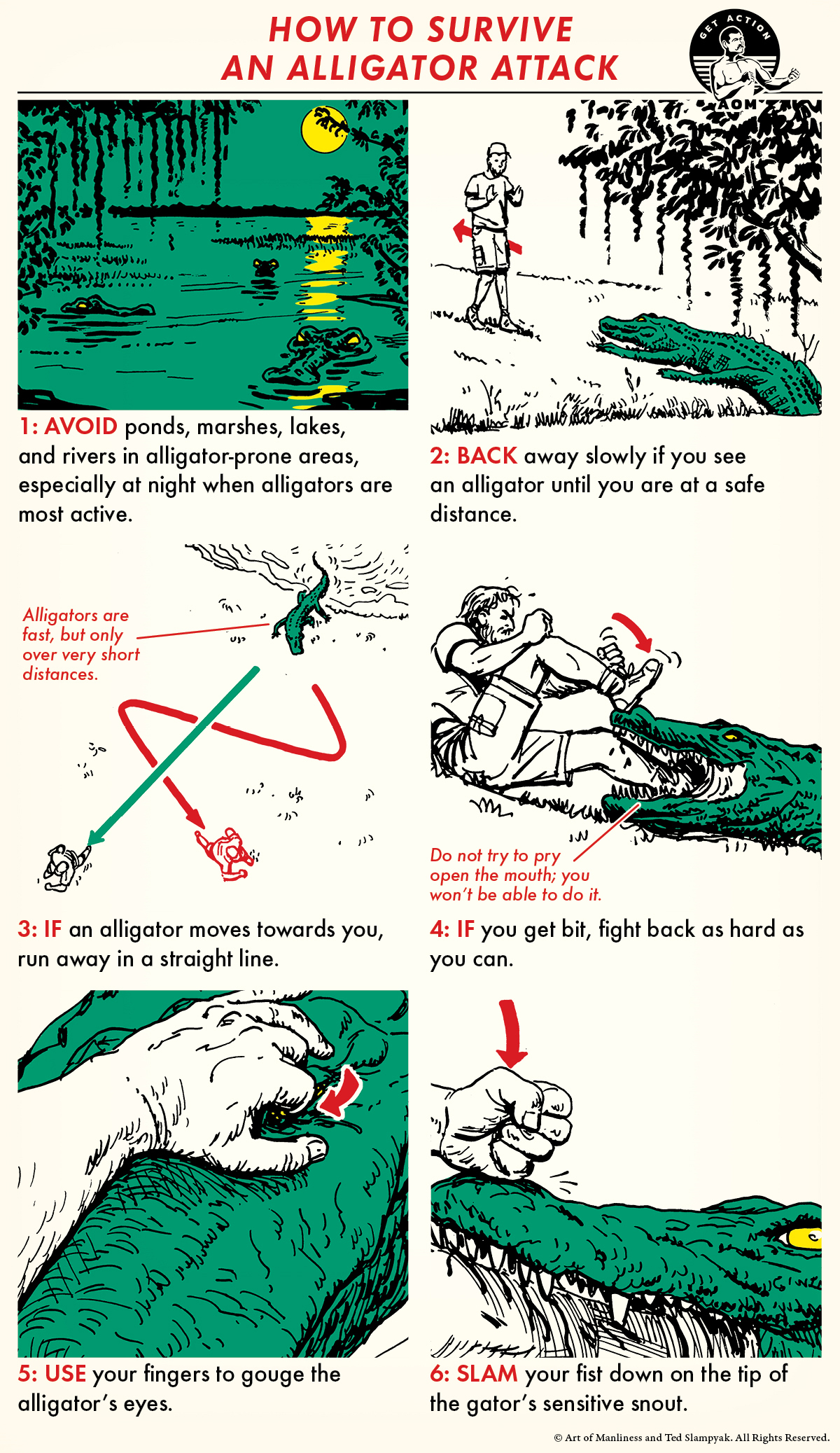 In late August of 2018, a woman was walking her dog at a golf course on Hilton Head Island in South Carolina. As she approached the 13th green, an alligator appeared and attempted to attack the woman’s dog. When she tried to protect the dog, the alligator turned on her instead, dragging her into the water and killing her.

Over five million alligators live in the United States, occupying a territory that stretches from South Carolina to Texas, with the majority residing in Florida. The good news is that gators typically don’t go after people. They primarily eat smaller prey like fish, raccoons, birds, turtles, and sometimes deer. If they attack a person, it’s likely a case of mistaken identity; in the above story, the woman’s dog was the original target.

The bad news is that gators are incredibly powerful if they do get a hold of you. With 150 million years of evolution to back them up, alligators are pure killing machines. Some are over eleven feet long, weigh up to 1,000 pounds, and can bite down with a PSI of nearly 3,000 pounds. But for all that power, gators do have some weak points. Understanding how to exploit them could save your life if you ever get attacked.

How to survive an alligator attack

1: Avoid ponds, marshes, lakes, and rivers in alligator-prone areas, especially at night when alligators are most active.

2: Back away slowly if you see an alligator until you are at a safe distance.

3: If an alligator moves towards you, run away in a straight line.

5: Use your fingers to gouge the alligator’s eyes.

6: Slam your fist down on the tip of the gator’s sensitive snout.