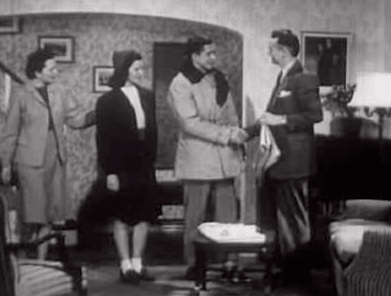 Meeting your girlfriend’s parents for the first time is a big step in a relationship. You’re taking it up a notch from casual dating; you’re saying that you’re ready to start solidifying your couplehood by placing yourself inside of her social and familial circle and allowing them to put a face to the name. You won’t be able to slink away later as an anonymous dude. You’re ready to announce your interest in a lady to the most important people in her life.

Thus, the experience can be a tad nerve racking. Parents are pretty protective of their daughters. They want to feel comfortable with the idea of you as a boyfriend, as possibly the future man in her life. A boyfriend can make a woman completely happy or totally wreck her life, and they want to know that it’s the former. And on the flip side, your girlfriend really wants her family to like you. She wants you to shine so she can get their approval. And if she’s hoping for a long-term relationship with you, she’s got her fingers crossed that you’ll get along with them.

So that’s a lot of pressure. You’re a man and you’re cool under pressure, but to have that kind of confidence you have to prepare. Follow the tips below, and your girlfriend’s mom will be raving about you to all her friends.

It’s cliché, but it’s the truth: you never have a second chance to make a first impression. Your girlfriend’s parents are going to be sizing you up and making assumptions about you the minute you walk through the door.

Dress sharp. Nothing telegraphs more about your personality than your clothes. Besides your face, it’s the first thing your girlfriend’s parents are going to be taking in when they open the door. Even if you’re just having a casual dinner at their house, look presentable and put together. It’s hard to go wrong with khakis and a nice polo shirt. Don’t wear anything too outlandish. If your clothes need ironing, iron them.

Bring flowers for mom. We instantly like people who come bearing gifts. So present mom with a classy bouquet. If you purchased the flowers from the grocery store, take a moment to remove the price tag before you get out of the car.

Be engaged in conversations. One of the best ways to be charming is to act genuinely interested in people. People like others who seem interested in their lives, and they love to talk about themselves. So ask your girlfriend’s parents questions and listen attentively when they talk to you. When they tell you things, ask follow-up questions to get more details. And follow the basic rules of polite conversation: avoid controversial topics, don’t interrupt, don’t swear, etc.

Give compliments. It’s almost always a good idea to say how nice their house is. If the place is clearly a dump, then skip it, of course. Giving praise will backfire if it’s not sincere. If they cook for you, always compliment the grub. And ask for seconds, even if you’re not hungry. Say something nice about your girlfriend too. Her parents raised her, so you’re really complimenting them at the same time. Naturally, you should never overdo it with the praise. There’s a big difference between being a kiss-up and being polite.

Don’t act nervous. Even if you are. Much of how we judge a man is related to his confidence and bearing. Even if her dad intimidates you, and is clearly sizing you up, don’t act intimidated. Look him right back in the eye. Speak clearly and articulately. You’ll never gain his manly respect by staring at your shoes and breaking out in a sweat. And if you appear shifty, the parents may assume you have something to hide.

Be a Good Houseguest

If you’re spending the night with your girlfriend’s parents, be sure to follow the rules of being a polite houseguest. In addition, remember to follow some additional guidelines:

Don’t walk around in your skivvies. Don’t come to breakfast in your BVDs. Always bring a t-shirt and pajamas pants with you so that if you’re woken in the night or they walk in on you in the morning, mom’s not going to get an eyeful of your man junk.

How you leave your girlfriend’s parent’s house is just as important as how you enter. Leave them thinking happy thoughts about you.

Give them a nice goodbye. When you’re leaving, thank your girlfriend’s parents for your visit. Tell them what a pleasure it was to meet them. Shake hands again. If mom goes in for the hug, give her a good one.

Write a thank you note. If it was a brief meeting, this is not necessary. But if they made you dinner or you stayed at their house, write them a thank you note. If you were an overnight guest, you can do this while still in their home; leave the note on your bed or the kitchen counter. So you might want to bring some stationery with you.

Any other advice for meeting your girlfriend’s parents for the first time? Leave a comment.

Many thanks to AoM reader and mother of two daughters, Leslie Tincher for the idea for this post and much of the material for it.