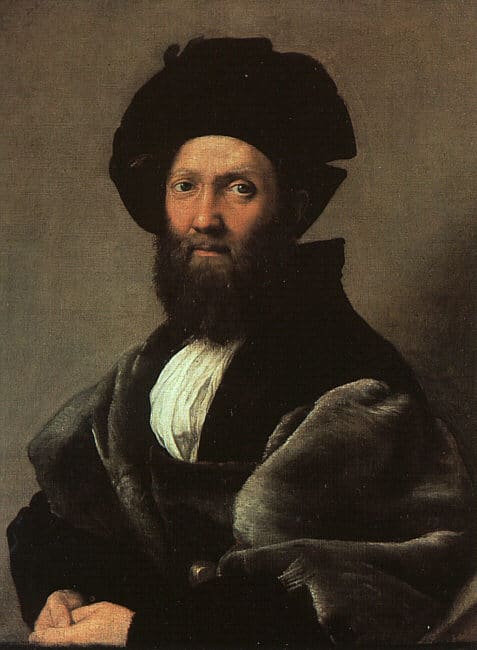 Editor’s note: This is a guest post by Brad Miner. Mr. Miner is the author of The Compleat Gentleman.


What was once called sprezzatura, a wonderful word coined by the sixteenth-century writer Baldassare Castiglione, is a kind of graceful restraint that is an elemental characteristic of true civility. It helped define Western ideas about the gentleman, and it helped strangers to manage the slow transition to friendship.

Castiglione was an advisor to Popes Leo X and Clement VII, and to the Holy Roman Emperor Charles V. Castiglione’s The Book of the Courtier appeared in 1528, but it has surprising freshness today. It was considered revolutionary in its time, and yet Castiglione’s take on manliness owed much to Aristotle and Cicero. The ideal courtier was to have Aristotelian arete, which is to say excellence. An aristos (whence our word aristocrat) was educated in the best ideas and tempered by training to possess the best impulses, martial and artistic. He was, in Jacob Burckhardt’s phrase, engaged in “self-fashioning.” For Aristotle — and for men of the Renaissance such as Castiglione and Shakespeare — the standard for self-fashioning was the “golden mean,” the center between extremes. As Peter Burke explains: “Courage is defined as the mean between rashness and cowardice, liberality as the mean between extravagance and parsimony, and so on.” From Cicero, Castiglione took the Stoic concept of neglentia diligens (studied negligence), an obvious precursor to sprezzatura. And like many writers of his period, Castiglione respected Ovid’s famous observation, “Ars est celare artem.”

The purpose of art is to conceal itself.

Castiglione advocates such “art” in the formation of the gentleman, but his critics say he means pretense or dishonesty, and Castiglione’s courtier has come down to us as a superficial fellow content to fake it if he can — so long as the deception is shrewd.

No one is born a gentleman. Becoming one is a matter of education, and Castiglione’s “art” is really the practice of the principles that when finally internalized create the man whose urbanity, wit, athleticism, and restraint have sunk into his sinews.

A gentleman practices sprezzatura so that he can get it right. Confucius said that “although the gentleman may not have attained goodness, he acts in such a way so that he might become good.”

Developing sprezzatura is a worthy challenge in a culture that discourages and is suspicious of discretion and restraint. Many people are simply aghast at taciturnity. We tend to distrust anyone we suspect of not being “open.”

But the whole point of restraint, and the etiquette supporting it, is to give us a chance to negotiate slowly and carefully the difference between being strangers and becoming friends.

The handshake developed as a way strangers could show themselves unarmed. It was a sensible and cautious first step towards friendship. We do well to remember that intimacy must be a process, a negotiation, and that who meets a stranger and jumps quickly into bed, so to speak, has a better than even chance of waking up next to an enemy.

The ability to pause before acting and then to act sensibly is manifest prudence, which is the first among the cardinal virtues.

A man who has sprezzatura is content to keep his own counsel. He not only does not need to have his motives understood, he prefers that they not be understood. His actions, including his carefully chosen words, speak for him. It is not necessary for others—save his intimates—to know more.

Although it is not specifically a reason for embracing circumspection, it so happens that a discrete gentleman amasses, over time, a tremendous edge in the affairs of this world. He hears things that others do not, because people of all sorts confide in him, knowing that he will not betray their trust. The knowledge of the human heart that the compleat gentleman thus develops can be a burden, but it is also something of a liberation. It may call upon every bit of his strength to restrain himself from saying or doing more than he ought with knowledge gained from friendship, but there it is.

The art (and depth) of sprezzatura is defined by a man’s power: the stronger and wiser he is, the gentler his manner and the more circumspect his speech; the more, in other words, his true self is hidden.

Of course there is more to sprezzatura than just restraint. There is the quality people refer to when a man is called suave. Cary Grant was usually a gentleman in his film roles because he seemed able to do difficult things with ease and because he seemed a “man of the world,” not only suave but urbane as well. One could not imagine him saying anything inappropriate, and it was inconceivable that he would blurt out an intimacy, perhaps not even to an intimate friend. He knew the difference between a true friend, an acquaintance, and a stranger.

Implicit in sprezzatura is not only an effortless elegance but also a strenuous self-control. In the end, to be a gentleman is to hold Stoically, quietly to the conviction that he not be seen doing his “gentlemanly thing.” Silence really is golden. As Cervantes has Sancho Panza put it: “A closed mouth catches no flies.”