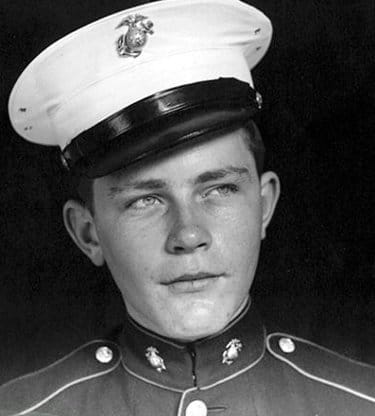 One harmful mindset that can keep a man from fulfilling his calling and potential is self-coddling. This is when he convinces himself he deserves a break, and runs to something that ultimately harms himself.

The WWII Marines of K/3/5 had been fighting on Guadalcanal for weeks. C-rations had run out, and the men ate twice daily portions of coconuts and wormy rice they’d confiscated from the Japanese. 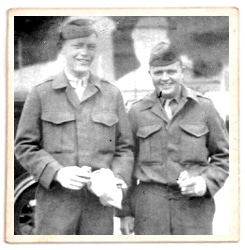 PFC Sid Phillips (featured in HBO’s The Pacific) grew increasingly concerned for his hometown friend, W.O. Brown, racked with severe dysentery. Everything W.O. tried to eat ran straight through him. There was no medicine. No cots to lie on. The sick were simply stretched out on the ground. W.O. grew so emaciated he was too weak even to sit up. Flies covered him as he lay in his own diarrhea.

“It was bad,” Phillips reported in an interview with me. “I didn’t think W.O. was going to survive.” 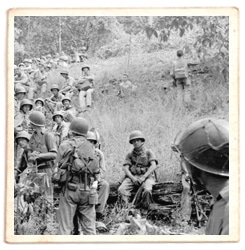 Each day, Phillips carried W.O. to the ocean and helped him get clean. I asked Phillips if he remembered any specific conversations he had with W.O. during these times of carrying him. Here, I was expecting a poignant story. I pictured this young battle-hardened Marine carrying his nearly-dead buddy to the water. “Keep holding on,” Phillips would whisper. “Have courage. Just think of mom and apple pie.” Something like that.

But Phillips just chuckled. “Oh yeah, I remember. I told W.O. to stop being such a faker and take a salt tablet.”

The response threw me. I asked Phillips (who eventually became a medical doctor) what his strategy was.

“Well, it didn’t help a man to overly commiserate with him,” Phillips said. “If you did, it just depressed him. But if you kidded him, it made him smile. The ribbing was all good natured. He’d fire back some wisecrack at you, and soon he’d get to fighting again.”

How does this apply to manhood today?

Phillips respected W.O. Brown as someone who had the capacity to get up and go on. So let’s believe the same about ourselves.

Anytime a man is in a downed place—i.e. he’s annoyed, angry, tired, hurt, lonely, stressed, or frustrated—he is tempted to become overly sympathetic with himself. He gets that insidious, creepy, pampering mindset that tells him he deserves a break—just this once.

I’m not talking about kicking back on the couch with a bag of Doritos. Not that kind of a break.

I’m talking about blowing it: the lie that it’s okay to run to a favorite vice. We’ve all got them. We run to whatever ultimately harms us, because we’ve convinced ourselves it helps. It’s the worst form of coddling.

By the way, the strategy works. W.O. Brown survived the dysentery—and the war.

All Photos Courtesy of Valor Studios

Editor’s note: If you want to learn more about Sid Phillips I highly recommend watching this profile that was done of him for HBO’s The Pacific. A really great watch: