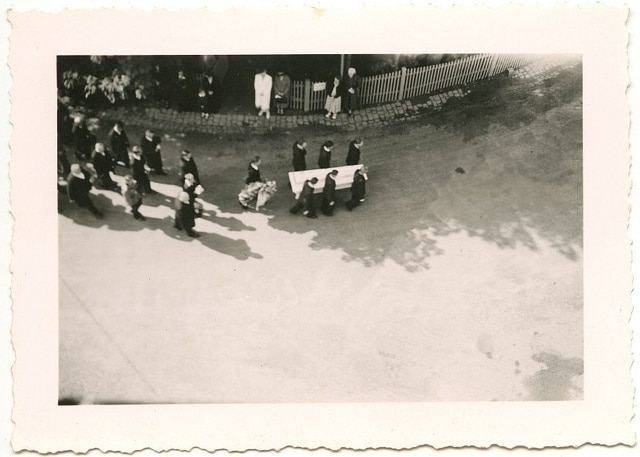 With our archives now 3,500+ articles deep, we’ve decided to republish a classic piece each Sunday to help our newer readers discover some of the best, evergreen gems from the past. This article was originally published in September 2016.

It was written by James “Buzz” Surwilo, who unexpectedly died last week. Buzz was Kate’s uncle, Brett’s adopted uncle, and one of our best friends. Buzz taught us, and AoM readers, how to work out without a gym, fell a tree, and make maple syrup. He shared with us why spending a day at the horse races is so enjoyable, why it’s important to keep in touch with old friends, why you should always get your dog from the pound, and how truly sad it is when you have to put your faithful pooch down (a real dog-lover, one of the saddest things about Buzz’s death is contemplating how his current dog, Danni, will be waiting, forever in vain, for her faithful master to return home.) Buzz was a one-of-a-kind, salt-of-the-earth guy, an American original who never compromised his principles to join the consumeristic rat race, looked on wryly at our culture’s various weirdnesses (his review of the Tough Mudder is worth a read), and was always up for a new adventure, like volunteering to fight forest fires for the first time in his fifties.

He will be greatly missed. R.I.P., Buzz.

Out of the desire to honor a comrade, I began contemplating attending Justin’s memorial service. But you know how these things go — the internal back and forth that accompanies this kind of choice: I have no personal connection to this person, it’s an hour and a half drive, there will be plenty of other firefighters there, the grass needs mowing. Is a desire to go, well, weird?

The high school auditorium was packed, airless, and stifling hot, with the overflow crowd in the adjacent gymnasium. Justin’s family occupied the front and center rows, with a dozen or so of the Montana-based hotshot crew to the front and side. We other 30 or 40 wildland firefighters from four states and several federal agencies walked in single file and took seats behind the Lolo crew. Off to the side came in dozens of structural firefighters who, to their great credit, stood at attention in the oppressive heat for the hour-plus-long service.

Justin’s best friend, aunt, fiancée, and mother all spoke from the heart with beautifully moving eloquence, and often laughter-producing humor. Coming from someone who gets anxious speaking to 25 people on some rote, dry subject matter, it was incredible that these bereaved people could find it in themselves to sincerely voice their feelings on stage to over a thousand people, many of them strangers. And to watch a poignant slideshow of Justin from baby to sports nut to hotshot crew member, with their loss so recent and raw. I’m not sure I could have done that, and I have nothing but admiration for them all; an act of bravery to rival any firefighter’s.

I believe in always going to the funeral. My father taught me that . . . ‘Always go to the funeral’ means that I have to do the right thing when I really, really don’t feel like it. I have to remind myself of it when I could make some small gesture, but I don’t really have to and I definitely don’t want to. I’m talking about those things that represent only inconvenience to me, but the world to the other guy. You know, the painfully under-attended birthday party. The hospital visit during happy hour. The shiva call for one of my ex’s uncles. In my humdrum life, the daily battle hasn’t been good versus evil. It’s hardly so epic. Most days, my real battle is doing good versus doing nothing.