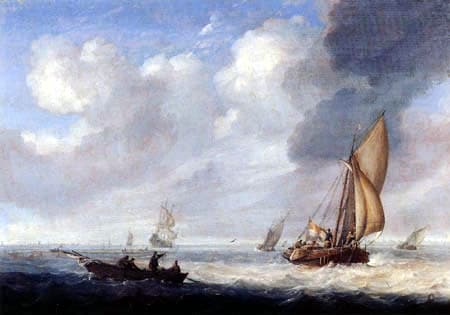 “How to Make the Most of Life”
From Every-day Religion, 1886
By James Freeman Clarke

Some persons make a great deal of life; others very little. To some it is intensely interesting; to others, very vapid. Some are tired of life before they have begun to live. They seem, as has been said, to have been born fatigued. Nothing interests them. This is a species of affectation with some persons to whom it seems a mark of genius to be weary of life. They think it argues an enormous experience and that they have exhausted everything. Wherever it is an affectation it is a very shallow one. Noble and manly natures seldom fall into this pit of satiety. They are full of hope and energy. To them life has inexhaustible charms. It is ever more rich, full, and varied. Each day dawns with new expectations, and closes with fresh hopes for to-morrow. And it is these living men who keep the rest of us alive. Whenever we meet them more sunshine comes into the day. Let us only share their enthusiasm, and we too cannot help making a great deal of life.
…

This…is the first rule for making the most of life: Forget yourself in some interest outside of yourself. He who is turned inward, thinking of himself, admiring himself, complaining that he is ill-treated; he who thinks he ought to have more of the rewards of life—he is the one who does not begin to live. Life is born out of communion—communion with God, Nature, man. “We only live,” says the profound thinker, the philosopher Fichte—”we only live when we love!” How true that is! We must be interested in something in order to be alive, and no one can take a great deal of interest in himself. Looking in the glass is an unprofitable occupation. Socrates, indeed, taught, “Know thyself;” but the self-knowledge which he advised did not consist in minute self-inspection, but in testing thought and work by that which other men think and do. Socrates did not occupy himself with self-study, but went about the streets of Athens taking an interest in all that was thought, said, and done. He was interested in others—in the condition of the State, the progress of truth, the diet of the soul, the stimulus of goodness, the restraints on evil. How men could be made better and wiser—that was what engaged his whole thought, and this made his life one which has been the inspiration of mankind.

But, you may say, we cannot all be inspired apostles or great philosophers. No; but the motive, the principle which made their lives rich, we can have in ours. This principle is, to be interested in something good; to have an object, an aim, a purpose outside of ourselves.

In the great storms which have lately swept over the north Atlantic, a steamer from our shores discovered another, dismasted and rudderless, drifting before the gale, its decks swept by terrible seas. The sailors volunteered to man a boat, and go to save those on the wreck. The labor was appalling, the dangers frightful; but they succeeded, and saved the lives of their fellow-men. Which has made the noblest use of life, the self-indulgent epicurean, who amuses himself with a little art, a little literature, a little criticism and a little vapid social pleasure, or these rugged, brave hearts, who bade defiance to storm and sea, and brought salvation to those in despair? To forget yourself is the secret of life; to forget yourself in some worthy purpose outside of yourself.

The poor steamer foundered because it drifted; because its steering apparatus was lost. The man who has no aim higher than himself also drifts; he has nothing by which to steer, nothing toward which to direct his life. Do not drift, but steer; that is the second rule.
…

These men, however, it may be said, were enthusiasts; they had enthusiasm for some pursuit, to which they devoted themselves. But most of us are of a more plain, common-sense, practical nature…

Then let us look at a man of another type, who certainly was not an enthusiast, yet who made more of his life, did more, learned more, than any man of his generation. I mean Benjamin Franklin. He was clear-headed and sagacious; but that is not the key to his remarkable career. I think the secret of his vast success was that he did everything as well as it could be done. He put his mind into his work. His motto might have been, “Whatever thy hand finds to do, do it with thy might.” He prized the present moment, and gave his whole thought to it. Most of us do a great many things mechanically, satisfied if we do as well as others, no worse than the majority, so as not to risk much loss or incur much blame. The power of Franklin lay in this; that whatever his hand found to do, he did it with his might. He did not wait till to-morrow to do something, but did what his hand found to-day. It is surprising how little he had of what is called ambition. It seemed to make very little difference to him what he did, or where he was. He drifted to Philadelphia, but when there he did not drift, but steered. He took the first decent work which he could find, and did it with his might. The Governor of the Province proposed to him to go to London, promising to help him to buy a printing-press, that he might do the public printing. After Franklin had gone the Governor forgot his promise. But it made little difference to Franklin. Being in London, he went to work as a printer, and there he remained till some occasion sent him back again to this country. Prudent, economical, industrious, watchful, he could not help growing rich. But he does not seem to have cared much about that. What he wished was to find all the secrets of the work he was doing, finish it in the best way, and to teach others how to do things well. In his shop in Philadelphia, in a printing-office in London, ambassador at the court of Louis XVI., conversing with British statesmen and philosophers, he was the same—a wide-awake person, with his mind keenly fixed on the thing nearest him. He did not worry about possible future evils, nor torment himself about an irrevocable past. He put his whole soul into the present moment, the work just at hand. He gave as earnest thought to the methods of his society of young men in Philadelphia for study and discussion, as to a treaty with France or the formation of the American Constitution. Each thing as it came, took his whole mind, heart, and strength. That was why he did so much. He lived, as has been said, in the whole. Most of us are very apt to live in the half. We put part of our mind into our present work; with the rest of our mind we are worrying about the past or the future, or imagining what other better things we might be doing. So we work in a half-and-half way. Do with your might what your hand finds to do; that is our third rule.
…

Ralph Waldo Emerson is another striking instance in our times of a man who made the most of life. He proved the truth of his own saying, “Let the single man plant himself on his instincts, and the huge world will come round to him.” He had two leading ideas, by which he lived, and which he taught to his age. One of them was “Self-reliance,” the other “God-reliance.” Trust in your own deep and permanent convictions, though the whole world insist that you are wrong. “Call a pop-gun a pop-gun, though the ancient and honorable declare it to be the crack of doom.” He believed in that which was highest, and did that which was nearest, following the suggestive lines of Wordsworth :—

“The primal duties shine aloft like stars;
The charities which soothe and bless and save,
Are scattered at the feet of man like flowers.”

Pursuing his own way quietly, trusting in the intuitions of his soul, saying his own words, not those of any one else, accepting the present moment with its immediate inspiration, and believing in an overhanging heaven and an infinite spiritual presence, Emerson did with his might what his hand found to do, and saw the great world come round to him. Trust in God and your own soul, is the fourth rule.