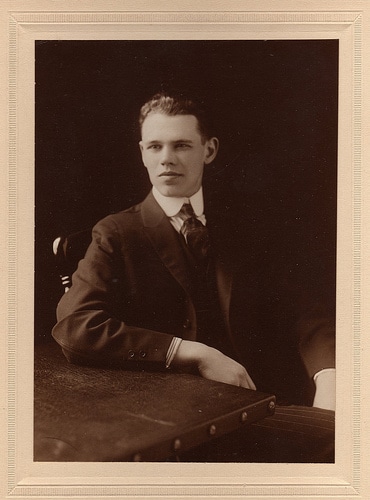 You’ve been really struggling in a class you need to pass to graduate. You studied hard for the final, but still aren’t feeling confident about it. Your friend took the test earlier in the day and offers to tell you exactly what was on it. Should you let him?

Your ex-girlfriend comes into town and wants to have a casual, friendly lunch. Do you tell your wife?

What would you do in the above scenarios? How long would it take you to decide? Integrity is one of those abstract qualities that we all wish to possess, but often find difficult to apply when it comes to real situations and practical dilemmas. What will we do when faced with questions like those above?

The word integrity is related to the roots of words like “integrate”  and “entire.” In Spanish it is rendered “integro,” meaning whole. Integrity thus implies the state of being complete, undivided, intact, and unbroken. Such a state contrasts with one that is scattered, fragmented, and incomplete. In writing this article, I was struck by the way in which integrity pulls together so many of the other things we have discussed on the Art of Manliness. Integrity is really the bond that holds a man’s other virtues together; it is the mark of a man who has successfully integrated all good principles. His life is a unified whole.

Why Live with Integrity

It may not seem like it at first blush, but living with integrity is easier than living a deceitful life. While making unethical decisions is often easier in the short term, it eventually takes its toll. There’s no real happiness to be found in struggling to remember your lies, living in fear of getting caught, and not feeling like you truly earned your reward. It’s empty and stressful. Bernie Madoff may have lived high on the hog, but did he really enjoy his wealth knowing that one day his house of cards would collapse? Living with integrity brings wholeness and peace. Your conscience can rest easy, and you can look at yourself in the mirror with pride.

A man of integrity is a man others can count on. They know he will do what he says he will do. He is promoted at work because he can be trusted with greater responsibility. His wife knows that when he says he’s working late, he really is. His friends feel comfortable opening up to him and turning to him in times of crisis. When you choose to live with integrity, all of your relationships will be healthier, stronger, and more satisfying.

It Serves as a Basis for Value Judgments

The questions given above raise some sticky issues. Every day we are faced with similar dilemmas. A commitment to live a life of integrity allows you clarity when you have to make hard choices. You won’t be at war with yourself over which path to choose. Instead, you’ll experience the confidence that comes with having every aspect of your life knit together in a unity of purpose.

Living a life of integrity is a daily process that’s doesn’t end until your life does. Here are some ways to develop integrity:

Decide now, not later. Many men have not thought through their personal value system. They’re not sure who they are or what they stand for, and they wait until the breaking of a crisis to make their decision. At that point, it’s too late. Faced then with great pressure, you will be more prone to take the route which is easier in that moment. Decide now what you will and will not compromise on. Then, when faced with ethical choices, the decision will have already been made.

Quit the rationalizations. There’s always a million reasons to compromise your integrity. You hear them on the news every day as corporate bigwigs struggle to justify their fat bonus checks. You can always come up with justifications that seemingly make good sense and let you sleep better at night. But at the end of the day, when you place your rationalizations on a scale next to integrity, you’ll realize you sold out something priceless for a measly pittance. There’s nothing more valuable than your good name and the ability to look at yourself in the mirror each day with a clear conscience.

Don’t take the first step. When a great man falls from grace, we often wonder how he could have ever messed up so royally. The truth is that he didn’t wake up one day and decide to commit an egregious blunder. It started with a little fudging here, a tiny bit of lying there. From there he just kept on sliding down the slippery slope of compromise. Don’t compromise on the little things, and you won’t on the bigger ones.

Don’t justify the means for the end. This is probably the most popular rationalization for breaking with your integrity. In reality, the journey towards an accomplishment or decision is just as important as the destination itself. Even if you are richly rewarded at the end, if you cannot look back on the means used to get there with anything but shame, your victory will be hollow indeed.

Take personal responsibility for you life. At the heart of integrity is the ability to own up to the fact that you are in control of your life. You are responsible for both your successes and your failures. Nobody else but you.

Living a Life of Integrity

Integrity is a value that we should strive for in all areas of your life. Here are some of the areas and situations where it should always be applied:

I once read an acquaintance’s blog in which he wrote of running into someone at a bar and struggling to remember what story he had told her about himself. Apparently, he enjoys telling people that he meets at bars and such that he is different people-a pilot, a doctor, a soldier, etc. He said that it sometimes gets hard to remember who he told what.

While this is an extreme example, how many men do you know who act like social chameleons; they are a different guy with you, a different guy at home, a different guy at work, a different guy when traveling, ect. Instead of being a single self, they live as multiple selves, transforming into who they think each group wants them to be. William James, the philosopher and psychologist, said that men have “as many different social selves as there are distinct groups of persons about whose opinion he cares.”

Even if you aren’t outright lying like my acquaintance, turning on some alternate persona in different situations can be exhausting. You end up feeling fragmented and confused as to who you really are. No relationship should require you to pretend to be someone you’re not. If people don’t like who you really are, why would you want to be friends with them in the first place?

The first step towards integrity is being honest with yourself. Be who are. Say what you mean. Do what you say you will do. Don’t just walk the walk; talk the talk.

Integrity in Your Romantic Relationships

Integrity with your Friendships

What does integrity mean to you? What are some other situations in which a man must show true integrity? Share your thoughts with us.