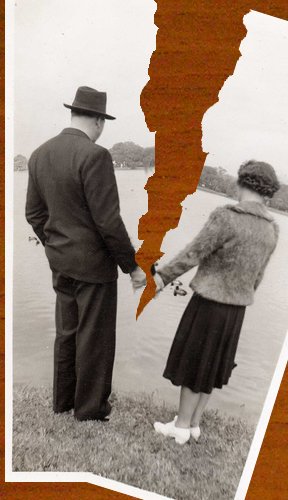 “Matt’s relationship status has been changed to ‘single’ :( .” The first time I saw this on Facebook I nearly choked on my bagel. Not only was Matt experiencing the black pit we call “breaking up,” but he had to face the uncomfortable reality that his new status was being shared in real-time with 437 of his friends, co-workers, and associates.

I felt terrible for him, even thought about giving him a consolatory call…until I found out from a mutual friend that his status change was actually his cowardly method for breaking up with his girlfriend. No phone call, no meeting, just a quick status change to let his partner know that things just weren’t working out.

The amazing part of this story is that most of you reading it probably aren’t all that shocked. It’s not the first time you’ve heard of this dastardly deed or something similar. Somewhere along the line it became acceptable to hide behind the curtain of technology when faced with the unpleasantness of ending a relationship.

There’s no doubt that breaking up is hard. We’ve all been there. The awkwardness, hurt feelings, disappointment and vows of future singleness often play out like a heartbreaking movie scene — except it’s real, and instead of getting to fast forward to the happy ending, you’re stuck in the queasy-stomach present. The truth is, no one likes a breakup, but ending relationships well is a necessary part of life and a skill every man should know how to carry out with dignity and respect.

1) Talk Early and Often – The time of the actual breakup should not be the first time your partner is made aware that you have issues with how things are going. A good friend of mine is fond of saying that relationships are much like driving a car. As long as small steering corrections are made as one rolls down the road, a large jerk of the wheel should never be required.

So, rather than staying silent and suffering through a dreadful relationship until you can’t take it anymore, bring up issues with your partner as they come along. The prospect of conflict can be incredibly uncomfortable for some, but everyone deserves to hear where they are falling short. Real men aren’t afraid to clearly communicate their grievances when it is necessary.

If the relationship must be ended, your partner may still be hurt, but at least you will be able to lay out a strong case as to why you would be better apart than together.

2) Always End It in Person – There is nothing more cowardly and pathetic than ending a relationship over the phone, or even worse, through an e-mail or text message. Yet, more and more men are finding this an acceptable medium for cutting ties.

If you can’t handle the prospect of ending a relationship in person, you shouldn’t start one in the first place.

Set a time and place to meet, and make sure that you give her your full attention (no texting or checking e-mail in the middle of the discussion). She deserves it. Will the situation be awkward and uneasy? Absolutely. But, being a man means giving everyone you enter into a relationship with the basic respect that comes with a face-to-face discussion.

3) Be Clear – The breakup is not the time to be vague or mysterious. Your lady friend will most likely want some specific reasons why you want to end the relationship, so be ready to provide them. A non-answer like, “I’m just not feeling it anymore,” only shows that you are either a coward or a narcissist, but definitely not a man. You don’t necessarily need a record of wrongs, but having a mental list of things that led you down this road will help the discussion move in the right direction.

One of the most telling signs that a break-up was not handled in the proper manner is when your partner walks away still unsure of exactly where the relationship stands or why things played out the way they did. A real man will leave a relationship settled in a way that the woman understands why things were ended – she may not agree, but she is not confused, and if there are things for her to work on, she knows about them.

4) Be Considerate – While clarity is necessary, being cruel is not. Breaking up is hard enough without being demeaned or berated in the process. The breakup is not the time to be telling her that the dress she wore on your anniversary actually did make her look fat or that you’ve met dogs with better breath.

If possible, point out some of the positive things that came out of the relationship. Unless it was awful from beginning to end, there are most likely some good attributes of your partner that can be mentioned. In the end, try to be as much of a gentleman when ending the relationship as you were when you started it.

5) No Hanging Chads – No one likes uncertainty. Remember the hanging chad controversy during the 2000 presidential election? The most frustrating aspect of the situation was not being able to tell who citizens had actually voted for. In the same way, men often leave the relationship in an unsettled manner with words that indicate a possibility of picking things up again in the future. Is it over? Is it not? No one knows.

While phrases like, “Maybe down the road,” or “Just not right now,” may seem like a kinder, gentler way of breaking up, they are actually quite cruel if they are not an accurate representation of your feelings. It may sound brutal, but if you don’t see the relationship ever going anywhere, don’t leave even a glimmer of hope when you breakup.

If you aren’t clear, your partner may think you’re simply wanting a break, that things will come around when you’ve had a little time to cool down. She’ll spend her time waiting on you to get through your “phase” while all along you’re wanting to get far, far away. Be fair to your partner and cut ties completely so they can go on with their lives and you can go on with yours.