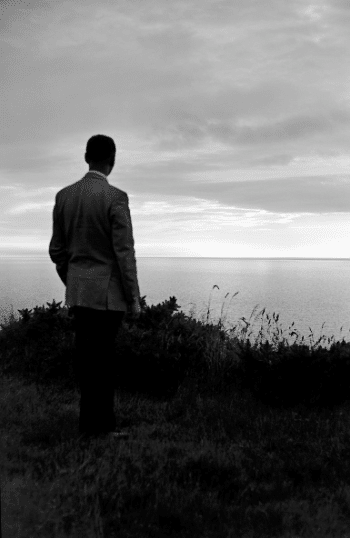 The word integrity is related to the roots of words like “integrate” and “entire,” and its Latin root means “wholeness.” Integrity thus implies the state of being complete, undivided, intact, and unbroken. Such a state contrasts with one that is scattered, fragmented, and incomplete.

When you profess to one principle, but act in a way contrary to it; when you say you’ll do something, but fail to fulfill that promise; when you disregard a business’s or your employer’s rules, even though you implicitly agreed to them in using its service and taking your job; when you act one way as an anonymous avatar online, and another in real life — in short, when you treat others in a way you wouldn’t want to be treated yourself — you create a rupture, a rift, in your character. You divide one part of yourself from another.

In contrast, when you act in line with your conscience, and follow the golden rule, your life becomes a consistent, unified whole. Integrity is really the bond that holds a man’s other virtues together; it is the mark of a man who has successfully integrated all good principles.

It behooves us, then, to regularly check in on how we’re living day to day, and with that in mind, we’ve created 30 questions designed to act as prompts for reflection on your integrity. I originally got this idea from What’s Your Emotional Age? — a book published in 1936. I took some of the questions provided in it, updating some with more modern language, and then created more having to do with contemporary ethical quandaries.

Some of the questions may seem to deal with very small, even trivial issues, where the decision one makes doesn’t really carry much moral weight. But research has shown that people don’t suddenly wake up one day and commit a huge ethical violation; instead, studies have demonstrated that big moral mistakes are invariably preceded by smaller ones. The slide towards ethical ambiguity begins with little, seemingly insignificant choices. Once someone makes such a sidestep, he rationalizes his choice, and his view of what is right and wrong subtly shifts. His ability to commit such acts, and still see himself as a good person, increases. To soothe any cognitive dissonance that remains, he will then act dishonestly again, to further cement and justify his choice. A cycle thus begins that can put a man on a path that takes him further and further from his original principles and intentions.

Thus, in both small choices and big, it pays to be vigilant in assessing whether we’re acting with integrity. It requires the acknowledgment that we can be dishonest by way of commission (a direct action) and omission (the failure to do something) alike. And it calls for the kind of frank, unflinching self-awareness born of introspection. Reflecting on the questions below, as well as those you come up with yourself, will be a help in this ongoing, and never-ending, process.