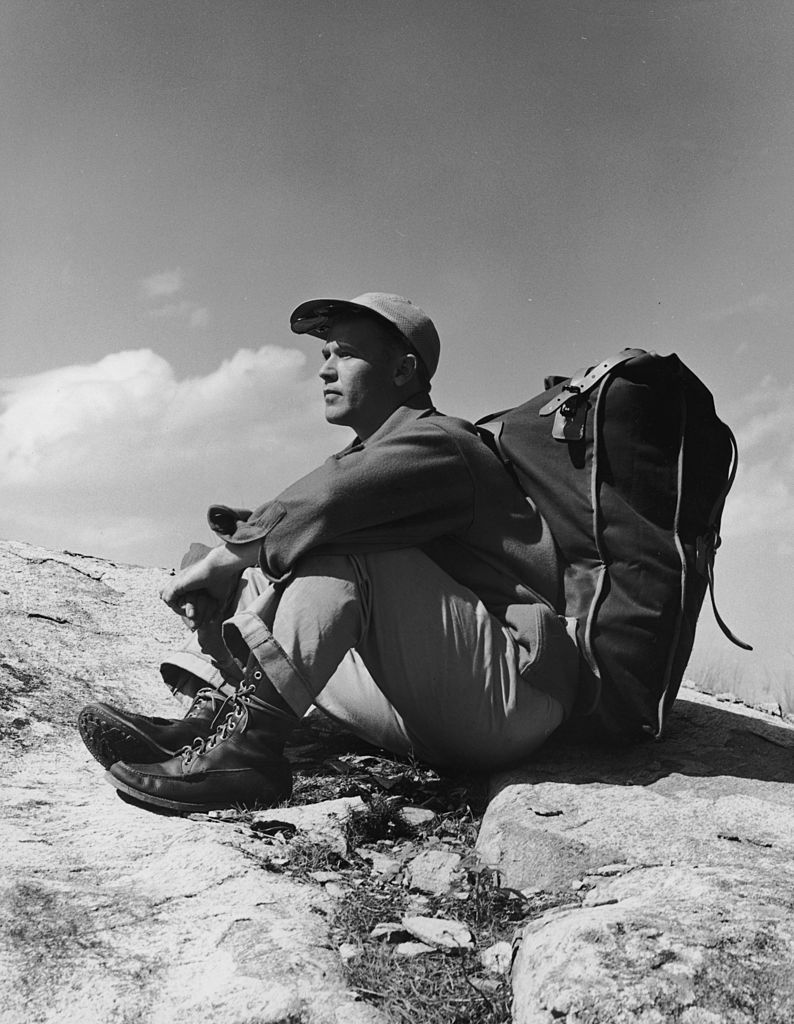 “The Value of Doing”
From The Woodcraft Manual for Boys, 1923
By Ernest Thompson Seton

Our grandfathers alone in the wilderness, were sufficient unto themselves, for they were true Woodcrafters—they mastered the things about them. Conditions have changed, and now most of these things have been taken from the home to the factory, so the old home training is no longer in reach.

The big value of all this knowledge was in that it bestowed power. For learning to do gives more power to do, and when you let someone else do a thing for you, you eventually lose the power to do that thing. Through the ability to do have peoples prospered and nations become great.

When the Romans put in the hands of slaves the doing of everything, they thereby lost the power to do, and were defeated by themselves in their national life and then by their enemies in battle. The Vikings sailed their ships fearlessly and far, for they had proved themselves on many seas. In time of stress, each leader took the helm of his own ship; and the proud boast often heard among these world-subduing northern folk was: “I am a noble. My father owns his own forge.” Always in the world’s history, those who valued the ability to do have been strong and sturdy. The Persians’ battle flag in their strongest time was a blacksmith’s apron. Emerson recognized the value of doing things well when he said: “If a man can write a better book, preach a better sermon, or make a better mousetrap than his neighbor, though he live in the woods, the world will make a beaten path to his doorway.”

So the Woodcraft Boy of today will learn to do, if he would be happy and healthful; for life is made worthwhile, not by the few great moments, but the making of the daily life pleasant and full of meaning. The difference in lives is largely in what one knows and can do. One is of value in the office from this standpoint.

Probably nothing is sadder than to go into a home where everything is bought ready prepared . . . food bought in small quantities at a delicatessen shop, amusement had at the movies or at some place where it can be bought. . . [T]he food was bought in a hurry and haphazardly. The amusements are often flat, and mostly superficial.

Oh, Woodcraft Boy, would you really live? Then begin, not by dreaming of some new field to enter or new worlds to conquer, but by knowing and using all the things about you. Know the pleasure of workmanship, the joy that comes from things made well by your own hands, the happiness which comes from closer touch with the fundamental things of life and the consciousness of being of value to the world.