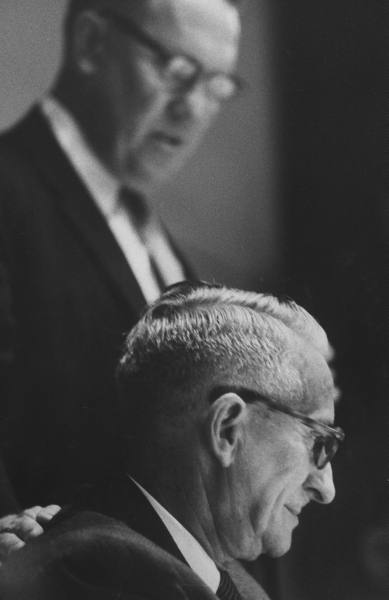 Editor’s note: We previously covered how to give criticism like a man. But it’s equally to know how to render effective praise. So today Tom Cox is going to gives us a primer on how to do so.

Tom Cox is a consultant, author and speaker based in Beaverton, Oregon.  He has worked in nearly every private sector industry as well as the public sector, improving any process that involves people. His weekly radio program “Tom on Leadership” is here and his blog is here.

One of the most powerful forms of human communications is praise. We are surrounded by opportunities to use it — in teamwork, in the workplace, in family life, in volunteering, even in dog training — and when we do it well, it works wonders.

Effective praise can permanently raise someone’s performance. It can dramatically alter someone’s self-image, or even the trajectory of their life. At the very least, it can make their day better.

At the same time, wrong praise at the wrong time, in the wrong manner, can be worse than useless — it can be devastating.

Master a few basic concepts, and you can give truly effective praise every time — you can praise like a man.

At the very least, your praise should always include these three elements:

Their name — you should always address a person by their name because it conveys respect. The sweetest word in most people’s ears is the sound of their own name. And, if you address me by my name, it means you know my name — it means you’ve noticed me. One of the great cravings of the human soul is to be noticed. If you start any sentence with someone’s name, you’re starting off on the right foot.

The specifics — if your praise is vague, it can sound insincere. As you start to praise more, you will frequently encounter people resisting your praise — they will say “it was nothing” or “I was just doing my job.” And maybe, deep down, they don’t think they deserve praise, or perhaps they suspect you are trying to manipulate them. If you are extremely specific, you can bypass that resistance and earn their trust.

“Hey Jim, I was really impressed with you yesterday — I noticed at three o’clock you had that huge stack of orders to handle, and when I was back at four you had finished all of them. That was some great work.”

If Jim is having a hard time accepting praise, the first statement is unlikely to be effective. The second statement, however, demonstrates to Jim three things: that you know his name, that you saw and noticed what he was up to, and that you have a positive opinion of what he did. By anchoring your praise with the specific time and place and other details, you can help Jim give himself permission to believe you.

As you grow in manliness, you will increasingly become the kind of person whose opinion is valued by others. And your good opinion will be valued in direct proportion to how much your listener respects you, and believes you. (Never try to fake sincerity — the worst thing that might happen is, you succeed and get good at it, undermining your integrity, the foundation of true manliness.)

As I teach people how to give effective praise, this aspect of sincerity can be a real stumbling block. If it is, respect it. Become more mindful. When you are mindful enough to notice that you are struggling with sincerity, you are also mindful enough to start to develop some true sincerity. Contemplate the person whom you would like to praise. Open yourself up to noticing what it is they are doing right. Open yourself up to feeling a true sense of appreciation for what they’re doing. Once you’re in touch with that true sense of appreciation, you can voice it with sincerity.

And when you praise, you are making a statement about right and wrong. You can only give sincere praise for good work if you know what good work is. You can only praise someone for taking the right path, when you know which path is right. A real man knows right from wrong, and is not afraid to champion the right.  Effective praise is a gentle and effective way to champion the right.

Once you are starting to get good at normal praise, you can move on to a more advanced form. This is where effective praise can truly become life-changing.

Before you voice your positive comments, stop and ask yourself “What is the positive character trait that must exist inside that person for them to have exhibited this behavior?”

This is always the hardest thing I teach about praise, so give it some respect. In workshops, I will distribute a list of over 100 positive character traits, and give everyone time to browse through it to find one that fits the circumstance. It may be useful for you to have a thesaurus handy. A positive character trait can be anything from honesty to compassion, from hard-working to having a positive attitude, from being customer focused to being a team player.

“Hey Jim, I was really impressed with you yesterday — I noticed at three o’clock you had that huge stack of orders to handle, and when I was back at four you had finished all of them. That was some great work — you were really focused. I like being on the team with somebody who has your kind of focus.”

Several things will happen. If the person is inclined to resist, they may resist more strongly. If your details are not specific enough, they may not believe you. And if you lack sincerity, they will sense it immediately, and they will feel betrayed or manipulated. However, if you have done everything right, if you have been observant, if you are right with the details, if you are sincere, then what you are doing is providing them a glimpse of their best self through your eyes.

I truly believe that none of us will consistently behave in ways that are fundamentally at odds with our own self-image.  Everyone’s behavior will tend to normalize — to cluster around — the behavior that they expect from themselves. When you truly, and with sincerity, give someone advanced praise, you are giving them the opportunity to upgrade their self-image.

Maybe Jim never thought of himself as being particularly focused. Maybe he even thought he was weak in that area. You, however, with your own eyes saw him behave in a highly focused way. When you share that with him, and you give it the name “focus,” he almost has no choice. You’ve shown the evidence, and you’re speaking with sincerity.  At some level, he has to accept at least the possibility that he is a focused person, or that he is capable of behaving in a focused way. When he got up that morning, he didn’t think of himself that way. Now, because of your praise, he can see himself standing with a large “F” on his chest — he is Focused Man.

It is hard to overstate how transformational this can be. Under the right circumstances, the right word of praise and encouragement, spoken into the ear of someone who needs it and is ready, can unlock their human potential.

Because praise is powerful, it is also dangerous. If you give someone praise that they truly don’t think they deserve, they can feel worse than if you’d said nothing, and they can even start to think that you are clueless. Similarly, if someone is convinced they did good job and you criticize or nitpick, that can be profoundly demoralizing.

So, be careful, and practice. A real man can handle power with responsibility. As you continue to grow in manliness, you will find effective praise comes easily to your lips and honestly from your heart. 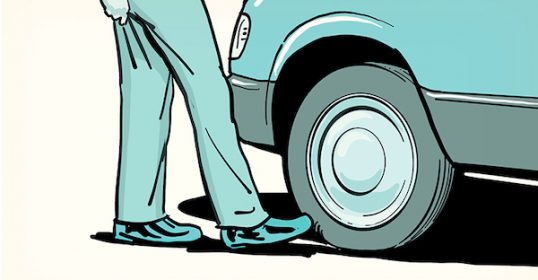 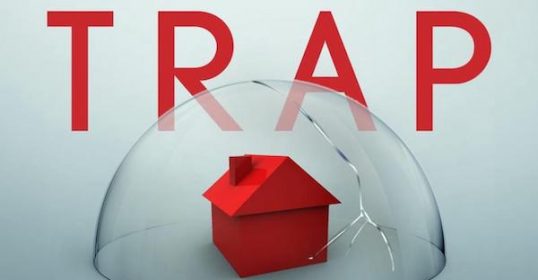