This is the seventh in a series of posts on Ben Franklin’s 13 virtues. 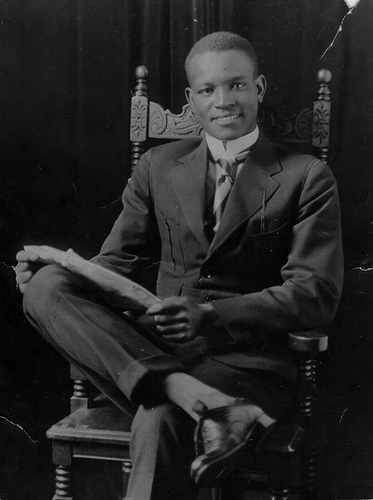 SINCERITY. Use no hurtful deceit; think innocently and justly, and, if you speak, speak accordingly.

These days, “sincerity” has come to be narrowly defined and almost entirely associated with “earnestness” and the state of being truly interested in what you profess to be interested in.The simple sincerity of folk songs is a good example.

But Ben’s definition is a bit broader. The dictionary’s definition of sincerity is: “freedom from deceit, hypocrisy, or duplicity; honesty in intention or in communicating; earnestness.” It comes from the Latin sinceritas, and its first known use was recorded in the mid-16th century. At the heart of sincerity is honesty and serious-mindedness in all your conduct and especially your communications. Honesty, and truthfulness — all working synonyms of sincerity — are the marks of true men. Seek sincerity in all your communications by becoming a man who exudes genuineness, keeps confidences, curbs his sarcasm, and avoids dishonesty.

Most men would never dream of robbing a bank or stealing their friends’ possessions. But many men are far less careful with an equally valuable piece of property: private information. No matter how the information came to you, the sacredness of information in your possession should be closely guarded. You should consider the confidential information given you as money in a trust; you are the guardian, but you are not allowed to spend it. It is rare today to meet a man with whom you can share your private thoughts and know absolutely that that information will never leave the room. Be that man. Be a man of honor. Be a vault.

Gossip can hurt both you and the person you choose to talk about in several ways:

If you are someone who talks behind people’s backs, even those who like you will come to mistrust you. When you hear a man slandering someone else when that person is not present, such insincerity forces you to wonder what that man says about you, when you are not around.

Gossip is inherently unfair. Men should always seek to be just in their dealings with others. But when you gossip, you sully a person’s name without that person being present and allowed to defend themselves. Your reputation is important to you; show that same respect for the reputation of others by refusing to tear them down when they can’t fight back.

Gossip can ruin people’s reputations. Sometimes even information you are sure at the time is true, turns out to be faulty. Nevertheless, the damage is done and people’s perceptions of a person may be forever altered.

How to Keep Confidences

Determine whether or not a piece of information can be passed on or not. Gossip does not have to be false to be gossip. Gossip can be true, yet still no one’s damn business. If you are not sure if something can be shared or not, ask yourself these questions:

If you can answer yes to all three, then go ahead. If not? Shut you pie hole.

But what if others press you to reveal something secret that you know? I recommend the following as an excellent retort: Draw the information seeker close to you and whisper, “Can you keep a secret?” Your friend will then answer, “Certainly!” At this point put your hand on his shoulder and say, “Well, so can I.” End of conversation.

Tone Down Your Sarcasm

I’ll admit it-I’m a sarcastic person. A well-timed zinger can sometimes produce comedic gold. But it’s a tool that’s more effective in moderation. Yet for some men, everything out of their mouth is dripping with sarcasm. It becomes their conversational crutch. When sarcasm becomes excessive it can hurt you and others around you for the following reasons:

Sarcasm is often the refuge of the weak.  Sarcasm is employed by men who are too much of a pansy to say what is really on their minds. According to Psychology Today:

“Though they may not be aware of it, sarcasm is their means of indirectly expressing aggression toward others and insecurity about themselves. Wrapping their thoughts in a joke shields them from the vulnerability that comes with directly putting one’s opinions out there. “Sarcastic people protect themselves by only letting the world see a superficial part of who they are,” says Steven Stosny, a Washington, D.C.-based therapist and anger specialist. “They’re very into impression management.”

Sarcasm can hurt people’s feelings. It’s often a fine line between good natured ribbing and a really stinging comment. While you know you are only joking, others might take what you say to heart.

Sarcasm is too easy. Sarcasm is often used as a cop-out when a man cannot formulate a well-reasoned opinion. It is far easier to throw out a zinger than to make a thoughtful counterargument.

Sarcasm is often used as a defense to mask sincere feelings. As was mentioned above, sarcasm can be used to deflect from what someone really thinks. Frankness and being trustworthy to speak with the honesty of mind will make for better relationships and will make using sarcasm as a defense unnecessary.

In the area of lying, most men do alright when it comes to blatantly fabricating pieces of information. But it is the more insidious lying that is harder to master. In our looks, in our tone, in what parts of a story we leave in and what parts we leave out, we may still be being dishonest. I often hear someone say, “No I didn’t lie to him. I just didn’t tell him everything that happened.” This is still a lie.

Lying is easy to rationalize, especially when telling the truth will bring upon us negative consequences. But we must strive for complete honesty. If you start telling small lies, it becomes easier to rationalize the bigger ones. And if you are almost always honest, and yet are caught but once in a lie, people will question both your past actions and your future remarks. You integrity and trustworthiness will have been effectively shot. Engaging with others and with information in good faith — at all times — will protect your reputation.

But what about lies to preserve people’s feelings?

This is the age old question. What do you say when your wife asks you if she looks fat in something, and she does? How about if she gets a horrendous haircut and she wants to know if you like it? If you are breaking up with a woman and it’s because she is annoying or shallow, should you tell her the truth?

Telling these “white lies” present sticky judgment calls. The right answer varies from situation to situation. A certain amount of white lying is necessary to maneuver at home, in society, and in the workplace, and the English language provides ample room to make these maneuvers. But in general I recommend erring on the side of honesty. I personally tend to be honest to a fault. Sometimes it gets me trouble, but generally it has won me the respect of my peers. The problem with telling white lies is that while they may flatter a person in the short term, they hurt the person in the long term. Take the example of the bad haircut. If everyone tells a woman that it looks fantastic, she will keep on getting the same horrendous haircut. If you tell a woman you are breaking up with that “it’s not you, it’s me,” when it really is her, you deprive that woman of a chance for evaluating how she might change that flaw. So in most things, answering with the utmost sincerity is your best play. However, I can say unequivocally that if you wife asks you if she looks fat, you should always answer no. Even if she begs you to be honest. It is a trap.

Finally, it should be noted that some people use the cloak of honesty as an excuse to deliver callous and cutting remarks. When questioned they say, “Well, t’s proof of my sincerity! I am just being honest!” That may be true, but there is often no need to pipe in if your opinion is not expressly solicited. Use sound judgment and be a gentleman.

Being sincere in all your dealings with others takes practice. By paying attention to what’s in your heart and mind and comparing what’s there to what’s coming out of your mouth, you’ll find it’s something you can do with ease. And other people will notice, too. Sincereness produces an unassumingness and quality of naturalness that others enjoy being around because it inspires trust. Follow Ben’s advice and work to make sure the virtue of sincerity is something you embody.