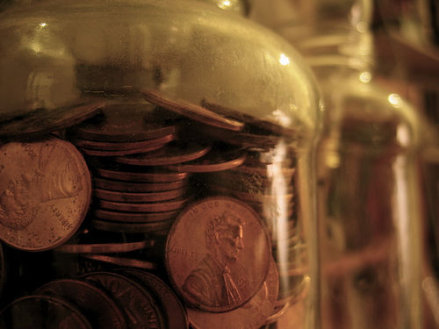 Americans’ are saving their money at the lowest rate in 73 years-the lowest rate since the Great Depression. The national personal savings rate was negative (!) 1% in 2006. That means that as a whole, the country is spending more than it is taking in.

With the economy on a downhill slide, Americans may start tightening their purse strings. But I predict that instead, people will simply start running up more credit card and loan debt. They have gotten used to a certain lifestyle, and feel entitled to continuing living it.

I was once watching a TV show in which a round table of finance gurus were dispensing money advice to the studio audience. One of the advisors said that people should give up little luxuries like a daily Starbucks run and save and invest that money instead. A woman in the audience stood up and cried, “But what if I don’t want to give up Starbucks?” The crowed roared and clapped in approval.

The Founding Fathers feared such attitudes. They feared that too much luxury made a nation weak. They would often point to the Greeks and Romans as examples of what happens to a nation when it lets prosperity go unchecked by temperance and frugality. John Adams often preached against “effeminate luxuries.” And although wealthy, Ben Franklin lived a relatively simple life. He made an effort to eat and dress plainly.

Unfortunately, Americans have lost sight of the importance of frugality. For a generation of men who have grown up in a period of unprecedented affluence, living frugally seems down right silly and old fashion. But if a man wishes to remain economically and emotionally independent, frugality is an essential virtue to develop.

Why Being Frugal is Essential to Manning Up

Frugality Keeps You Out of Bondage

Think what you do when you run in debt; you give to another power over your liberty. ~Benjamin Franklin

Our society is laden with debt. Personal debt is slavery. The interest that accompanies high consumer debt never sleeps or dies. If you fail to live up to your obligation to pay, it will crush you.

Last summer I clerked at the U.S. Trustees office, the section of the Department of Justice that handles bankruptcies. While many of the people filing bankruptcy were there because of catastrophic events like serious illnesses, most were there because frivolous spending finally caught up with them.

While bankruptcy provided these people a chance to start fresh, it came at a serious price. Their credit will be ruined for the next ten years. Every time they apply for a loan or a job, prospective lenders and employers will see that big black ugly mark on their record.

Debt can and will ruin you. It will take away your liberty and dignity. Avoid it like the plague. Embrace personal responsibility and enjoy the liberty and peace of mind frugality affords.

Frugality not only frees you from the bondage of debt, it also liberates you from the shackles of excessive stuff. Think about how much time you spend keeping track and taking care of your stuff. By reducing the amount of stuff in your life, you reduce the amount of time you have to spend taking care of it, which leaves you with more time to focus on the things that are truly important in your life.

Success in life requires a man to have self-mastery. Learning to control your spending is one way you can develop your self-discipline. The ability to distinguish between wants and needs and to postpone those wants until they are affordable is a mark of a true man. It is child-like to rush out and buy something simply because you feel you must have it now. Maturity means having the self-discipline to live within your means. If you have the tendency to make frivolous purchases, make a concerted effort to not make the purchase. After a while, you’ll notice that it will become easier to fight the urges to buy stuff. Self-discipline in your finances can translate to self discipline in other areas of your life.

Frugality Helps You Be Self-Reliant

“Do we not realize that self respect comes with self reliance?” ~Abdual Kalam

Frugality not only provides an economic advantage, it also grants you the feeling of independence and self-respect that comes from being self-reliant. Think back to last time you fixed something around the house. How did you feel? Pretty damn good I bet. A few months ago, the cable on our clothes dryer went out. I could have called the repair man, but I wanted to save money. So, I just looked up the problem online, bought a replacement cable, and tinkered with the dryer for a couple of hours. When I got that thing to work, it was a great feeling. I felt good because 1) I saved some money, 2) I learned a new skill, and 3) I felt self reliant; I didn’t have to depend on repairman to fix it for me. I could do it myself.

Fathers used to pass down to their sons skills like how to change a tire, build a workbench, fix a faucet, change a car’s oil, build a shelf, ect. Today that unfortunately doesn’t happen as often. So you may need to check out a book, search Google, or ask a friend before tackling a problem you would normally hire someone to do. The extra time put in will be worth it. We’ll be posting some “how-to” articles here on the blog as well.

Frugality Forces You to Embrace the Real You


Our consumerist society wants us to believe that we are what we buy. Consumerism says that everything you purchase and own sends a message to the world about who you are and the values you hold. If you want to change your identity, it’s as simple as going down to your local mall and buying the clothes, the music, or the appliances that will give you that identity. People can spend fortunes in an effort to capture some idea of “cool” that marketers are currently hawking.

Frugality forces you to come face to face with the fact that you’re not what you own. Instead of looking for external modes of affirmation of personal worth, frugality requires you to look internally. By making the decision to not spend your money on stuff to make you feel better, you can start spending time developing habits and traits that will make you a better man.

Listen to our podcast about the philosophy of frugality:

How to Be Frugal

When it gets down to it, being frugal basically means not buying stuff you cannot afford. For more information, watch this video.

If you’re looking for resources on how to practice frugality, there are hundreds of websites out there that are dedicated to it. Here’s a list of my favorites