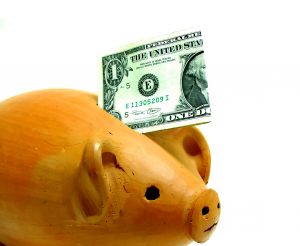 It’s common knowledge that if you want to be wealthy, you have to save and invest. But looking at statistics, it seems this knowledge is becoming less and less common. In 2005, the United States recorded a negative savings rate for the first time since the Great Depression. We live in one of the most prosperous times in the history of the world, yet we’re not saving. Why?

Well, here’s a short list of lame excuses that people give to justify not saving.

1. I’ll do it later. This is a common excuse among young people and probably the lamest. A young person in their 20s thinks “I’ve got 60 years to save money. I need to enjoy myself now.” If you’re in your 20’s, NOW is the time to save. You have plenty of time to let the magic of compound interest grow your wealth. Start young and you can save less and still make more money in the long run than if you started to save later.

To give you an example of the power of compound interest, consider two different people- Jack and Jill. They’re both 22 years old and both have an extra $2,000 a year. Jack takes his extra $2,000 and socks it away in a IRA Account with a 12% return. Jill on the other hand spends her $2,000.

Jack saves $2,000 a year for 6 years and doesn’t save a dime after that. Jill spends her extra $2,000 a year for 6 years, but decides she should start thinking about the future. She finally opens up an IRA account with the same 12% interest that Jack gets. She invests $2,000 each year until she’s 65. The chart below shows the value of Jack and Jill’s respective accounts when they’re 22 years old. Remember that Jack only invested $12,000 while Jill invested $74,000.

They ended up with the same amount, but Jack saved less. Imagine how much Jack would have he kept saving $2,000 a year after the first six years. Whoa! He would have been a millionaire a couple times over.

2 . I don’t make enough money. If you earn a paycheck, you earn enough to save. It doesn’t have to be much. Start off small. Sock away 5% of any income you make into a high yield savings account. You’ll be amazed how little contributions can add up quickly. Gradually work your savings up to 15% of your income. Whenever you get a windfall like Christmas gifts or a tax return, put half in the bank. Slowly, gradually, by saving money you’ll find yourself with a small fortune.

3. I deserve a little luxury in my life. Many people sabotage their savings plans by taking the money and splurging on stuff they don’t need. Usually the justification is they’ve worked hard and deserve the splurge. I’m battling this excuse in my life right now. I really want to buy a Macbook. I have the money for it and could easily go to the Apple Store and buy one. I justify the excuse by telling myself I’ve earned it from the hard work I’ve done and the sacrifices I’ve made saving. But do I really want to lose $1,000 in savings for something I don’t really need? No way.

Instead of looking at “things” as luxuries, think of saving as a luxury. When you save, you’re giving yourself the luxury of financial freedom. How nice would it be to not have to worry about money? Pretty dang awesome.