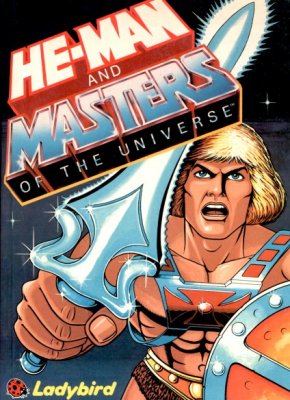 This is the third in a series of posts about living the virtuous life like Benjamin Franklin.

Franklin chose Order as his third virtue because it “would allow [him] more time for attending to [his] projects and [his] studies.” Franklin understood that if he wanted to get important things done in his life, he had to make sure the little things wouldn’t get in the way.

Almost three centuries have passed since old Ben set out to perfectly live the virtue of Order. The lives of Americans today are far busier and distraction-filled than Ben could ever have imagined. People strive to order their lives so that they can have peace and tranquility. An entire industry has sprung up around helping them to do that. Books, blogs, magazines, and consultants offer advice on how you can clean up your clutter. Yet despite the information out there, people still have trouble living up to this virtue. Why?


Why it’s so hard to make your bed everyday

It’s a common story. A man wakes up and realizes his life is a complete mess. His bed is never made, papers and magazines are stacked all over the place, and dirty clothes lie on the floor.

So, this man decides he’s going to put his life in order. He resolves to make his bed every morning, buys an inbox for all his papers, and makes it a goal to put his clothes in the hamper. Things go swimmingly for about a week, but he soon falls off the wagon. His house begins to look just as messy as it was before he began his new regimen.

It almost seems as if making your bed everyday and keeping your life in order is futile. In a sense it is. Every time you try to organize, you’re battling a natural force that drives the entire universe: entropy.

In order to understand what we’re up against, it’s necessary to understand a bit of thermodynamics. I think this scientific approach to understanding order would be appreciated by Franklin.

(This is a very cursory explanation, so please all you scientists out there, don’t tell me that I failed to mention something. I know I did.)

The first law of thermodynamics tells us there is a fixed amount of energy in the universe. Energy can be changed from one form to another, but never created or destroyed.

Although energy cannot be destroyed, it is of little use to anyone if it cannot make things happen. Unfortunately, the second law of thermodynamics tells us all energy changes decrease the amount of useful energy in the universe.

Consider a box of small magnets. If the small magnets are lined up in the same direction, as a group they can attract other metal objects. If they are not lined up in the same direction, individual magnets cancel each other’s effect and cannot do useful work. The same is true of energy – it is useful when it is ordered, but when it is disordered, its effects cancel each other out.

Entropy is a measure of the lack of order in the energy.

In other words, entropy is a measure of randomness or “disorganization.” And unfortunately, when left to itself every system tends to a low energy, high entropy existence. Everything moves to the path of least resistance. This includes the entire universe. Since its creation, the energy of the universe has become more disorganized and will continue to do so until there is no order left at all.

Now you can better understand why keeping your life organized is such a challenge. Have you ever dropped something on the floor and thought to pick it up, but felt an almost tangible force pulling at you not to do so? This is the pull of entropy.

Become a Master of the Universe

By understanding the laws of thermodynamics you can harness them for your benefit and become a master of the universe.

Some might throw in the towel to putting their lives in order knowing that the universe will eventually disintegrate into complete randomness. But before you give up, consider that there are two possible ways to overcome entropy. The first is chance, but an ordered arrangement appearing by chance is practically impossible (have you ever woken up to a magically clean room?).

The other possible way to overcome entropy is to increase the order in the system. The problem with this solution is that as a person tries to order the system, he is doing work – and so the system’s entropy decrease would be balanced by a hefty increase in that person’s entropy. Thus entropy would increase on the whole.

Herein lies the answer to why most people’s organizational regimens never stick. Hundreds of books and blogs exist that will tell you how to beat clutter and get you life in order. Many suggest setting up an elaborate system in order to keep you on track. These systems can do a wonderful job reducing the entropy in your personal organization, but you have to expend a large amount of energy setting them up and maintaining them. Thus, while you decrease the amount of entropy in one area of your life, you increase it within yourself. This is why a lot people have such a hard time sticking with complex organization systems. The total amount of entropy and disorganization actually increases and the person throws in the towel.

Fortunately there is a small loophole. Let’s return to the example of the magnets:

Imagine you must move them to a different box in order to use them. As you are moving them, you may put some into the new box the wrong way round – the useful energy will then have decreased. Of course, the slower and more carefully you make the exchange, the fewer mistakes you will make. The same is true of energy – the entropy in the system always increases, unless the rate of change is infinitesimally small.

Thus, to avoid the energy imbalance caused by trying to organize your life using an elaborate system, you must employ the smallest changes possible. That way you don’t increase the amount of entropy in other areas of your life.

The secret of mastering the universe

But can such small changes truly make a difference? Yes they can.

The secret to bringing order to your life and overcoming entropy while only minimally increasing it in other areas of your life is simple: DO IT NOW. No system, no in-boxes, no index cards. Just do it now. After you get out of bed, turn around and make it. After you receive a piece of mail, take action on it immediately. As soon as you’re done eating, wipe down the kitchen. If you drop a sock on the floor, pick it up without hesitation. It’s not as easy as it sounds because whenever a bit of disorder appears in your life, you will feel entropy pulling you to ignore it. You must train yourself to repeat the mantra “do it now!” and push through this force.

If you find that you can’t do something now, write it down in a simple notebook. There’s no need to develop an elaborate capturing and filing system. Just write it down so you don’t forget.

But what about tasks that require multiple steps, ones you can’t take action on immediately? You will get to them eventually. They’re big; you won’t forget to do them, and you don’t need a system to get them done. Meanwhile, by creating an organized home, car, and workplace, you create an environment out of which the bigger tasks will flow far more easily.

Long before the “7 Habits of Highly Effective People” and “Getting Things Done,” men like Theodore Roosevelt accomplished amazing things without an elaborate system. You don’t need to set up some crazy regimen either. All you need to know to become a Master of the Universe are three little words: do it now, dammit. Okay four words.