This a 10th post in a series about the Benjamin Franklin’s 13 virtues.

CLEANLINESS. Tolerate no uncleanliness in body, clothes, or habitation. 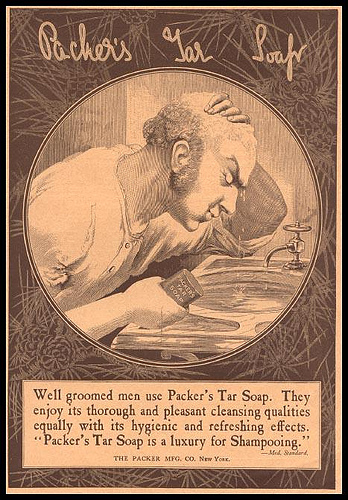 A common stereotype that society places on males is that of the sloppy and unkempt man. We see it all the time on television. A man sitting in his man chair with potato chip crumbs all over himself.

Beer cans and old pizza cartons are stacked throughout the room. The fellow is usually wearing a crummy t-shirt with food stains all over it. This sad image is what some would say represents manliness.

They couldn’t be more wrong.

While many think that only effeminate men would take the time to care about cleanliness; manly men understand that taking pride in cleanliness develops one’s attention to detail, work ethic, and self confidence. Moreover, cleanliness facilitates the orderly development of one’s life.

The History of Cleanliness

While the meaning of all the virtues has changed overtime, the application of the virtue of cleanliness has perhaps fluctuated the most. We would probably be grossed out by Franklin’s standard of cleanliness, and today’s standard would likely have disturbed him. Historically and up through the present day, ideas of what constitutes “cleanliness” has varied greatly.

For an ancient Egyptian or Babylonian, cleanliness meant showering with water from aqueducts or simply from servants pouring water on you. A soap made from ashes and animal fat was used. The Greeks created the first plumbed-in showers, and citizens showered outside at various spigots scattered throughout their cities.

For an ancient Roman cleanliness meant rubbing his body with oil and dust and then adding a layer of perspiration from a day of work or play. After he had built up a sufficient patina of bodily soil, he’d have someone scrape it off with a rake-like instrument. Next he would take a series of baths-first lukewarm, then hot, then cold. This would all occur in public at a local bathhouse, a swinging place where he’d hang out for several hours. Soap was not typically involved in any part of the process.

For early Christians, cleanliness was not next to godliness. In fact, the dirtier you were, the more virtuous you were assumed to be. Cleanliness was considered a sinful luxury and thus monks and nuns who cared more for God than their earthly tabernacles avoided bathing to show their dedication to a holy life.

For Europeans in the centuries after the coming of the Black Death, cleanliness meant anything but a bath. To observers during the plague, it seemed that people often became stricken with the disease after using the bathhouse. The theory was advanced that bathing opened your pores and thus let in disease. A layer of dirt and odor was thought to stave off infection. Bathing became avoided like, well, the plague. It would not be until the 17th century when bathing would slowly come back into vogue.

Even then, for a gentlemen in 17th century France, cleanliness meant the frequent changing of his linen shirt. It was believed that linen had a special wicking power that pulled dirt and impurities from the body like a magnet. Changing one’s shirt was thought to be as effective as a good scrubbing in the bath.

Frequent bathing and showering would not become popular until the mid-1800’s when the discovery of germs was coupled with advancements in indoor plumbing and shower technology.

But it would really be the purveyors of hygienic products that would continually up the ante of what cleanliness truly meant. As advertising became more prevalent in the early 1900’s, the producers of soap, deodorant, and toothpaste set out to convince a new generation of Americans of problems they never knew existed. For example, it was Listerine’s advertising team, not dentists, who came up with the term “chronic halitosis” to describe bad breath. Whereas as bad breath had previously been thought of as a part of life, it then became a dangerous disease to be cured and eradicated. Likewise, toothpaste manufacturers made the frightening discovery of “film on teeth,” a phenomenon that had once gone completely unnoticed. The cure of course was daily and religious tooth brushing. Advertisements warned potential customers that any kind of bodily odor could spell a premature social death.

Why is Cleanliness a Virtue?

Can such a changing, and sometimes advertiser driven concept really be a virtue? Yes. While the standard of cleanliness may vary from time period to time period, and from culture to culture, meeting the standard of your time and place is not without merit.

Cleanliness makes your feel good. Regardless of whether the feeling is inherent, or created by social conditioning, keeping your body, clothes, and home clean feels undeniably great. A hot shower, your favorite clean shirt, and a well organized house make you feel ready to take on the world.

Cleanliness keeps your mind clear and your life organized. If your house is a total disaster, your thinking is going to feel similarly disorganized. There is something to be said for the concept of Feng Shui. There is an natural connection between the order of your environment and the state of your mind. Clutter will weigh you down and stress you out. A clean, well-organized environment will lift your spirits.

Cleanliness gives you a good image. How you present yourself in life is paramount. If you, your clothes, or your house looks like a disheveled mess, people are inevitably going to judge part of your character and personality on such evidence. Perhaps that is unfair, but it is how the world works. When you present a neat and clean appearance to others, they will respect and think highly of you.

Cleanliness leads to beauty. That which is neat, well-proportioned, and symmetrical creates beauty and appeals to the eye. As we transform our lives to be orderly and clean, we increase the amount of beauty in our lives.

The key to the virtue of cleanliness, as with all the virtues, is moderation. Don’t be a clean freak. Don’t be a germ phobe. It is amazing how many new ways companies have come up with to enable us to kill germs. We can now spray the air to rid it of scary particles and zap our toothbrush with UV rays to keep it hyper-hygienic. Every news show cannot resist doing a program revealing the many creepy crawly bacteria lurking on telephones and toilets. Most of these scaremonger attempts, designed to frighten you into hygienic overdrive, can be disregarded. Our great grandparents worked up a far greater sweat than we do, and yet didn’t tote around hand sanitizer, shower twice a day, or Lysol the hell out of every touchable surface.

In fact, modern society’s unhealthy obsession with cleanliness is actually making us sicker. Our immune system is like a muscle. It needs to come into contact with dirt and germs so it can develop the strength it needs to fight the sicknesses that come along with dirt and germs. If your immune system lacks experience in taking on bacteria, when it finally encounters some, the bacteria will triumph.

Also remember, there’s nothing wrong with smelling like a human being, like a man. Seneca, Roman orator and writer, rebuked bathe lovers for not smelling “of the army, of farm work, and of manliness.” While the purveyors of Axe body spray and the like attempt to sell the idea that coating your body with an artificial aerosol scent is the way to attract the ladies, my personal anecdotal experience doesn’t bear this out. My wife loves to smell my armpits’ mixture of deodorant and man scent. And she likes my man scent in general. Other women have told me the same thing about the men in their lives. Women like the natural scent of a man.

Don’t Live like a Slob. Our society, a vacuum of true manliness, pushes the idea that all men are slobs. Yet there is nothing inherently manly about slovenly living. Everyone, men and women alike, have a natural tendency to take the the path of least resistance when it comes to cleanliness. Cleanliness takes work. But our culture often gives men a pass to revel in their sloppy tendencies. Don’t drop things on the floor, don’t leave dishes in the sink, don’t leave your clutter all around the house. You’ll not only create a more pleasant environment, you’ll stop creating extra work for your wife.

Establish a Daily Cleaning Regimen. The problem many men have with keeping their home clean is that they let the clutter and dirt build up until cleaning seems like an insurmountable task. Instead of waiting for this to happen, establish a 10 minute cleaning routine and resolve to perform it daily. Here’s my recommended regimen: 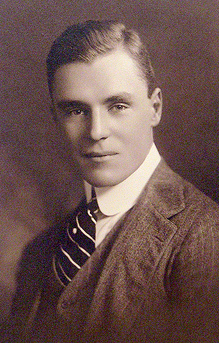 Don’t Dress Like a Slob. Take some pride in your appearance. Don’t be a metrosexual, but don’t be slovenly mess either. The other day I was out to eat and I was amazed at how slobby everyone was dressed. Men and boys were in mesh basketball shorts, wind pants, and sleeveless shirts, wearing their baseball cap backwards. Don’t get me wrong. The I’m not saying that a place like Chili’s is the paragon of fancy dining and thus necessitates formal attire. But would it hurt to put on at least a pair nice khaki pants and t-shirt that covers your arms?

Basic Grooming. To present a neat and clean appearance (and to please the woman in your life) here are the hygiene basics every man should adhere to. You’d think this stuff would be common sense, but I’m constantly surprised by the number of men who seem clueless about the basics of cleanliness.

The Best Personal Cleanliness Tip That You’re Not Doing. Men are somewhat notorious for having bad breath. It grosses out your wife and your co-workers. If you are taking women on dates, it can ruin your first kiss, and all the kisses thereafter. A lot of men try to cure their bad breath with toothbrushing, flossing, and mints. While these all have their place, the best way to clean your mouth us by using a tongue scraper.

The majority of bad breath is not caused by the food that you eat, but rather originates from the back of your tongue. There, bacteria, decaying food particles, and even discharge from your nasal cavities, breeds and emits a foul odor. Brushing your teeth won’t get rid of it. Even brushing your tongue with your tooth brush won’t get it all. And breath mints and gum don’t remove it either. Your tongue is like a lush carpet and the germs hide in the nooks and crannies. You need a tongue scraper to sweep them out. A mouth post-tongue scrape is remarkably clean, and the results are instantaneous. You can tell the difference right after you scrape.

If you are afraid of waking up to your significant other with monstrous morning breath, just make sure you scrape your tongue before bed. Your morning breath will be significantly tamed. And you won’t have to employ the old back of the hand sniff test.