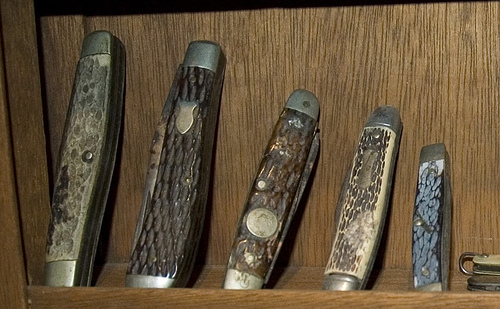 It used to be that a pocket knife was an essential item that a man carried with him. You had your wallet, your keys, and your trusty pocket knife.

The History of the Pocket Knife

First Century Romans created the first folding pocket knife. They made for easy carrying for soldiers and other explorers on their journeys and conquests. However, as the use of sheathed knives became more popular, the use of pocket knives fell somewhat into disfavor.

By the late 16th Century, pocket knives began to regain popularity. They were especially popular in the American colonies. From farmers to lawyers, men from all walks of life started to carry them. The ultimate portable tool, the pocket knife was a useful aid in various tasks, including eating on the go.

Pocket knives have been an essential tool for soldiers throughout American history. New York and New Hampshire required their militias to carry pocket knives during the American Revolution. Even George Washington toted one around as he led his troops. The U.S. Navy began issuing pocket knives to sailors during the Civil War. During WWII, the pocket knife was standard issue for American GIs.

Men have been carrying pocket knives for centuries. But with increased security at the airport and other buildings, knives have been disappearing from men’s pockets. Yet these minor obstacles are not sufficient reason to give up carrying a knife completely. The carrying of a pocket knife is a manly tradition that should be continued.

Why a Man Should Carry a Pocket Knife

How many times have you been in a situation where you’ve said to yourself, “Damn, a knife would be really handy now!” Here are a few instances when a pocket knife can come in handy or just make the simple things in life more enjoyable:

3. Cutting an apple. I love eating an apple that I’ve cut with my pocket knife, slice by slice. You feel like a bad ass doing it. You hold the apple in your non-dominant hand and then make a slice with the knife using your dominant hand. After you make the slice, pinch it between your thumb and knife blade. Bring the blade to your mouth and deposit the apple slice.

4. Opening a letter. Sure, you could use your finger, but using a knife is just more manly.

5. Weapon. Not the most effective, but it’s better than nothing.

6. Camping. How else will you sharpen the point of a stick in preparation for stabbing your prey? And by prey I mean hot dog.

7. You never know when you’re going to have to MacGyver your way out of a crisis. Be prepared.

8. You need something to clench in your teeth when swinging from a rope.

What kind of pocket knife should you get?

Picking out a knife is a personal thing. It’s like picking out a wallet. It all comes down to personal taste. Men have a bond with their tools. Pick something that feels good in your hand, and that you’ll take pride in and want to carry around.

There are three common designs of pocket knives: the jack knife, the pen knife, and the multi-purpose knife. We’ll discuss the features and benefits of each one, in order to help you decide what kind of knife you should get. 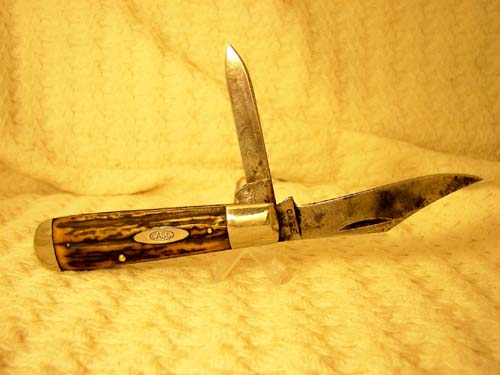 Jack knife. A jack knife has a simple hinge at one end, and may have more than one blade. The jack knife is popular among hunters, fishermen, and campers. 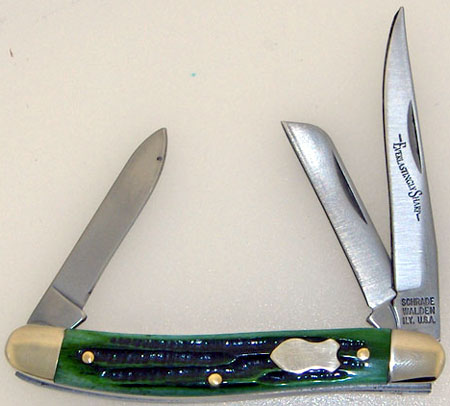 Pen knife. A pen knife is hinged at both ends of the handle, and usually has two or three blades at each end. The pen knife was originally designed to cut or sharpen pen quills for writing. The pen knife is good if you want more than one type of blade. It’s also small and lightweight and won’t be noticeable in the pocket of dress clothes. 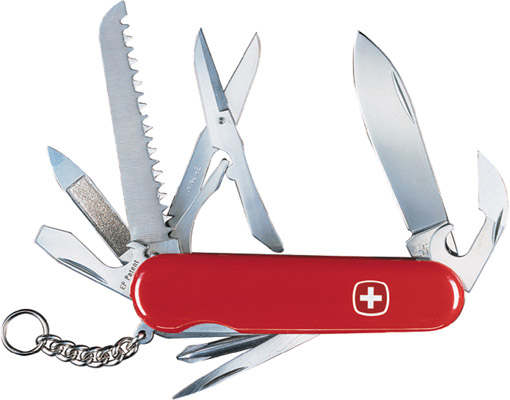 There are variations of these knife designs that you should take into account as well. Here are few to think about:

Lock blade knife. The name of the blade explains it all. When you open the blade fully on this type of knife, the blade locks in place. Closing the blade requires you to release the blade by pressing down on a lever located near the back of the knife handle to disengage the hook from the notch that keeps the blade in place. A lock blade is useful for more heavy duty use. A good example of a lock blade knife is the Buck knife.

Slip joint knife. On a slip joint knife, the blade doesn’t lock, but is held in place by a spring device that allows the blade to fold only if a certain amount of pressure is applied. Most pen knives or multi-purpose knives use the slip joint blade. Because the blade is less stable, it should only be used for light jobs.

One-handed opening. Newer knives have a feature that allows for one-handed opening. On the top of the blade, there is a hole that enables you to place the pad of your thumb in. Just press up and BAM, you got an open knife. This feature makes using a pocket knife much easier, especially when you have your hands full.

Where to Get a Pocket Knife

The best pocket knifes to have are the ones with a sense of history. I carry around a pocket knife that my father gave to me. It’s still in really good shape, and with regular sharpening cuts like new. It’s something tangible that reminds me of my father. One day I hope to pass it down to my son. So ask your dad if he has an old pocket knife that he can give to you. I’m sure he’ll be happy to pass it along.

If you can’t get a hand on an old pocket knife, or the one your dad or grandpa gave you is no longer usable, pick yourself up a new one. You can find pocket knives at any outdoor store. Better yet, find a knife store in town so you have a wider selection to choose from.

You can also get the Art of Manliness German-engineered Boker pocket knife!