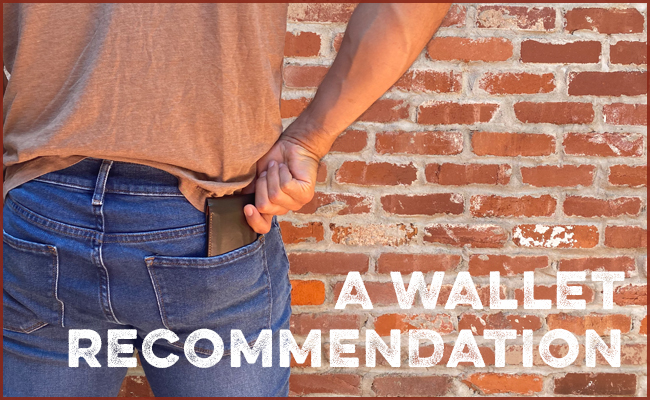 For several years, I attempted to become a front pocket wallet kind of guy. I had gotten tired of the discomfort of sitting on my old billfold, and thought a change was in order. Consequently, I tried out a couple different variations of front pocket wallets.

In switching to a front pocket wallet, I did find an advantage in no longer having a billfold stuck under my rear. But I discovered these wallets could be a different kind of pain in the butt.

First, most front pocket wallets don’t do a very good job of carrying cash. Often there isn’t even a place in them for it. If they do offer cash storage, it’s usually in the form of a money clip, but those are pretty annoying to use. Thanks to the lack of cash storage in the front pocket wallets I tried, I often found myself out and about without any greenbacks. This would be a problem when I’d go somewhere for a special event and needed to pay cash for parking in the improvised lots that had arisen. The following conversation would ensue between Kate and me:

Kate: Why don’t you have cash? Didn’t you write an article about why every man should still carry cash?

Brett: My front pocket wallet doesn’t really have a place to stash cash, so I don’t keep any on me.

Kate: You should probably get a new wallet.

I’d then have to find an ATM to withdraw cash so I could park the car. That was annoying.

The second downside to the front pocket wallet was that getting to my cards was difficult — particularly with the Ridge wallet I tried out. It had one compartment for all my cards, and when I needed one in the middle of the stack, it was impossible to pull it out without pulling out all the other cards as well. When my kids saw me fumbling around pulling all the cards out and putting them all back in, they said, “Gee, Dad, that seems like a really dumb wallet!” Man, I was getting wallet critiques from all sides! But they were right, folks, they were right.

A few months ago, I decided to end my experiment with being a front pocket wallet man, and return to the back pocket variety.

So as I began my search for a new billfold, my main criteria was that it had to be slim, even when packed with several cards. I didn’t want a George Costanza wallet that would give me scoliosis from sitting on it all day.

One wallet kept coming up in my search again and again: The Bellroy Hide & Seek. (<—That there is an affiliate link, but my purchase and recommendation were not sponsored nor solicited).

Huckberry carried it (natch), so I bought myself one.

Dear reader, after several months of use, I’m happy to report that this is the best wallet I’ve ever owned.

Why I Recommend the Bellroy Hide & Seek 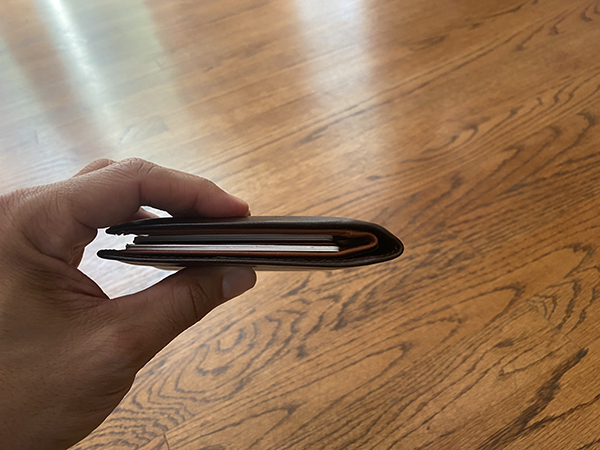 It’s slim and lightweight (even with a bunch of cards in it). I don’t know how the geniuses at Bellroy did it, but they’ve somehow designed the Hide & Seek so it can carry over a dozen cards while maintaining a very slim profile. It’s like a Mary Poppins’ bag but in manlier wallet form.

Even after months of use, I’m still surprised by how slim my Hide & Seek is whenever I pick it up to put it in my back pocket.

Thanks to its slim profile, the Hide & Seek doesn’t cause me any discomfort while sitting on it.

If you’re looking for a slim wallet, you can’t beat the Hide & Seek. 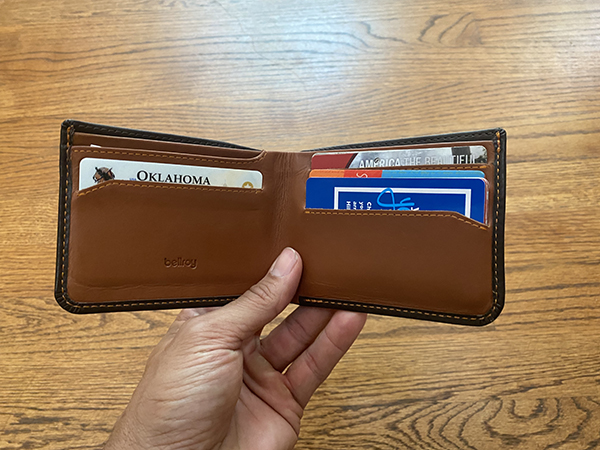 Easy access to cards. The layout of the card slots is really thoughtful. I can easily access all my cards with minimal fumbling. 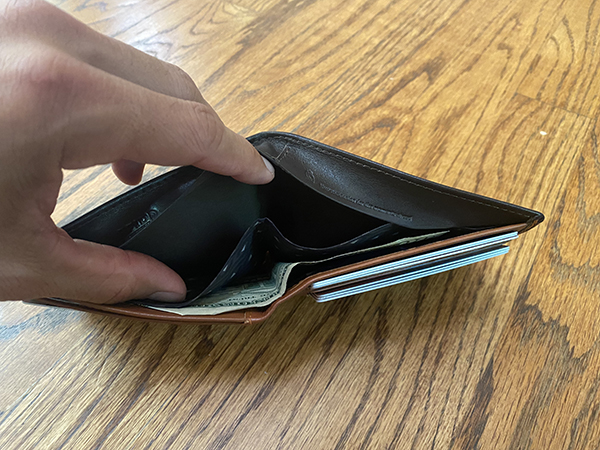 It stores cash! (And even has a secret compartment for it). Ever since I’ve switched to the Hide & Seek billfold, I’ve always had cash on me. No more embarrassing, cashless moments with parking attendants.

There’s also a secret compartment where you can hide cash. I haven’t used it yet, but it’s cool to know that it’s there. 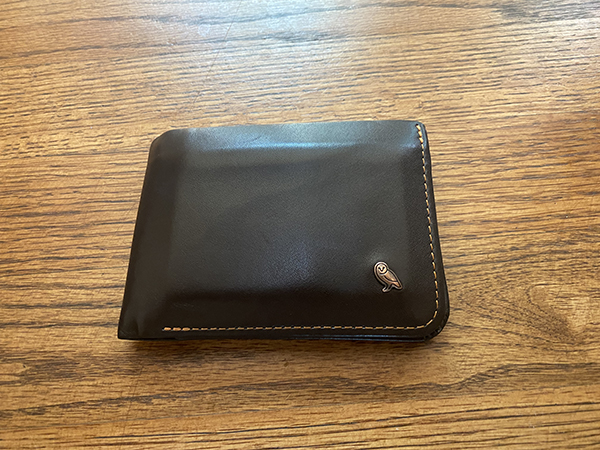 It’s handsome. Made from vegetable-tanned leather, the Hide & Seek has a simple yet handsome design. I got the Java-colored one. I like dark leather. And the smell of rich mahogany (not included).

If you’re in the market for a new billfold wallet, I highly recommend the Bellroy Hide & Seek.