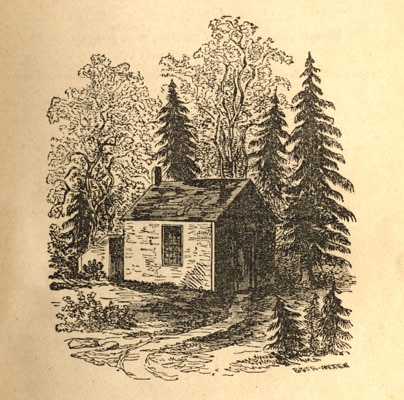 Spring Break of my freshman year of college I went on a 4-day backpacking trip in the Gila Wilderness of New Mexico.  My partner in adventure, Lucas, was a former Wyoming backpacking guide turned potter-philosopher, the perfect companion for days wandering the woods processing what comes about with the sudden cleaving from the static of modern living.  A year prior we had traipsed around Wrangell-St. Elias National Park in Alaska on a 14-day trip that cemented our friendship…and wanderlust.

While discussing the details of the Gila trip, we decided to challenge ourselves to go ultralight.  The total weight of our gear, including backpack, could not exceed 20lbs.  It seemed fairly simple, but after pulling out my backpack I was shocked to learn that I’d been carrying around 50lbs of gadgets, gizmos and outdoor accoutrement on previous trips.  Shuddering at the ridiculousness of trying to take so much of the world with me when the point was to leave it behind, I began to scrub my packing list.

I started with a quick kill of substituting a one-man bivouac sac (1lb 10oz) for the two-man tent (9lbs) I had previously carried.  Next was less clothing, a foam pad instead of an inflatable one, a small aluminum pot rather than a cooking set, etc….it took a while, but I finally got it down to 20lbs.  Then the “what if’s” began to flood my mind.  What if we got stuck out there for longer?  What if we didn’t have enough food, clothing, and emergency gear?  I threw in a few extra granola bars just to calm my nerves.

After one day on the trail my fears were alleviated, and Lucas and I knew we were on to something big – the benefits of going ultralight far outweighed any losses in comfort or feelings of security.  Nights around the fire were previously spent nursing sore bodies; now we felt great.  The amount of mileage we comfortably traveled in a day doubled as we found ourselves jogging down small sections of the trail when we got restless.  Scrambling up steep sections would have been slow torture with 50lbs on our backs; now we were able to go explore remote areas that offered the best scenic views.

After 4-days we had covered over 25-miles, but it had seemed much less.  To say the trip went well would be an understatement – in going ultralight we had unexpectedly discovered the benefits of minimalism – simplicity, efficiency and freedom.

“The things you own end up owning you.” –Tyler Durden, Fight Club

It had been 7 years since my Gila trip and life had moved forward.  There was now a wife, baby, and career.  I found myself roaming the halls of our newly-built 3-bed, 2-bath suburban home fuming that we didn’t have enough storage space.  During college I could carry everything I owned in the back of my Dodge pickup.  Now 1,600 square feet was not adequate to house our growing collection of stuff.  Something was wrong with this picture.  How had I accumulated so many random things in such a short period?

I wondered, “Had men in the past confronted this suffocating malady?”  Somehow I couldn’t imagine John Wayne wondering where to put his new artisan wine rack.

My father came to mind.  His possessions never occupied a greater place in his life than seemed due.  As a boy I used to sit on the bed watching him as he went through his end-of-day routine.  Cuff links, handkerchief, pocket knife, wallet – each used on a daily basis, each set in their proper place on top of his dresser.  Yes, my dad had “things,” but only what he needed and nothing more.  Like a well-seasoned outdoorsman, he understood exactly what was necessary to survive, each tool having a specific purpose.  Granted, my father was a lawyer so his days were spent surviving the jungles of the courtroom rather than those of some remote continent, but the manliness of his effortless utility left a great impression on me even then.

Thinking about men I admired, it dawned on me that most had a quiet contempt towards any excess of material possessions. Their expertise and confidence were displayed by the fact that they did not require much to live successfully. They could just as easily get along for a week in the woods with nothing but a knife as they could living in a posh suburban neighborhood with all its amenities. Possessions had no control over the trajectory of their lives. They were not gadget junkies, seeking their fix from the latest Best Buy sale.  They were in control of the things they owned, not the other way around.  Real manliness meant freedom from the bondage of material goods.

Inspiration charged through my blood, but then came the inevitable “now what?”  I wanted to shatter the bonds of materialist slavery, but how did that idea translate into real life, with all its strollers, high-definition t.v.’s and bread makers?  As I searched for answers…and storage space, I stumbled upon my backpack and was immediately reminded of Lucas and my adventures.  Like a bolt of suburban-lightening, a thought came to me:

Just as I needed to scrub my packing list for the Gila trip, my lifestyle of uber-consumption needed a similar scrubbing.  Simplicity, efficiency and freedom weren’t just for outdoor adventures, they were for the in-between times as well.

Learning to Live the Minimalist Life

Lucas and I had uncovered a more efficient way to backpack; I needed a more efficient way for my family and I to live.  Surfing the internet for others with similar problems, I found blog after blog praising the benefits of the minimalist lifestyle.  It appeared that our family wasn’t the only one fed up with the constant accumulation of things.

After reading tales of people taking positive action to reduce the amount of clutter in their lives, I ended up at the blog of Mr. Zen Habits himself, Leo Babauta.  The man whose blog has brought the art of less to thousands had just written an e-book, “The Simple Guide to a Minimalist Life,” where he answered the question, “what is the minimalist lifestyle?” with the following,

It’s one that is stripped of the unnecessary, to
make room for that which gives you joy.

It’s a removal of clutter in all its forms,
leaving you with peace and freedom and
lightness.

A minimalist eschews the mindset of more, of
acquiring and consuming and shopping, of
bigger is better, of the burden of stuff.

A minimalist instead embraces the beauty of
less, the aesthetic of spareness, a life of
contentedness in what we need and what
makes us truly happy.

A minimalist realizes that acquiring stuff
doesn’t make us happy. That earning more
and having more are meaningless. That
filling your life with busy-ness and
freneticism isn’t desirable, but something to
be avoided.

A minimalist values quality, not quantity, in
all forms.

The last point stuck.  The great men I knew didn’t care about having much, but what they did possess had value.  Whether by connection to a time, place, or person, the things in their life meant something.  An old pocket watch, a beautifully engraved humidor, a good pair of work boots that had lasted a lifetime — ageless, well-crafted…quality.  And though they had value, the possessions of these men were held onto loosely.  They seemed to understand that like a handful of sand, the tighter you squeeze the less you can hold.

At the end of my life what would my children and their children find as they searched through my belongings?  Boxes upon boxes of useless crap, once trendy and exciting, now just a burden to be thrown out?  Or a few heart-felt belongings to be passed down through generations?  Not things by which to be held captive, but meaningful items to be used, enjoyed and eventually passed on to someone else.

And so I began going through each room of my house, searching for one item to throw or give away.  It wasn’t life-changing, but it was a start. With each room I began to realize that many of the things I had purchased with such anticipation and fanfare had quickly been relegated to a dark corner of the closet as their novelty wore off, never to be touched again.  I knew that possessions didn’t equal happiness, but it was apparent that I had been learning this lesson over and over again for the past several years.  Each small step towards a life of less felt like a powerful blow to what had become a vicious cycle.

So, you ask, is throwing away a few old books or t-shirts every once and in awhile all it means to be a minimalist?  Hardly. While decluttering your life is a great place to start, minimalism is about changing one’s whole approach to life and opting out of the race to accumulate more.  Advertising convinces us of needs we didn’t know existed and exploits our emptiness by promising fulfillment for a few easy payments of $19.99.  The shopping mall has become our temple, the credit card our burnt offering…yet, the sacrifice is never sufficient for salvation.  Being a minimalist means one simply quits buying in.  The following are the principles of living the minimalist life as laid out by Babauta:

2.  Identify the essential. What’s most important to you?  What makes you happy?  What will have the highest impact on your life, your career?

3. Make everything count. Whatever you do or keep in your life, make it worthy of keeping.  Make it really count.

4.  Fill your life with joy. Don’t just empty your life.  Put something wonderful in it.

I would add the following:

6.  Hold on loosely. Even to your prized possessions.  At the end of the day its relationships, not possessions, that make life worth living.

It’s simple, not easy.  But the rewards of digging into the minimalist life are there for anyone willing to take a few small steps each day.  Of course, most will choose to continue their present habits, but as for me and my house, we’ve chosen a life of less…and in doing so have gained so much more.