The simple life is a manly life. Some of history’s manliest men lived lives of true simplicity, free from unneeded clutter. The Spartans basically had one piece of clothing they wore all year, a spear, a shield, and some farm tools. Because of their simple lifestyle, they were able to focus on learning how to be fighting machines.

Despite being relatively wealthy, Ben Franklin lived a pretty simple life. Consequently, he was able to spend his time inventing stoves, creating public libraries, discovering electricity, and founding a country.

Henry David Thoreau and Ralph Waldo Emerson were evangelists of simplicity. When Thoreau went to Walden Pond he brought with him just a few things. Because he didn’t have crap distracting him, he was able to focus his energies into writing some awesomely deep thoughts.

The simple life is a manly life because a man defines himself not by his possessions but by his character, virtues, relationships, and experiences. These are the things that he invests his time, energy, and emotions in, because these are the things that no natural disaster, no bomb, no prison can ever take away from him. The less stuff we accumulate, the less energy we have to devote to the maintenance of it, and the more energy we can put into becoming better men.

It reduces stress. I definitely think there’s something to the idea that clutter can block the flow of good karma and energy in your life. Whenever I’m in a room filled with crap, I get tense and feel like I’m being buried in stuff. When I clear things out, I feel like a load has been taken off me physically and mentally. I think clearer, I’m more productive, and I have a bit more pep in my step.

It gives you a fresh start. If you feel as though you’ve been stuck in a rut lately or if you’ve gone through a tough break-up or  recently been laid off, decluttering your space may be just the thing to kick start your life and move it out of neutral. You can get rid of stuff that reminds you of a part of your life you want to move on from. Holding onto stuff you associate with bad memories and feelings keeps the bad energy in your home. After you clear out your crap, you’ll have a clean canvas on which to create a new life.

It saves you time. I don’t know how many hours I’ve wasted in my life looking for something in the boxes and drawers of junk I’ve accumulated. When you have a house free of clutter, you can spend less time looking for stuff and more time focusing on more important things like making your bucket list or reconnecting with nature.

It can save (and make) you some money. When you have a disorganized mess, important things like bills can get lost in the mix. When that happens, you run the risk of forgetting to pay a bill and being slapped with an overdue fee. You also forget what you have and don’t have, and thus end up buying duplicates of things already in your possession. Save yourself money by keeping your place clutter free.

Also, through the process of decluttering, you may run across a few things that you can sell on eBay or Amazon and thus make some cash in the process.

Set aside a big chunk of time. How much time you allocate for decluttering will depend on how much crap you’ve accumulated over the years. Usually when I declutter the house, it takes about four hours of focused work. It may take you longer or shorter. But I would give yourself at least 2 hours this weekend to get started on it.

Get some garbage bags. You’ll either be tossing stuff out, donating it to Goodwill, or selling it on eBay or in a tag sale. Have one trash bag for each one of these purposes.

Tackle the task one room at a time. One thing I’ve noticed when I’ve done some heavy duty decluttering is that I’ll begin in one room, but somehow end up in another. This just makes my job harder because I have to keep track of what’s going on in both rooms, and I’ve made a mess in two rooms instead of one. It’s better when I just focus on one room or closet at a time and focus completely on clearing it out until I’m satisfied with the job I’ve done. So fight the temptation to have several irons in the fire while decluttering. Pick a room in your house and work on it until you’re done.

After you’ve selected a room, work on it section by section. For example, start with your dresser or desk and go through it drawer by drawer. Or start with your closet and look at what’s on each hanger. Don’t move on to another section until the one you started on is done.

Finally, leave no stone unturned. Go through your underwear drawer and throw out those socks without matches or those boxers with gaping holes in them. Clean out your medicine cabinet and throw away anything that has expired. Go through your desk drawers and chuck your pens that have run out of ink. Get every last piece of unusable clutter out of your life.

Sort Through Your Stuff

As you work through each section, take everything item by item and decide whether you’re going to keep it or which bag it goes into: trash, sell, or donate. Here’s some advice on how to make that decision:

Go book by book and ask yourself if you’re ever going to read it or read it again. Be honest here. Don’t keep a book because it makes you feel smart while deep down you know there’s no way you’re going to read it. Books aren’t accessories or decorative pieces. Also, keep in mind that if you get rid of a book and then regret it, you can always check it out from the library or buy it used for $2 on Amazon or at a used book store. This is not a life or death decision, so err on the side of uncluttering.

Take the books you don’t want and put them for sale on sites like Amazon or half.com. Or take them to you local used bookstore. If you can’t sell them, donate them to the library.

Go through your clothes and other stuff piece by piece. Ask yourself this question as you hold each item, “Is this something I have used/worn in the past year?”

If you haven’t, then get rid of it. We often hold onto stuff because we think we’re going to need it “someday.” But if you haven’t used something in a  year, you’re probably never going to use it, and it will just end up taking up space in your house. Even if you would end up using it 10 years from now, the cost/benefit analysis of lugging that thing around for the next decade just doesn’t make sense.

When you make this decision, be quick. Don’t mull over it too much. The more you mull, the more likely you’ll hold onto it. Remember, if you hesitate at all, you probably don’t need it. You have to learn to detach feelings and emotions from stuff. Stuff is just stuff, a bunch of atoms and molecules. Unless something is truly irreplaceable, then it’s okay to throw it away and keep the memories in your mind and heart.

Put your old clothes, with the exception of your underwear, in the donate bag. As you put stuff in the bag, make a  note of what the item is on a piece of paper and give it an approximate value.  You can use this to get a receipt from Goodwill and write off the amount you donated on your income taxes.

Items that are interesting and usable can be sold on eBay or in a tag sale.

If you don’t have one now, go out and buy a file box. And then make folders labeled as “Bills,” “Instruction Manuals,” “Letters,” “Receipts,” and so on. Then go through your mail and paper piles piece by piece, throwing away what you don’t need and filing what you do need.

Chuck It or Donate It

When you’re done decluttering, take the bags designated for trash to the curb. Drop off the donate bags to Goodwill and make sure to get a receipt from them for your income tax deduction.

Preventing Clutter from Re-entering Your Life

Once you have successfully decluttered  your home, you’ll be amazed at how satisfying and amazing it feels. The hard part is holding on to that feeling and not letting everything get cluttered up again. So here are a few steps to take to prevent clutter from creeping back into your life:

Today’s task is to declutter your place. It’s Saturday, so most of us have plenty of time to take on this project. Maybe you have so much crap that you can only get one room done all day. So be it. Just get started. Report back to the community page and let us know how your decluttering went. Also, if you have any tips on how to prevent clutter from re-entering your life, share them in the comments. 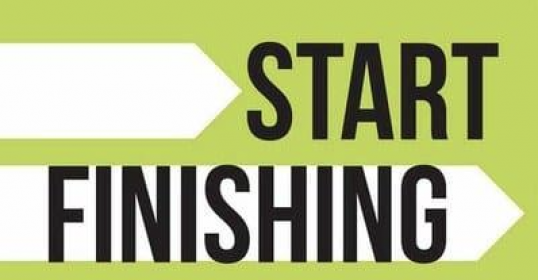 Podcast #573: Why You Don’t Finish What You Start (And What to Do About It) 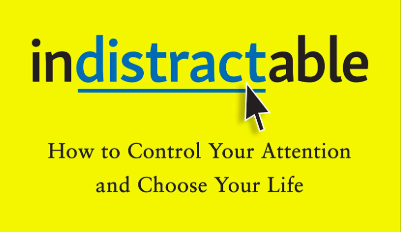 Podcast #553: How to Become Indistractable 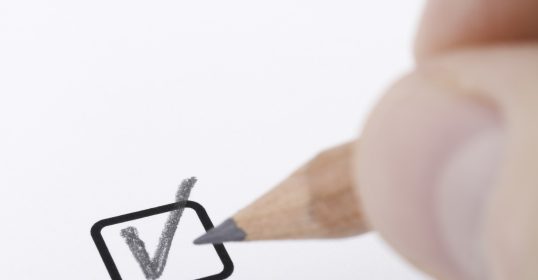 Podcast #543: Learn the System for Getting Things Done