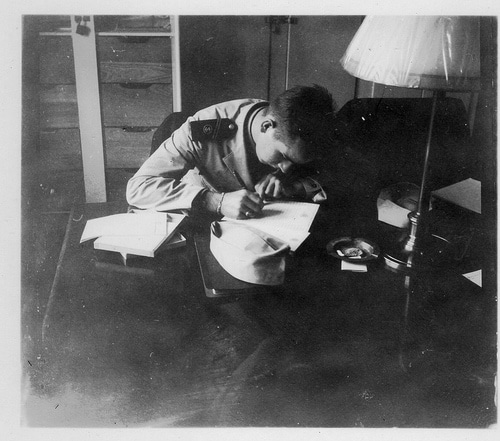 In the days of cell phones, email, and text messages, letter writing can seem hopelessly outdated. But it’s an art worth bringing back, and not because of some misplaced sense of nostalgia either. The writing and reception of letters will always offer an experience that modern technology cannot touch. Twitter is effective for broadcasting what you’re eating for lunch, and email is fantastic for quick exchanges on the most pertinent pieces of information. But when it comes to sharing one’s true thoughts, sincere sympathies, ardent love, and deepest gratitude, words traveling along an invisible superhighway will never suffice. Why?

Because sending a letter is the next best thing to showing up personally at someone’s door. Ink from your pen touches the stationary, your fingers touch the paper, your saliva seals the envelope. Something tangible from your world travels through machines and hands, and deposits itself in another’s mailbox. Your letter is then carried inside as an invited guest. The paper that was sitting on your desk, now sits on another’s. The recipient handles the paper that you handled. Letters create a connection that modern, impersonal forms of communication will never approach.

For two years before we were married, Kate and I were a thousand miles apart, with letter-writing our only available means of communication. We fell in love over the dozens of letters sent between us. I do not know of a richer and more satisfying way of getting to know a person. Today the collection of letters from that time is one of our most treasured possessions, something we hope our kids will read and get a kick out of. Thus, letters not only serve a purpose in the here and now, they also stand as historical records, giving us a incomparable window into the past. Anyone who has ever come across the old letters of parents and grandparents and suddenly felt transported back to another time and place, knows well the legacy-leaving power of letters. What will we leave our grandchildren? The username and password to our email accounts? 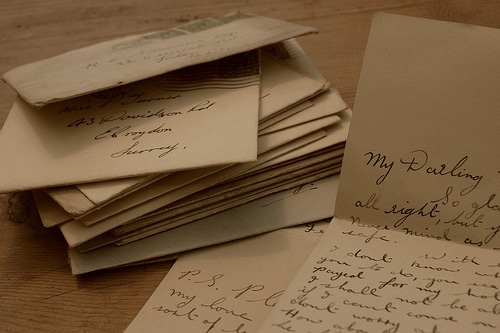 Now is the time to strike up a correspondence with your friends and lovers. I do not know a single person whose countenance does not light up at the sight of a real letter in their mailbox. So many of us, myself included, look forward to getting the mail each day, even though the majority of the time it’s simply a pile of catalogs and bills. The desire for real correspondence clearly hasn’t left us. But if you want a letter, you have to send a letter. It’s up to you take the initiative and begin the circle of communication.

Snail mail has fallen out of favor of late, and many men may understandably need a refresher on its practice. Today begins a series of letter writing articles that will appear on the Art of Manliness. We will cover everything from the selection of stationery to the how to’s concerning the writing of specific letters such as those expressing sympathy and congratulations. Today, we present a simple overview on letter writing.

If you’re going to become a letter-writing artist, you’re going to need to acquire the tools of the trade. Getting handsome stationery and high quality writing implements will make practicing your craft all the more enjoyable. We’ll be covering each of things in-depth later on, but here is a brief overview of what you’ll need: 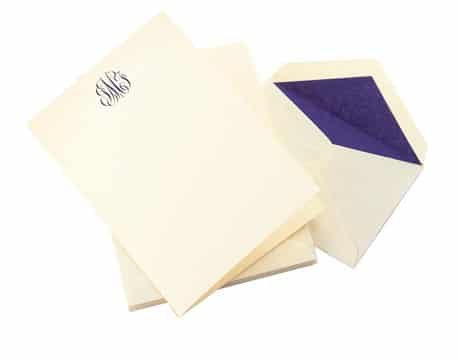 In the art of letter-writing, stationery is your canvas. You’ll want to purchase stationery in a few different sizes for letters and notes of various lengths. Always keep your stationery simple and distinguished. 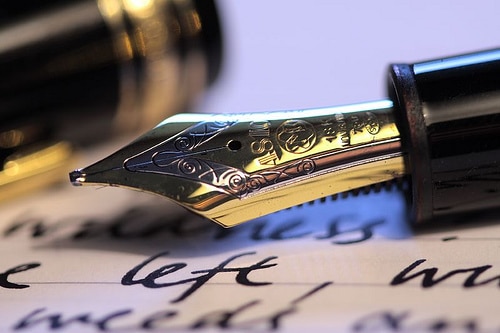 
Using a fountain pen requires a bit of practice and finesse, but provides several benefits. The writing from a fountain pen adds a subtle hint of sophistication and class that’s hard to get from a 20 cent Bic ballpoint. And instead of having to endlessly press down on the paper, you glide a fountain pen across the page, allowing you to write for hours without tiring your hand. 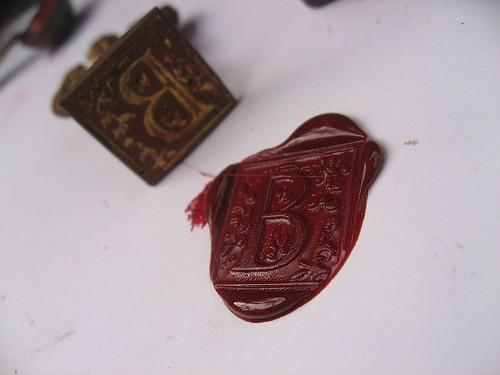 The tradition of sealing one’s correspondence with a wax seal is one with royal roots. Kings and dignitaries applied the seal to ensure their letters were opened only by the intended recipient and to certify who had written it. These days, they just look dang cool and give you a chance to play with fire. 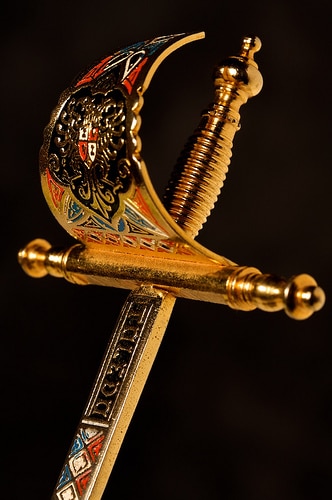 
Once you start sending letters, you’ll begin getting them back as well. Nothing is more annoying then trying to tear open a well-stuck envelope with your paws, so get a nice letter opener to do the job right. My grandpa had one that looked like a  little sword, and I thought that was pretty sweet as a kid.

The Art of Letter Writing 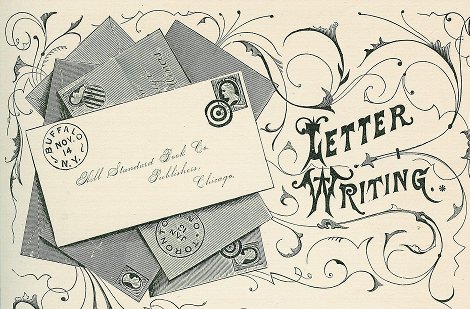 What follows is a brief overview of letter writing, taken  from Hills Manual of Social and Business Forms. This 1821 publication, has, as we have previously discussed, advice that is as fresh today as it was a hundred years ago. We turn now to Professor Thomas Hill for a primer on the basic ins and outs of letter writing:

The rules for the mechanical execution of a letter are few ; understanding and observing the rules already considered for composition, the writer has only to study perfect naturalness of expression, to write a letter well.

The expression of language should, as nearly as possible, be the same as the writer would speak. A letter is but a talk on paper. The style of writing will depend upon the terms of intimacy existing between the parties. If to a superior, it should be respectful ; to inferiors, courteous ; to friends, familiar ; to relatives, affectionate.

Do not be guilty of using that stereotyped phrase,

I now take my pen in hand to let you know that I am well, and hope you are enjoying the same great blessing.

Be original. You are not exactly like any one else. Your letter should be a representative of yourself, not of anybody else. The world is full of imitators in literature, who pass on, leaving no reputation behind them. Occasionally originals come up, and fame and fortune are ready to do them service. The distinguished writers of the past and present have gone aside from the beaten paths. Letter writing affords a fine opportunity for the display of originality. In your letter be yourself ; write as you would talk.

Bear in mind the importance, in your correspondence, of using always the most chaste and beautiful language it is possible to command, consistent with ease and naturalness of expression. Especially in the long letters of friendship and love – those missives that reveal the heart-the language should show that the heart is pure. Let your letter be the record of the fancies and mood of the hour; the reflex of your aspirations, your joys, your disappointments; the faithful daguerreotype of your intellectuality and your moral worth.

You little dream how much that letter may influence your future. How much it may give of hope and happiness to the one receiving it. How much it may be examined, thought of, laughed over and commented on; and when you suppose it has long since been destroyed, it may be brought forth, placed in type, and published broadcast to millions of readers.

When, in after years, the letter you now write is given to the world, will there be a word, an expression, in the same that you would blush to see in print?

Write in the spirit of cheerfulness. It is unkind to the correspondent to fill the sheet with petty complainings, though there are occasions when the heart filled with grief may confide all its troubles and sorrows to the near friend, and receive in return a letter of sympathy and condolence, containing all the consolation it is possible for the written missive to convey.

The length of letters will depend upon circumstances. As a rule, however, business letters should be short, containing just what is necessary to be said, and no more. 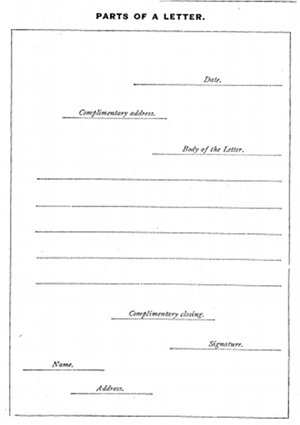 To be written correctly according to general usage, a letter will embrace the following parts:

3rd, body of the letter

Position of the Various Parts.

As a rule, every letter, unless insulting in its character, requires an answer. To neglect to answer a letter, when written to, is as uncivil as to neglect to reply when spoken to. In the reply, acknowledge first the receipt of the letter, mentioning its date, and afterwards consider all the points requiring attention.

If the letter is to be very brief, commence sufficiently far from the top of the page to give a nearly equal amount of blank paper at the bottom of the sheet when the letter is ended.

In writing a letter, the answer to which is of more benefit to yourself than the person to whom you write, enclose a postage stamp for the reply.

Letters should be as free from erasures, interlineations, blots and postscripts as possible. It is decidedly better to copy the letter than to have these appear.