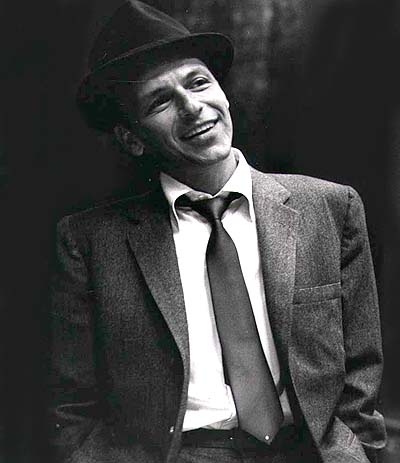 Old Blue Eyes. The Chairman of the Board. Frank Sinatra was the epitome of American male coolness. When he walked into any room, his confident swagger created an electric charge. Women wanted to be with him and men wanted to be him.

Part of Sinatra’s manly and cool presence came from the way he talked. See, Frank had a way of livening up every part of life, even the English language. He peppered casual conversations with phrases and words that to the uninitiated sounded like a bunch of gibberish. Yet it left people intrigued, and wanting to be part of the seemingly exclusive fraternity that used this secret lingo. It not only created a magnetic attraction, but simply sounded damn cool.

Below is a dictionary of the secret man language of Frank Sinatra. Throw a few of these words into your conversations among friends. You’ll probably get a few raised eyebrows but like Frank, you’ll add spark to even the most mundane interactions.

Need some more help capturing that Sinatra swagger? Listen to some tunes from Old Blue Eyes.

Also Listen to My Podcast About the Life of Frank Sinatra:

The Frank Sinatra Scrapbook: His Life and Times in Words and Pictures