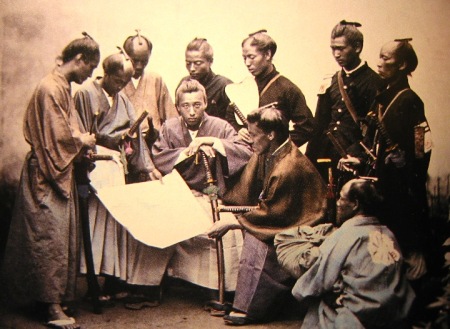 Editor’s Note: This is a guest post from Tim Clark.

“So, boy. You wish to serve me?” Silhouetted against the blue-black sky, the horse-mounted samurai with the horned helmet towered over me like a demon as I knelt in the dirt before him. I could not see his face but there was no mistaking the authority in his growling tone, nor the hint of mockery in his question. I tried to speak and managed only a faint croak. My mouth had gone dry, as parched as a man dying of thirst. But I had to respond. My fate-and though I didn’t know it then, the fate of all of Japan-rested on my answer. Raising my head just enough to brave a glance at the demonic figure, I saw him staring at me, like a hawk poised to seize a mouse in its talons. When I managed to speak, my voice was clear and steady, and I drew courage with each syllable. “That’s correct, Lord Nobunaga,” I said. “I do.”

It was a time of carnage and darkness: the Age of Wars, when the land was torn by bloodshed and the only law was the law of the sword. A peasant wandered the countryside alone, seeking his fortune, without a coin in his pocket. He longed to become the epitome of refined manhood — a samurai — but nothing in the demeanor of this five-foot-tall, one-hundred-ten-pound boy could possibly have foretold the astounding destiny awaiting him. His name was Hideyoshi, and on that fateful spring evening in the year 1553, the brash young warlord Nobunaga hired him as a sandal-bearer. Driven by a relentless desire to transcend his peasant roots, Hideyoshi went on to become Nobunaga’s loyal protégé and right-hand man. Ultimately he became the supreme ruler of all Japan — the first peasant ever to rise to the absolute height of power — and unified a nation torn apart by more than a hundred years of civil strife.

Hideyoshi’s true story has inspired countless novels, plays, movies — even video games — for more than four centuries. Born the weakling son of a poor farmer at a time when martial prowess or entry to the priesthood were the only ways for an ambitious commoner to escape a life of backbreaking farm toil, he rose from poverty to rule a mighty nation and command hundreds of thousands of samurai warriors. For generations of men, Hideyoshi became the ultimate underdog hero: a symbol of the possibility of reinventing oneself as a man and rising, Horatio Alger fashion, from rags to riches. Hideyoshi was driven by a burning desire to succeed as a samurai. But he differed from his contemporaries in seeking to overcome his adversaries peaceably, through negotiation and alliance building rather than through brute force. Lacking physical strength and fighting skills, he naturally chose to rely on wits rather than weapons, on strategy over swords. An unlikely samurai, indeed. Or was he?

A Brief History of the Samurai

The word samurai originally meant “one who serves,” and referred to men of noble birth assigned to guard members of the Imperial Court. This service ethic spawned the roots of samurai nobility, both social and spiritual. Over time, the nobility had trouble maintaining centralized control of the nation, and began “outsourcing” military, administrative, and tax collecting duties to former rivals who acted like regional governors. As the Imperial Court grew weaker, local governors grew more powerful. Eventually some evolved into daimyo, or feudal lords who ruled specific territories independently of the central government.

In 1185 Minamoto no Yoritomo, a warlord of the eastern provinces who traced his lineage back to the imperial family, established the nation’s first military government and Japan entered its feudal period (1185-1867). The country was essentially under military rule for nearly 700 years. But the initial stability Minamoto achieved failed to bring lasting peace. Other regimes came and went, and in 1467 the national military government collapsed, plunging Japan into turmoil. Thus began the infamous Age of Wars, a bloody century of strife when local warlords fought to protect their domains and schemed to conquer rivals. By the time Japan plunged into the turbulent Age of Wars, the term samurai had come to signify armed government officials, peacekeeping officers, and professional soldiers: in short, almost anyone who carried a sword and was ready and able to exercise deadly force.

The worst of these medieval Japanese warriors were little better than street thugs; the best were fiercely loyal to their masters and true to the unwritten code of chivalrous behavior known today as Bushido (usually translated as “Precepts of Knighthood” or “Way of the Warrior”). Virtuous or villainous, the samurai emerged as the colorful central figures of Japanese history: a romantic archetype akin to Europe’s medieval knights or the American cowboy of the Wild West. But the samurai changed dramatically after Hideyoshi pacified Japan. With civil society at peace, their role as professional fighters disappeared, and they became less preoccupied with martial training and more concerned with spiritual development, teaching, and the arts. By 1867, when the public wearing of swords was outlawed and the warrior class was abolished, they had evolved into what Hideyoshi had envisioned nearly three centuries earlier: swordless samurai.

Just a few decades after Japan’s warrior class was abolished, U.S. President Teddy Roosevelt raved about a newly released book entitled Bushido: The Soul of Japan. He bought five dozen copies for family and friends. In the slim volume, which went on to become an international bestseller, author Nitobe Inazo interprets the samurai code of behavior: how chivalrous men should act in their personal and professional lives. 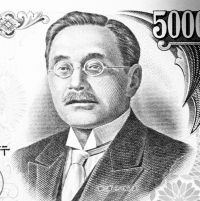 Though some scholars have criticized Nitobe’s work as romanticized yearning for a non-existent age of chivalry, there’s no question that his work builds on extraordinary thousand-year-old precepts of manhood that originated in chivalrous behavior on the part of some, though certainly not all, samurai. What today’s readers may find most enlightening about Bushido is the emphasis on compassion, benevolence, and the other non-martial qualities of true manliness. Here are Bushido’s Eight Virtues as explicated by Nitobe:

I. Rectitude or Justice

Bushido refers not only to martial rectitude, but to personal rectitude: Rectitude or Justice, is the strongest virtue of Bushido. A well-known samurai defines it this way: ‘Rectitude is one’s power to decide upon a course of conduct in accordance with reason, without wavering; to die when to die is right, to strike when to strike is right.’ Another speaks of it in the following terms: ‘Rectitude is the bone that gives firmness and stature. Without bones the head cannot rest on top of the spine, nor hands move nor feet stand. So without Rectitude neither talent nor learning can make the human frame into a samurai.’

Bushido distinguishes between bravery and courage: Courage is worthy of being counted among virtues only if it’s exercised in the cause of Righteousness and Rectitude. In his Analects, Confucius says: ‘Perceiving what is right and doing it not reveals a lack of Courage.’ In short, ‘Courage is doing what is right.’

A man invested with the power to command and the power to kill was expected to demonstrate equally extraordinary powers of benevolence and mercy: Love, magnanimity, affection for others, sympathy and pity, are traits of Benevolence, the highest attribute of the human soul. Both Confucius and Mencius often said the highest requirement of a ruler of men is Benevolence.

Discerning the difference between obsequiousness and politeness can be difficult for casual visitors to Japan, but for a true man, courtesy is rooted in benevolence: Courtesy and good manners have been noticed by every foreign tourist as distinctive Japanese traits. But Politeness should be the expression of a benevolent regard for the feelings of others; it’s a poor virtue if it’s motivated only by a fear of offending good taste. In its highest form Politeness approaches love.

True samurai, according to author Nitobe, disdained money, believing that “men must grudge money, for riches hinder wisdom.” Thus children of high-ranking samurai were raised to believe that talking about money showed poor taste, and that ignorance of the value of different coins showed good breeding: Bushido encouraged thrift, not for economical reasons so much as for the exercise of abstinence. Luxury was thought the greatest menace to manhood, and severe simplicity was required of the warrior class … the counting machine and abacus were abhorred.

Though Bushido deals with the profession of soldiering, it is equally concerned with non-martial behavior: The sense of Honor, a vivid consciousness of personal dignity and worth, characterized the samurai. He was born and bred to value the duties and privileges of his profession. Fear of disgrace hung like a sword over the head of every samurai … To take offense at slight provocation was ridiculed as ‘short-tempered.’ As the popular adage put it: ‘True patience means bearing the unbearable.’

Economic reality has dealt a blow to organizational loyalty around the world. Nonetheless, true men remain loyal to those to whom they are indebted: Loyalty to a superior was the most distinctive virtue of the feudal era. Personal fidelity exists among all sorts of men: a gang of pickpockets swears allegiance to its leader. But only in the code of chivalrous Honor does Loyalty assume paramount importance.

Bushido teaches that men should behave according to an absolute moral standard, one that transcends logic. What’s right is right, and what’s wrong is wrong. The difference between good and bad and between right and wrong are givens, not arguments subject to discussion or justification, and a man should know the difference. Finally, it is a man’s obligation to teach his children moral standards through the model of his own behavior: The first objective of samurai education was to build up Character. The subtler faculties of prudence, intelligence, and dialectics were less important. Intellectual superiority was esteemed, but a samurai was essentially a man of action. No historian would argue that Hideyoshi personified the Eight Virtues of Bushido throughout his life. Like many great men, deep faults paralleled his towering gifts. Yet by choosing compassion over confrontation, and benevolence over belligerence, he demonstrated ageless qualities of manliness. Today his lessons could not be more timely.

Tim Clark blogs at Soul Shelter with novelist Mark Cunningham and is the author of The Swordless Samurai.