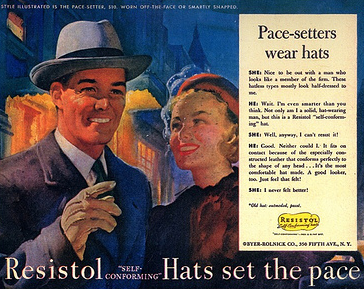 Up until the 1950s, men were rarely seen out and about without a hat sitting upon their head. Since that time, the wearing of hats has seen a precipitous decline. No one is precisely sure why. Some say the downfall of hats occurred when JFK did not wear a hat to his inauguration, thus forever branding them as uncool. This is an urban myth, however, as Kennedy did indeed don a hat that day. Another theory posits that the shrinking size of cars made wearing a hat while driving prohibitively difficult. Most likely, the demise of hats can simply be traced to changing styles and the ongoing trend towards a more casual look.

Hats are due for a full resurgence. They are both functional and stylish. They can cover a bad hair day, keep your head warm, and shade your eyes from the sun. They can also be worn to cover a receding hairline, which interestingly enough is why Frank Sinatra, an iconic hat wearer, started wearing one in the first place. They give you a touch of class and sophistication, impart personality, and add an interesting and unique accent to your outfits. And hats are a sure-fire way to boost your confidence. A cool hat can quickly become your signature piece and give you extra swagger.

Of course men today still wear hats, but they are most often confined to ratty baseball caps, hippie beanie caps, or the thankfully almost extinct trucker hat. There is nothing wrong with these kinds of headpieces per se, but there are other hat options out there. So mix up your lids with these various options: 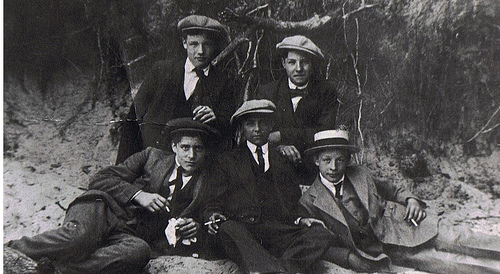 The flat cap has a rounded shape, a small brim, and a high back. Long associated with working class men in the UK, the flat cap can be a stylish way to add interest to a casual outfit. They can give your tired jeans and t-shirt look some unique style. Choose the more masculine flat cap over the similar, but rounder and puffier newsboy cap. The latter has been almost entirely co-opted by the ladies. 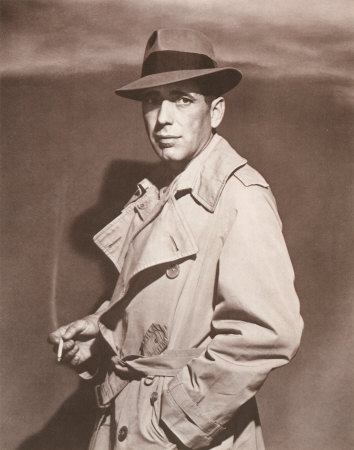 Fedoras were once considered de rigueur for men going out in public and a necessary accessory to formal and business attire. While once mainstream, a man in a fedora is now seen as a trendsetter. Fedoras are soft, usually made of felt, creased lengthwise down the crown, and pinched on both sides. Obviously you cannot pair a fedora with jeans and a polo. They are only an appropriate accent for dressier outfits. But the payoff — loads of style, class, and confidence — make dressing up worth it. Fedoras will make you look manly and a bit mysterious. Worn by Prohibition-era gangsters, almost all of the movie stars of the 1940s, and Old Blue Eyes himself, donning a fedora puts you in touch with a truly luminous and manly heritage. 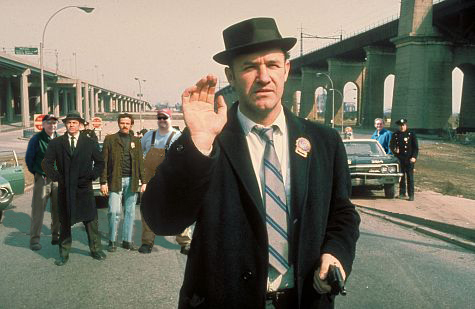 Photo from The French Connection

Named for its resemblance to an actual pork pie, this hat is similar to a fedora but with a flat top instead of a pinched crown. The brim is also shorter and turned up. The hat is often associated with the jazz, blues, and ska culture, but was also worn by the likes of Robert Oppenheimer, father of the atom bomb. 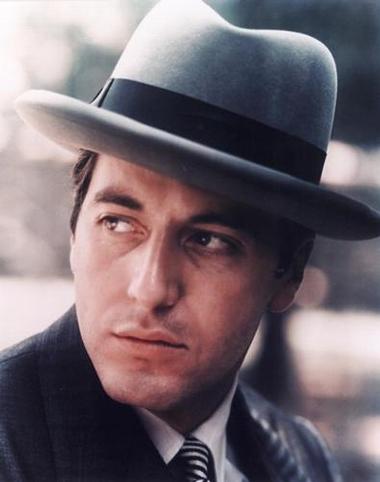 Photo from The Godfather

The Homburg is another hat similar to the fedora. The Homburg’s brim lacks the fedora’s pinches, and is turned up all the way around. The hat is accented with a hatband into which a feather may be stuck. Less casual than a top hat, and dressier than a fedora, the Homburg was the go-to lid for politicians and diplomats in the 20th century. Favored by the Godfather and resurrected by the likes of Snoop Dogg and Tupac, the Homburg now carries a distinctly gangster flavor. 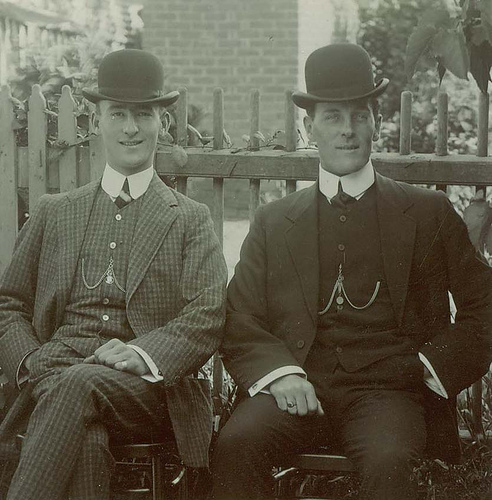 Bowlers are hard, made of felt, and have very short brims. While considered a British icon, the bowler was also part of the urban culture of America in the 19th century. For example, one of the gangs that roamed the mean streets of New York City around the time were the Plug Uglies. The Uglies were never without their bowler hats, which they wore both as their signature piece and to protect their heads during their many scuffles with rival gangs. 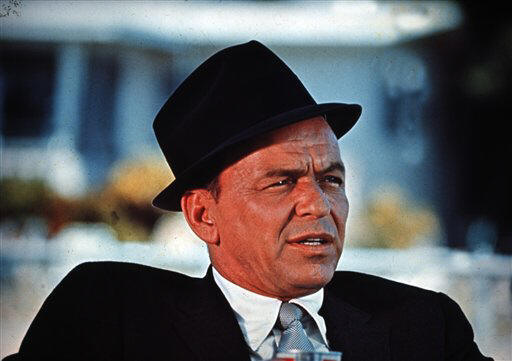 Hats can give you a feeling of effortless cool and manly confidence. Few people loved hats more, or wore them better than Frank Sinatra. He was constantly playing with the idea of angling and tilting his hat to convey different attitudes. Here’s how Frank wore his hat to reflect his mood:

In adopting the hat as your signature piece, you must also accept the responsibility of hat etiquette. Often ignored, hat etiquette will show that your uniqueness extends not only to you choice of headwear, but to your manners as well.