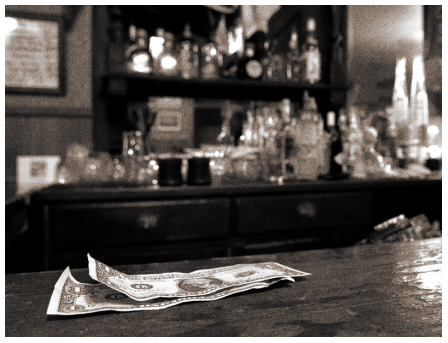 A gentleman knows when and how to tip those who serve him. The unmannered and uncouth do not. Tipping an individual, while not mandatory, should always be done. The only occasion you should not leave a tip is if the service was completely horrendous and the person providing the service made no attempt to remedy the situation. When tipping, you should do so discreetly. Showing off how much you tip does not impress people, but only shows you are a shallow cad. Nonetheless, gray areas in regards to tipping often exist. So read on gents, as The Art of Manliness answers all your tipping questions.

The difference between regular jobs and many jobs that require tips is that they are service jobs, and they are called service jobs because they are directly serving you. They personally and intimately affect you. You do not need to always tip people like tow truck drivers or baristas, and you do not have to tip people for doing their job per se. But you might think about tipping people for the following reasons:

1) If the person went above and beyond regular service. It is just a way of showing gratitude for a job well done and going the extra mile. Some people say, “Why do I have to tip people for doing their job?” To them I respond, “Does the company you work for give bonuses after a project is completed successfully?” And what is a bonus if not just a very large tip? When bonuses are offered, people do not generally say “There is no need to give me a bonus. I was just doing my job.”

2) To show your gratitude. Another word for tip is “gratuity.” Many people in service jobs are overworked, underpaid, and unthanked. At your job when you do something right, your supervisor says “thank you,” and “job well done!” Who says thank you to the trashmen? Many service jobs are jobs we don’t want to do, and we are grateful people are there day in and day out doing them for us. Our trash gets taken away, our mail gets delivered, our food is served to us. Their pay often does not match their effort. Who thinks that teachers’ pay is commensurate with the work they put in? Tipping is a way to say “thank you” to those who rarely hear it.

3) Tipping ensures great service. This is especially true of people who perform service for you regularly. If you tip a barista at a coffee shop you frequent, or a waiter at your favorite restaurant, they will give you even better service next time. For example, I used to work at a pizza place and when an order came in, if the pizza delivery guy recognized the name, and remembered they were a big tipper, they would bust their butt to get the order out. They would even take the tipper their order BEFORE orders that had come in earlier. If an order came up for a name they recognized as a bad tipper, they would deliver that order later. Similarly, when I worked at smoothie place, this one customer would tip us very heavily every time she came in. So during her visits we were practically falling over ourselves to get her order out. We would start making it even before she paid. And we would always throw in extra goodies. So in things you do regularly, generous tipping is certainly not essential, but can guarantee you better service.

4) That person’s livelihood depends on our tipping. An unsettling number of people don’t seem to realize that many service workers in the US, like waitresses, do not get a regular hourly wage. They get paid something like $2.50 an hour. If you don’t tip, they could end up making less than minimum wage. Tipping in these cases is not optional, but necessary. I know our non-American readers will criticize a system that doesn’t pay everyone a decent wage with benefits. But such criticism will not change the current reality. Plus, if companies were to start paying everyone a living wage plus benefits then the cost of goods and services would rise. Thus, you would end up paying out of your pocket anyway. So if you deeply believe in everyone receiving a fair wage, then why not do your part to make it a reality now?

“What money is better bestowed than that of a schoolboy’s tip? How the kindness is recalled by the recipient in after days! It blesses him that gives and him that takes.” ~William Makepeace Thackeray

How Much Should You Tip? 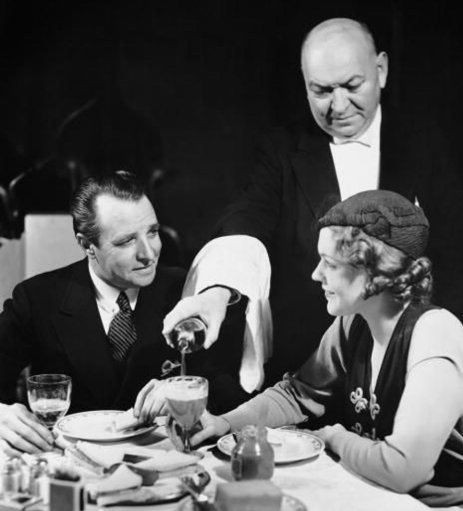 (Note: Tipping guidelines differ from country to country. This guide is intended for those who will be tipping in the United States.)

Out on the Town

During the holidays, it’s customary to give a little more for the everyday services we receive. Here is just a short list of people you should consider giving “la boost” to during the holidays.

Listen to our podcast with David Coggins about modern etiquette, including tipping: