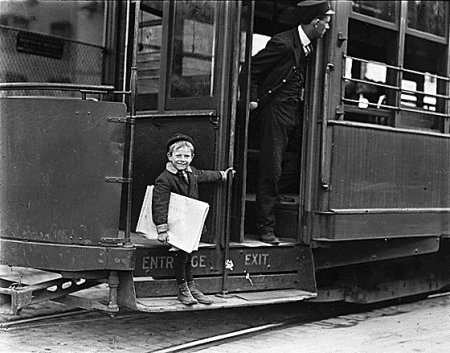 I look around at young people these days, and I honestly fear for the future of my country. People are becoming less and less resilient and more and more clueless on how to survive in the real world. We live in a society of namby pamby men and women who whine when they don’t get what they want and think they are entitled to all the comforts the world has to offer. What do I blame it on? Bad parenting.

Baby Boomer parents developed a parenting philosophy that was soft on discipline and heavy on spoiling their children. Because many Boomer couples were both working, they wanted to make sure their children liked them to make up for the lack of time they were spending with their children. Generation X parents are even worse about coddling their kids. To many many Gen X parents, children are just an accessory you get to dress up with ironic t-shirts and fauxhawks.

In an effort to stop the wussification of yet another generation of children, here are six ways young fathers can raise strong, resilient, and independent children.

1. Give them some independence

Several weeks ago there was a large brouhaha over a NY journalist — Lenore Skenazy — having allowed her 9 year old son to ride the subway home all by himself. Some people chastised the mother for putting her son in danger, while others wrote in to applaud her decision and to share their own stories of taking solo adventures as a child. I, of course, side with the latter. Kids can’t venture a half a mile from their homes these days without parents worrying for their safety. I live in a quiet suburban neighborhood adjacent to a middle school. Every day, SUVs line up down the street to pick up their kids because heaven forbid they would walk the mile home by themselves. They could be snatched!

This culture of obsessive over-protectiveness is bred by the media. As the 24 hour news networks and Satan’s minion, Nancy Grace, regurgitate stories of abduction over and over and over again, it begins to seem like the world outside your suburban castle is a very dangerous place indeed. Yet the reality is very different from how the media spins it. According to Newsweek:

Nationwide, stranger abductions are extremely rare; there’s a one-in-a-million chance a child will be taken by a stranger, according to the Justice Department. And 90 percent of sexual abuse cases are committed by someone the child knows. Mortality rates from all causes, including disease and accidents, for American children are lower now than they were 25 years ago. According to Child Trends, a nonprofit, nonpartisan research group, between 1980 and 2003 death rates dropped by 44 percent for children ages five to 14 and 32 percent for teens aged 15 to 19.

Don’t coddle your kids by keeping them under lock and key and only letting them out if you can keep a constant eye on them. You’re squelching their development and sense of independence. Teach your kids how to stay out of trouble and away from strangers, and then turn them loose to ride their bikes, roam the neighborhoods, run errands, and walk to school by themselves.

Listen to our podcast interview with Lenore:

2. Let them do unsafe things

“Helicopter parents” not only worry about their child being abducted, they wring their hands over letting their children do anything mildly unsafe. Everything today is childproof and fun proof. Have you been to a playground lately? Did you notice what was missing? Teeter-totters, merry-go-rounds, and sometimes even swings are going extinct, replaced by plastic coated, low to the ground, snooze inducing apparatuses. Some playgrounds even have signs that say “no running.” I kid you not. While these changes are often pushed by city managers worried about liability, parents are equally at fault in trying to clear any dangers from the path of their children. They fail to understand that while sticking kids in a protective bubble may keep them in safe in the short-term, it leaves them more vulnerable in the long run. Some lessons in safety must be learned from trial and error. If children don’t learn to deal with dangerous tools and situations growing up, when they finally leave the nest, they will be lacking in the skills necessary to negotiate the real world.

Check out our article on 23 dangerous things every kid should do.

3. Don’t be their best friend

I recently read an interview with Billy Ray Cyrus in which he was asked how he keeps his daughter Miley from turning into another Hollywood train wreck (this was before the topless pictures in Vanity Fair episode). He responded by saying, “I always try to be her best friend.” While many parents applaud such a philosophy, it is fundamentally the wrong way to raise a child. Parents want to believe they can be their child’s best friend because they enjoy such a healthy, close relationship. The reality is that parents want to be their child’s best friend because they’re afraid of their kid not liking them. But parenting is not a popularity contest. Being a true parent means that sometimes you have to lay down the rules, and oftentimes your kid is not going to like it. While “tough love” may be painful for both child and parent in the short term, it greatly benefits both in the long term. Kids don’t need a best friend, they need an authority figure. Deep down, they do want someone to lay down the rules and give them some structure. They want guidance. Best friends are equals, parents and children are not. If you insist on being your kid’s best friend, a situation will inevitably arise where you do finally try to reign them in and make them respect you. But it will be too late; they’ll feel free to toss your advice aside like they would for any friend.

4. Don’t automatically take their side

My mom works at an elementary school. One day, one of the students was causing all manner of trouble: disrespecting the teachers, throwing tantrums, and antagonizing the other children. It got to the point where the girl’s parents actually had to be called to come take the child home. When the mom arrived, she gave the teachers the stink eye, turned to her kid and said, “Awww, you’ve been having a tough day, haven’t you Sweetie? Let’s go buy you a toy.”

While it’s natural to think the best of your children, don’t be overly defensive when others criticize them. Teachers and friends typically do not have ulterior motives when sharing a story of your child’s misbehavior. As outside observers, they may have valuable insight into something about your kid that you have overlooked and need to address. Your child needs to earn your trust, just as anyone else does. Don’t give it to them automatically.

5. Make them work for what they get 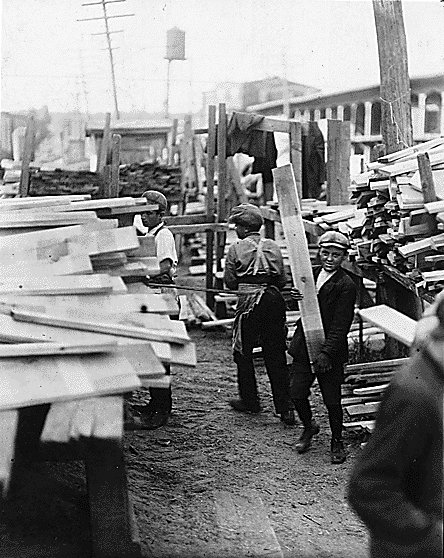 Many young people today are swimming in debt up to their ears. They feel entitled to the things it took their parents 30 years to acquire. Such a problem exists because many young people have never had to earn the things they’ve enjoyed. They expect the good things in life to naturally flow into their lives.

If children are not given responsibilities and work as a young age, it’s harder to instill the ethic when they’re older. You’re doing your child a great disservice if you buy every stinking thing they want. Sure, it’s easier to just buy them the $10.00 toy just to shut their tantrum up. But all you’re doing is conditioning them to the idea that if you whine enough, you’ll get what you want.

By encouraging your children to work for what they get, you’ll be teaching them valuable skills that they will carry with them the rest of their life. Not only will they develop an appreciation for work, they’ll learn valuable money management skills, responsibility, and initiative.

During the early 1900s kids were working 60 hours a week in factories and coal mines. While it was a deplorable situation, it shows that kids are capable of taking on far greater tasks than parents today are willing to give them. They may no longer have to break slate, but they can at least clean the bathroom and mow the lawn.

“If everyone is special, then no one is” -The Incredibles

One year, I volunteered at an after-school program at an elementary school. At the end of the summer we had an awards ceremony for the kids. The very PC director (no Pilgrim or Indian crafts on Thanksgiving!) insisted that every kid, whether they deserved one or not, had to receive an award, lest anyone should feel left out. So we were forced to think of awards even for the kids who had consistently misbehaved and caused trouble. Upon such students we ended up bestowing the “High Energy Award.” What a crock.

What’s the point of an award if everyone gets one? What’s the point in striving to be your best, if everyone is equally rewarded? Praise then loses all of its meaning, even for those who really deserve it.Every parent believes their kid is special; that’s natural. But if you heap enormous and unwarranted praise on your kids, it’s going to end up debilitating them. Praising your child indiscriminately sends the message that praise is not earned, it is something one is naturally entitled too. It will end up dissolving their competitive drive. These children grow up believing they can do anything and everything well. Thus, they become restless at every job, quit, go to culinary school, then getting a masters in philosophy, and then think they’d like to try to enter the space program.

The reality is that there are certain things we are good at, and certain things we are not. If you praise your kids for everything, they’ll have a harder time honing in on their true talents and abilities. Instead of praising them indiscriminately, center your praise on specific achievements. For example, say, “You did a great job on your math test.” Not, “You are so smart and wonderful!”