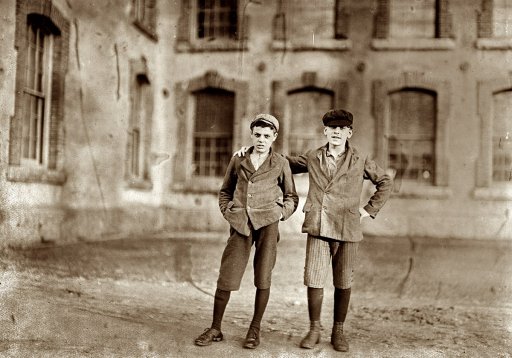 Learning to be a man begins at an early age. Boys try to mimic the manly things they see their fathers and other men do. When they get older, they seek the advice of older men on what it takes to be a man. This short essay from Draper’s Self Culture was published in 1907 and gives advice to boys on how to be manly boys. Print it off and share it with a boy you know.

For a boy to be manly, he must act like a man. By this I do not mean  that he must no longer be a boy. He must be willing, as far as he is able, to help his parents, and try to assist his brothers and sisters in every way that he can.

There are many things which men do that it would not be right for boys to attempt. But there are also many other things which wise and thoughtful boys will try to do as well as they can, and yet be true boys.

There is an old saying that “you cannot put old heads on young shoulders.” This is true to some extent; but when it is given as an excuse for being thoughtless and careless and rude, it is misleading.

We do not want to see our boys going about like little old men, and bearing burdens which their shoulders were never meant to carry. We do not want them to be robbed of the freshness and lightness of youth, while they are yet children but in years.

We believe that “all work and no play makes Jack a dull boy.” But it is also true that “all play and no work will give Joe a ragged shirt.”

Now a manly boy is as often as fond, if not fonder, of play than a boy who has nothing of a man about him. This is because the work he does gives him a change of employment, which makes play all the pleasenter when he takes part in a game.

In every home there are many things to be done which a boy can do just as well as an older person. He can black boots, mend broken things, run errands, work in the garden, and help his younger brothers and sisters with their lessons.

He can treat his parents with repect, follow their advice, and act in such a manner that they feel they can trust him to do right when he is out of their sight. They know that he is anxious to win their praise, and that he values their esteem.

I remember asking a father if he was not afraid to send a boy of thirteen to pay a large sum of money.

When you are older and read the lives of some men who have risen to high places in the world, you will find that when they were boys they began to act like men. Yet they were just as fond of fun and play as other boys who never tried to give  their parents a helping hand.

How often we hear a boy say, “I wish I was a man!” And if we ask why, we often learn that it is because he wants to be able to do as he likes. He is tired of having to obey his parents, and be guided by them. He thinks he knows better than they do what is best for him.

Such a boy is already going wrong, and only wants the chance to break away from the restraints of home. He is not a manly boy. He is often a forward, foolish boy, who can be easily led astray, and who will sooner or later come to grief.

When a manly boy wishes to be a man, it is not that he may have his own way, but that he may be better able to help his parents and be more useful in the world. It is not that he is tired of being a boy, but he is willing to give up youthful pleasures for the sake of those who have done so much for him.