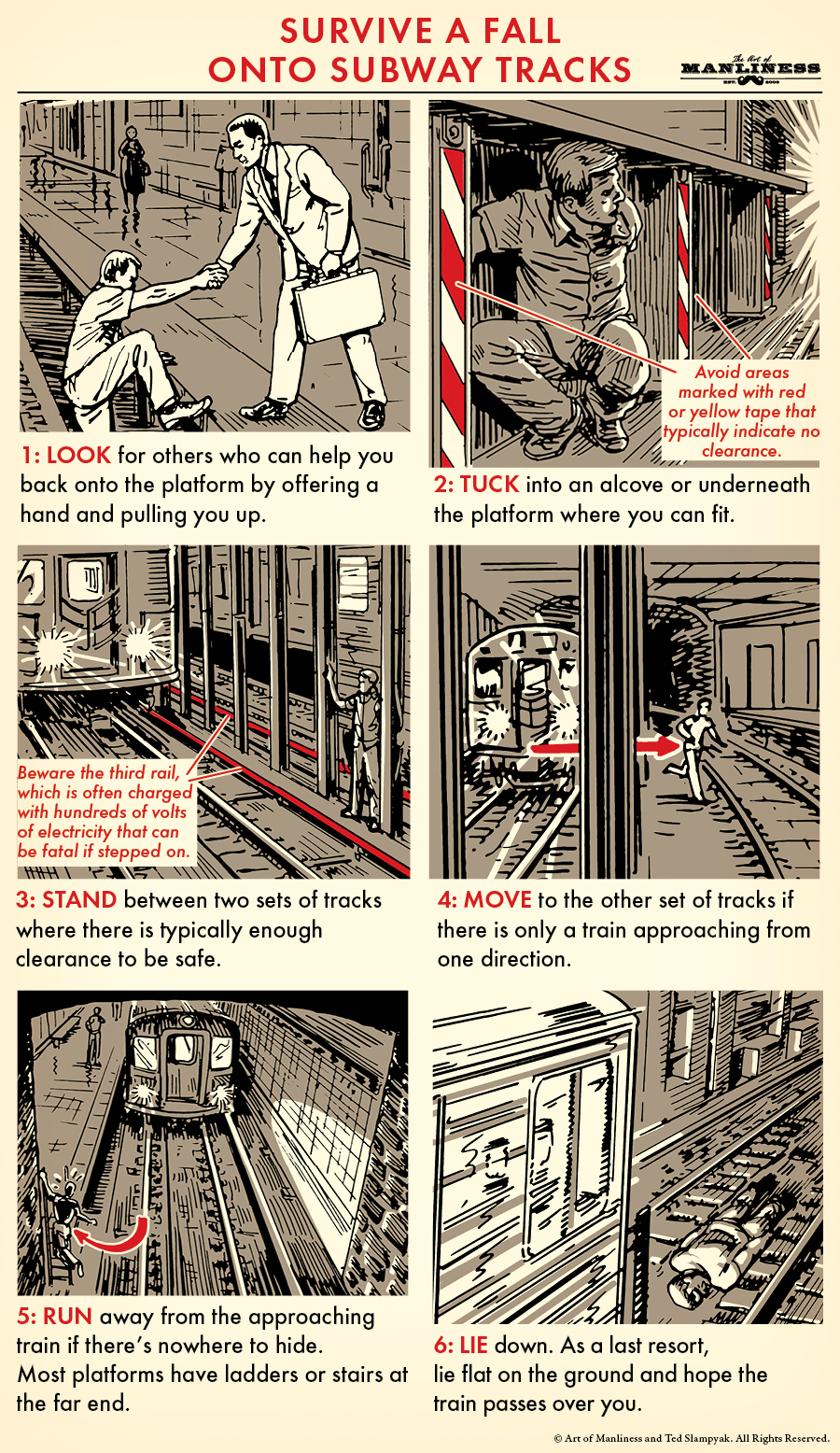 Considering the millions of people who take a subway every day as part of their usual commute, it’s a wonder that more people don’t fall onto subway tracks. What makes a fall onto the tracks so dangerous is that it’s often not easy to get out on your own. Steep, tall walls can make it nearly impossible for an average person to get off the tracks before the next train approaches. And, because subway systems are built for one purpose and one purpose only, the tunnels don’t have a lot of extra space built in just for the heck of it. Subway cars can whip through sections of track where they only have inches of clearance on any given side. So, how should you respond if you do happen to take a tumble onto the tracks and a train is approaching? Here’s how to survive your fall.

1: Look for others who can help you back onto the platform by offering a hand and pulling you up.

2: Tuck into an alcove or underneath the platform where you can fit.

3: Stand between two sets of tracks where there is typically enough clearance to be safe.

4: Move to the other set of tracks if there is only a train approaching from one direction.

5: Run away from the approaching train if there’s nowhere to hide. Most platforms have ladders or stairs at the far end.

6: Lie down. As a last resort, lie flat on the ground and hope the train passes over you.