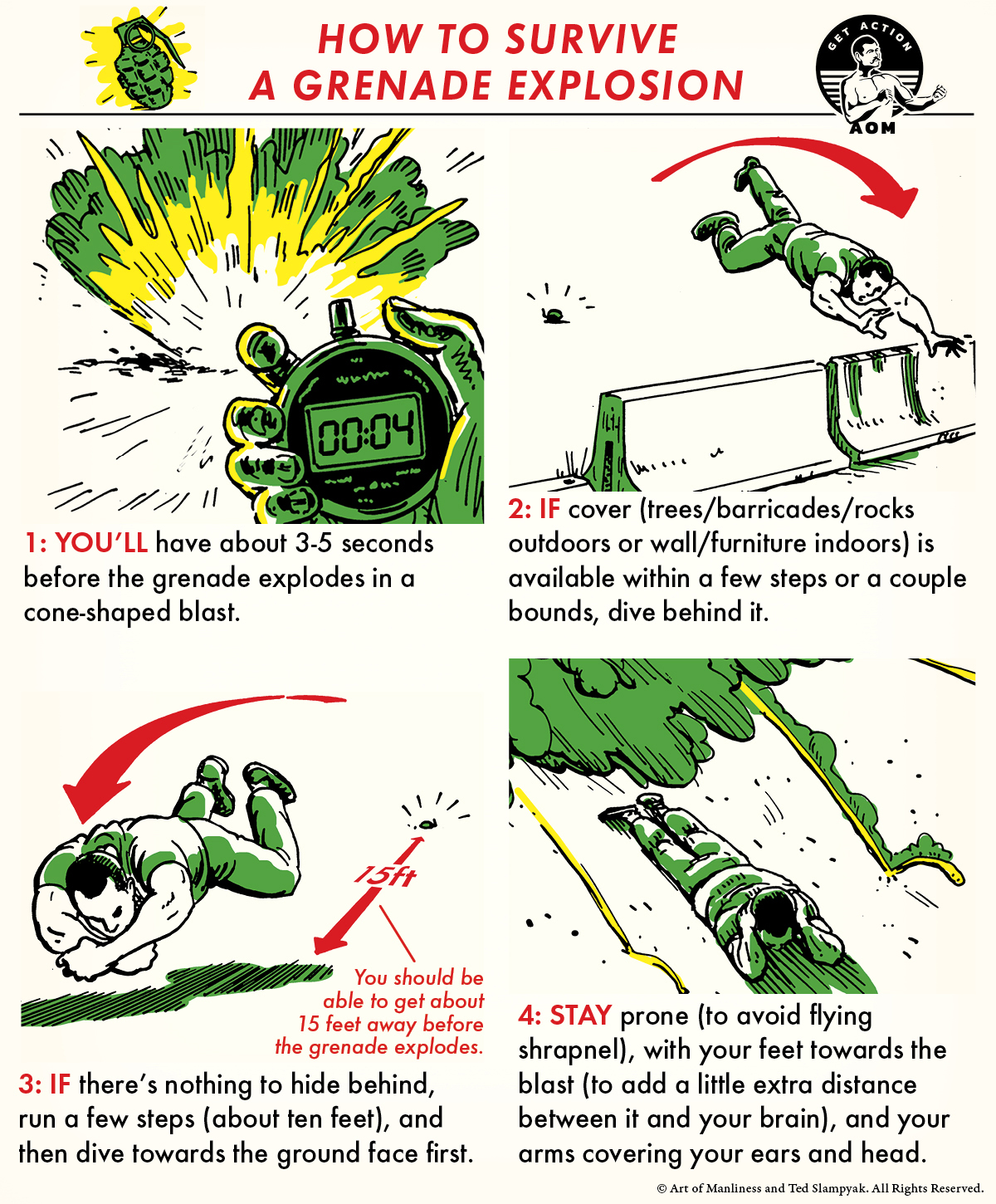 Grenades are diabolical little devices that go back as far as the 8th-century when soldiers from the Byzantine Empire began putting incendiary compounds in small stone or ceramic jars and hurling them at their enemies. Today’s grenades aren’t a whole lot more elegant.

There are a few kinds of grenades, with time-delayed fragmentation grenades being the most common in modern armies. Frag grenades are made of steel or some super-hard synthetic, and filled with explosive material. When you pull the detonation pin and release the handle, it triggers the fuse to ignite the charge.

Despite their explosive power, it isn’t the explosion itself that’s harmful. It’s the shrapnel. When a grenade blows up, the steel body disintegrates into a multitude of tiny pieces. Those fragments hurtle through the air in all directions, like a shotgun blast. The bumpy texture on the outside of many grenades (hence the nickname “pineapple”) helps them erupt into more effective shrapnel. If one of those pieces catches you wrong, it can be deadly.

Most grenades will detonate about 3-5 seconds after the trigger is released, giving you a few critical moments to react. The kill radius from a grenade’s explosion is about 15 feet, and the casualty radius is about 50 feet, though pieces of shrapnel can still fly much farther than that. You’re not likely going to be able to completely outrun the explosion (and don’t try picking up the grenade and throwing it back!), and because the blast will be cone-shaped in trajectory, with more shrapnel flying upwards and less along the ground, you don’t want to be caught in an upright position when it hits. So the moment a grenade lands in your vicinity, you want to sprint forward a few steps and then immediately hit the deck.