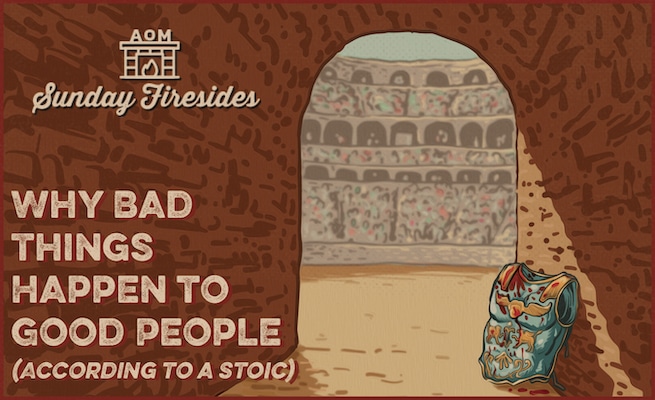 One of the most difficult existential questions is why bad things happen to good people, especially if there’s a just, benevolent force at the helm of the universe.

Seneca, an ancient Stoic philosopher, offers an answer that invites us to consider ourselves as athletes and warriors.

He first observes that the “part of each man which he exercises is the strongest,” and that this is as true of the body, as the spirit.

Adversity is training for the soul.

Further, strength of any kind must be tested to be proven. Imagine, Seneca asks, that you’ve “entered the arena of the Olympic Games” . . . but are the only participant. You could technically crown yourself the winner, but where would the honor and meaning be in that?

You cannot understand what you’re capable of without grappling with opposition.

“[If] you have passed through your life without meeting an antagonist, no one will know your powers, not even you yourself. For a man cannot know himself without a trial.”

You cannot achieve and demonstrate character in the absence of resistance.

For these reasons, “Great men often rejoice at crosses of fortune just as brave soldiers do at wars.” Rather than fearing and lamenting hardship, they act as the fiercest of warriors, who “glory in their wounds and delight in displaying the blood flowing over their breastplate.”

His answer, then, to why bad things happen to good people, is that what we consider bad, is “not bad save to him who endures it ill.”

For it is only in a world where we face crucibles of pain, that we can ever wear laurel wreaths of joy.