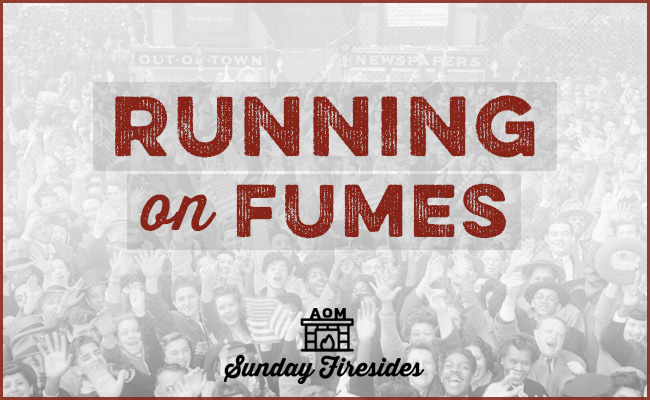 Today marks the 77th anniversary of the end of World War II.

It’s a milestone that feels both distant in time, and not that long ago.

There are still those living among us who experienced the attack on Pearl Harbor, the invasion of Normandy, and the celebration of V-J Day firsthand.

But each year, they grow fewer and fewer in number.

Veterans of the war have disappeared from our patriotic parades and family reunions, and soon will vanish from all the earth.

Though older generations knew members of the “Greatest Generation” as parents and grandparents, the rising generations will know them only through history books.

This shift represents a loss not only in the treasury of personal experience, but in the atmosphere of collective culture.

The WWII generation was the greatest not because of any inborn superiority, but because they were confronted with a crisis that required courage, sacrifice, and unity to surmount. The war clarified perspective, refining away a preoccupation with the self and with petty grievances. As Marine Corporal Eugene Sledge once wrote, “It was the kind of experience that would make a man sincerely grateful for the rest of his life for clean, dry socks.”

The aftereffects of this collective test and victory strengthened society’s moral muscle, embedding a centering, confidence-imparting leaven to the cultural ether that we’ve been coasting on ever since.

But the tank’s almost empty. After three-quarters of a century of desirable-but-undemanding peace, our society’s can-do mojo seems to have all but sputtered out.

Given that no one wants to fuel up with another war, the present age finds itself with a challenge of its own: summoning the will to character when faced with a crisis that hits not with the acute, deeply existential weight of the Big One, but the endless, shallow-yet-weakening force of a thousand paper cuts.