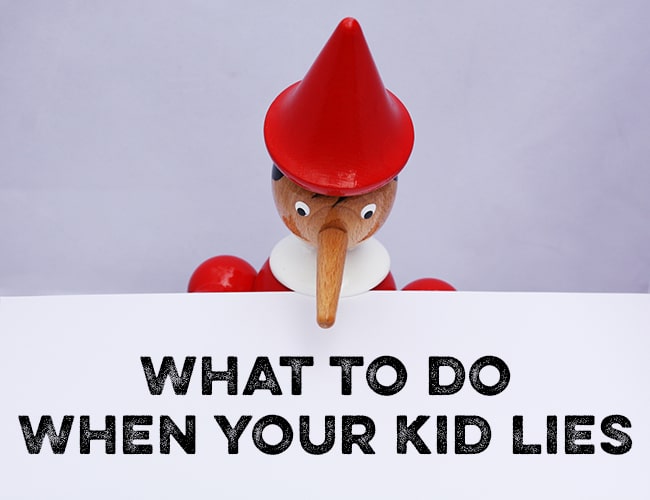 You walk down your hallway and do a double-take.

Your son is six years old, as tall as an average six-year-old, and enjoys saying phrases like “poopy head.”

Hmmm . . . using your keen Sherlock Holmesian detective skills, you deduce it was your son who graffitied the hallway.

So you confront him about it.

“Hey Jeff, did you write poopy head on the wall?”

Jeff looks you dead in the eye: “I didn’t do that.”

“Are you sure? Because it looks like your handwriting.”

Jeff’s well-acted protestations aside, you know he was the perpetrator.

Now you’re ticked at him for writing on the wall and for lying to you about it.

So you raise holy hell about both crimes.

You send him to his room after harshly lecturing him on the importance of telling the truth.

While he’s in there wailing and gnashing his teeth, you wonder, “Is my kid some kind of sociopathic liar? How can I make sure he doesn’t grow up to be a crook?”

Below we highlight research-backed advice on what to do when your kids lie to you and how to encourage them to grow up to be honest and upright.

The Good News About Childhood Lying

While catching your kid lying can feel like a gut punch that makes you doubt your parenting, it’s not necessarily as bad of a thing as you might think. Here’s some good news about childhood lying:

Lying is part of children’s cognitive development. If your kids are lying to you, then celebrate! They’re developing the cognitive skills needed to become fully functioning human beings.

Lying requires having theory of mind. Theory of mind is the ability to understand that other people have minds of their own and don’t think/know the same things that you think/know. It allows you to step into other people’s shoes.

When you lie, you understand that the person you’re lying to can’t read your thoughts and doesn’t know stuff you know. So if your kid ate a cookie when you weren’t looking, theory of mind allows her to know that you don’t know that she ate the cookie. So when you ask her if she ate it, she sees an opportunity to get away with her crime and lies to say she didn’t.

Children start developing a theory of mind around three or four years old. Until then, infants and toddlers think that whatever they’re thinking/feeling/perceiving is what others are thinking/feeling/perceiving too. It’s why when my son Gus was eighteen months old, he would “hide” by simply covering his eyes with his hands. He thought that because he couldn’t see me, I couldn’t see him, even though he was sitting right in front of me in his high chair. While undoubtedly cute, it was a big fail in terms of theory of mind.

Childhood development specialists notice that most kids start lying around age three because that’s when their theory of mind is beginning to turn on. As they get older, it develops more and more.

While it can be a bummer to have your kids lie to you, understand that it’s a sign that their minds are developing as they should. The same theory of mind that allows them to lie about breaking the lamp will one day enable them to become compassionate and empathetic adults.

Your kid likely isn’t a pathological liar. While it might seem like your kid lies to you a lot, especially in those middle childhood years that span ages five to eleven, you don’t need to fear that your child is a sociopath.

Research by Victoria Talwar, a psychologist who specializes in childhood deception, shows that most kids who lie a lot in childhood still grow up to be honest adults. Honesty is something that increases as people get older.

So if your kid is lying, don’t freak out. It’s probably not setting a pattern for life.

How Do I Know If My Kid Is a Pathological Liar?

Pathological lying is defined as:

“a persistent, pervasive, and often compulsive pattern of excessive lying behavior that leads to clinically significant impairment of functioning in social, occupational, or other areas; causes marked distress; poses a risk to self or others; and occurs for longer than six months.”

If your kid’s frequent lying is getting them into trouble at school and in other areas of life, it might be a pathological problem. Moreover, pathological lying is often associated with other issues like anxiety and conduct and personality disorders.

If your kid is lying a lot and it’s impairing their life, and you see other behavioral issues related to the lying, consider getting professional help.

But if your kid lies, even fairly often, but is for the most part an otherwise well-adjusted kid, you probably shouldn’t sweat it too much. Just focus on consistently disciplining them so they learn to tell the truth.

Stay calm. If you blow your gasket every time your kids do something wrong, they’ll be motivated to lie about their mistakes to avoid experiencing your wrath. So when you’re chastising your children for a misdeed, be firm yet dispassionate with your discipline.

Don’t give them the option to lie. If you know your kid did something wrong, don’t give them the opportunity to lie by asking, “Did you do X?” It’s like entrapment. Instead of making the initial misdeed the issue, you turn it into a test to see if they’re going to lie or not. Your kid will likely feel backed into a corner and will lie to avoid the negative consequences of the initial misdeed.

Instead of asking, “Did you do X?” say, “I see on the Screen Time app that you were using your iPad at 4 a.m. this morning. Consequently, you’ll have no screens for the rest of the week.”

In cases where you think your kid did something wrong, but you can’t prove it (e.g., you think your kid snatched a $10 bill off the counter, but it’s also possible you lost it yourself), and your child denies the crime, persistently badgering them with “Are you lying to me?!” isn’t likely to get you anywhere. Your kid will just get defensive and double down on their innocence. And you don’t want to continually accuse your child of being a liar when it’s possible they’re telling the truth. Emphasize the importance of being honest even when it’ll lead to negative consequences; but if your kid doesn’t confess, sometimes you just have to let things go.

Establish a clear, consistent consequence for lying. When a child plays a video game, he knows that if he makes X misstep, he gets Y penalty; a mistake dings his life-o-meter without fuss or variability.

Parent in a like manner: Instead of allowing the severity and consistency of your punishments for misbehavior to vary according to your particular mood and/or how effectively your child pleads for clemency, establish a clear consequence for lying in advance; then, when your kid lies, dispassionately implement the consequence. The type of consequences you establish will vary depending on your child’s unique circumstances. The key is to keep them consistent.

Something we always try to emphasize when we catch one of our kids lying is that there’s no reason to follow the making of one mistake with the making of another; it only makes things worse.

Let your kids know that you expect them to be honest with you in the future. The goal of discipline isn’t just to punish bad behavior but to encourage kids to grow in character and do the right thing next time. To best nudge them in that direction, don’t just tell them that honesty is important — explain why it’s important.

How to Raise Honest Kids

Walk the talk. Kids imitate what they see. If you want them to be honest, be honest yourself. If you’re always going on about the importance of honesty, but then your children overhear you lying to get the under-age-12 price on a ticket into an amusement park, they’re going to pick up on your hypocrisy. Your actions will always speak louder than your words.

Talk about honesty. Devote some of your weekly family meetings to discussing the importance of telling the truth. Read stories or watch movies that grapple with honesty. Go through hypotheticals with your kids that involve the temptation to lie. The more your kids stew in the idea of integrity, the more likely they are to develop it.

Acknowledge and recognize honest behavior in your kids. You get more of what you reward. So if you want your kids to be more honest, recognize and praise their honest behavior. Researchers point out that positive feedback is more effective than negative feedback in inculcating good habits. So as much as possible, aim to “catch” your kids being truthful. When they fess up to a mistake of their own accord, tell them that you really appreciate their honesty. And remind them that, while you still have to enact a consequence for their misdeed, their punishment would have been worse if they’d lied about it. 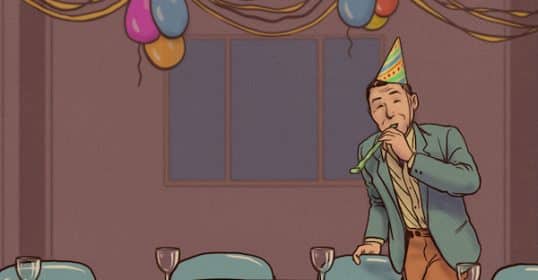