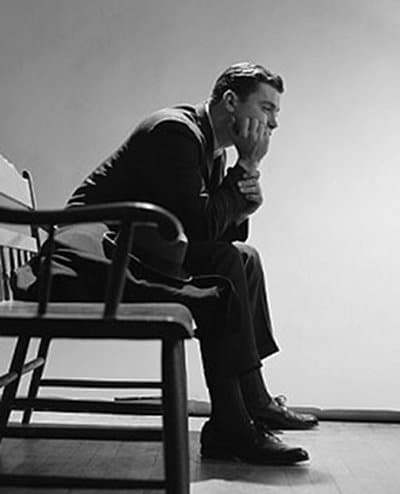 While I was a fat kid in middle school who couldn’t even do a single pull-up, since college my weight has been decidedly average; I am neither particularly ripped nor overweight.

But my weight does fluctuate ten pounds up or down depending on how well I’m eating and working out. After our recent run through the sugar cookie-riddled holiday gauntlet, I found the scale tipping to that upper range. So I decided I needed to do something to whittle down the lbs.

I had a recently bought Tim Ferriss’ new book, The Four Hour Body. The idea behind the 4HB is pretty genius; for several years, Ferriss became a guinea pig, carrying out all sorts of experiments on himself with an eye towards discovering ways to hack the human body.

In the book, Ferriss recommends the “Slow Carb Diet,” so I decided to give it a whirl. The diet is quite simple. You eat protein, beans, and vegetables at every meal. Fruit, refined carbs, and sugar are not allowed at all, except….for one day a week. On that day you can eat whatever you want. Anything and everything your carb-deprived heart desires. This method is similar to the Body for Life diet.

So I gave the Slow Carb Diet a whirl and was quite pleased to drop 10 lbs while I was doing it. But its greatest benefit was in reawakening me to a timeless truth: delayed gratification brings increased pleasure. During the week as I sat down to plate after plate of chicken breasts, beans, and broccoli, I would dream of the things I was going to eat on my “free day.” And when it finally arrived, sinking my teeth into a giant burger and tearing into a bowl of ice cream was positively euphoric. The carbs would wash over my brain and bliss me out.

Before doing the diet, I would have “bad” foods here and there throughout the week. And they were good, but just run-of-the-mill good on the pleasure scale. Holding off for just a week made them taste ten times better.

This is a principle that can be applied not just to food, but to all areas of our lives. The rarer something is, and the more we hold off on getting what we want, the greater the pleasure and pay-off when we finally do.

Setting Our Own Limits in an Age of Anomie

It is the age of now. The spigot of pleasure is constantly running full blast.

In an Age of Anomie where social rules and standards have given way to full bore personal freedom, no one is going to stop you from sticking your mouth over that spigot and filling up until they have to roll you away. It is up to you as your own man to control the flow, to turn the faucet on and off, to set limits for yourself not because you have to, but because you want to. While society once dictated what was sacred or special, you must now take the initiative to sacralize things yourself.

Why would you want to do that? In order to increase your pleasure, happiness, and manliness.

The Benefits of Delayed Gratification

It’s clear we’re talking about self-denial here. Which is one of those terribly unpopular words these days, like “sacrifice” and “discipline.” It makes you feel all itchy and suffocated just thinking about it. Why would you want to deny yourself of anything?

Because in truth, delaying the gratification of your desires offers a myriad of amazing benefits:

Helps You Make Do with Less

Something I noticed while being on the Slow Carb Diet is that it re-attuned my taste buds. Whereas normally I’d want something sweet like a brownie after eating dinner, while on the diet, a cup of unsweetened herbal tea was “sweet” enough to do the trick. My taste buds had been oversaturated; taking a break from the super sweet stuff brought back that sensitivity so that a very little became a lot.

When you delay your gratification, when you do finally get what you want, you’ll often discover that you need less of it then you once thought you did or that don’t need the thing at all. You think you need a new laptop, but decide to wait two months until you buy it, and when that date arrives, you realize the old one works just fine.

Inspires You to Treat Things Better

Even if you do decide you still want the thing you’ve been desiring, when you get it after a period of delayed gratification, you’re going to take better care of it. Your parents were right all along…If you had bought that remote control car yourself, you would have taken better care of it! As Tony mentioned in last week’s post about shoes, if you budget and save up for a really nice pair, you’ll end up taking the time and effort to make them last. When we feel like we’ve earned something, we don’t want to let that work go to waste. Which brings us to our next point…

Allows You to Enjoy Guilt-Free Satisfaction

Have you ever bought something you really wanted but couldn’t really afford? The pleasure you got from making that purchase was likely greatly dampened by infringing feelings of guilt that you shouldn’t have pulled the trigger. And thus you couldn’t fully enjoy your new thing.

But when you wait until you’ve earned something to get it, the pleasure is all yours to savor.

When I did the Slow Carb Diet, I could pack away a whole pizza pie without a bit of guilt, without having to think, “Dang, I shouldn’t be eating this.”

Heaven is on the other side of that feeling you get when you’re sitting on the couch and you get up and make a triple-decker sandwich.  It’s on the other side of that, when you don’t make the sandwich.  It’s about sacrifice…. It’s about giving up the things that basically keep you from feeling.  That’s what I believe, anyway.  I’m always asking, “What am I going to give up next?”  Because I want to feel. -Jim Carrey

I know, I know, it’s hard to take advice from the man who starred in Dumb and Dumber, but the dude really makes a very wise point here.

One of the things everyone wants most in life is to feel, period. Not simply to feel good, but to just to feel, and feel deeply. This is why while women have a reputation for creating drama, I know guys who do it too–by say cheating on a girlfriend they really love–to subconsciously create a situation of great angst. Because paradoxically, even though angst is a “negative” emotion, it’s pleasurable on some level to simply feel something–anything–so intensely.

But there are healthier ways of feeling more deeply than creating drama for yourself, such as purposefully cultivating hunger (and I mean hunger here in a much broader sense than the appetite for food).

We often think of hunger as “bad” and satiation as “good.” But each state is part of the spectrum of human experience and each has value; every man needs to intensely feel both of them to understand himself and the world.

If you want to experience the fullness of life, you have to be content to feel both satiation and hunger; if you’re always stuffed from having gorged on life’s pleasures, you’ll miss out on a whole other dimension of the human experience.

Builds Your Strength and Discipline

One desire may be more attended to than the others, and it will requite the attention—like an overindulged servant—by quietly taking the place of master…The whole man, body and soul, is compelled to labour for the gratification of one dominant passion. The noblest faculties of human nature are made to act the part of hewers of wood and drawers of water, to minister to its satisfaction. -William Burns Thomson, Habit, 1864

Every man should seek to master himself. A man should be able to decide when and where to indulge his desires as opposed to the desires dragging him to and fro. A man is a king, not a slave. Delaying your gratification builds both your self-confidence—you are in control of your life, not your emotions or circumstances–and your self-discipline. As we have discussed, discipline is like a muscle that must be ever exercised in order to build its strength.

Freedom is not procured by a full enjoyment of what is desired, but by controlling that desire. -Epictetus

Increases Your Pleasure and Happiness

It turns out that all those cheesy bumper stickers and song lyrics were right on the money; it’s all about the journey, not the destination.

Scientists have shown that our brains experience more pleasure when we are working towards our goals, than they do when we actually achieve them. Sounds strange, but think about how much more pleasurable the anticipation and countdown to Christmas is than Christmas Day itself. I’m sure we all have all those moments where we’ve worked so hard for something, and when we finally achieve it, it’s feels strangely anti-climatic. Getting there was actually the best part.

One of the most interesting examples of this truth can be seen in a study done on the effect of vacations on people’s levels of happiness. Researchers found that no matter how fun and relaxing a vacation was for folks, their happiness went right back to their baseline levels two weeks or less after their trip. The biggest boost in people’s happiness actually came from simply anticipating the vacation, not from going on it! Just thinking about how great it was going to be to go on vacation made people happier for a full eight weeks beforehand. The researchers therefore recommend that people take several shorter vacations during the year instead of one long trip, thus increasing the amount of time they can spend looking forward to their vacations.

And delaying your gratification also increases the pleasure of the pay off, by heightening your hunger, which as many have noted, is truly “the best spice.” Without contrast, you can’t experience the pleasure of something; you can’t have the sweet without the bitter.

Again, we’re not just talking about food here. For example, this is true of physical intimacy in a relationship as well—the longer you put sex off, the sweeter it is when consummated. Even couples that don’t wait until marriage to have sex often take a sex “vacation” before their wedding, abstaining from sex for a month or two beforehand in an attempt to the build up the anticipation and excitement for the big day and the honeymoon.

So whatever it is that you want, delay your gratification to increase your pleasure.

Every man has a tremendous and tremendously underused power: the power to sacralize anything in his life. Using this power with wisdom is an important part of being a mature man. By purposefully, thoughtfully, and intentionally creating scarcity in your life and delaying your gratification, you can increase your happiness, pleasure, and strength, along with the vitality with which you experience life.