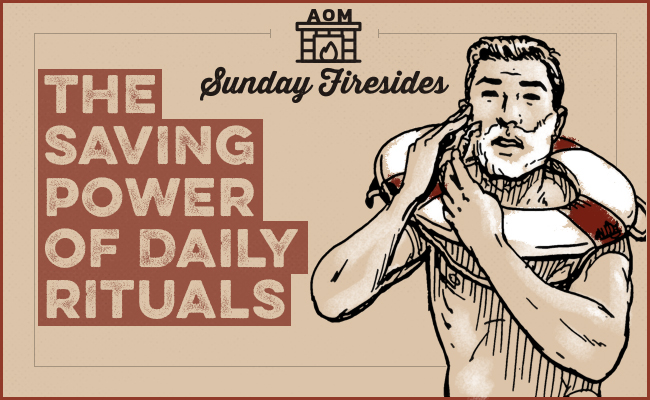 When Primo Levi was imprisoned at Auschwitz, he was puzzled to find that a fellow inmate would vigorously wash his body every day. To Levi, the act seemed pointless: there was no one to please with a fresher countenance, and without soap or clean water, the practice did little to promote health or hygiene. The effort thus seemed “a dismal repetition of an extinct rite” — a waste of precious energy that could be better spent in a more comfortable moment of idleness.

But Levi’s fellow captive explained that he didn’t wash himself for practical reasons, but as an act of defiance, a way to rise superior to his circumstances. If the camp was “a great machine to reduce us to beasts,” he told his friend, “we must not become beasts. . . . we must force ourselves to save at least . . . the scaffolding, the form of civilization.” Simply washing his face each day was a way for the prisoner to affirm his humanity, his expectation that life would go on, and that he would emerge from confinement with dignity intact. The habit was “most important,” Levi realized, “as a symptom of remaining vitality, and necessary as an instrument of moral survival.”

Such is the salvific power of daily rituals — a power they exert even within less dire conditions.

Rituals send a message to ourselves about who we are and the values we wish to retain. A daily run informs us of our inherent endurance and strength. A daily prayer reminds us that we are not only flesh, but spirit as well.

As a young George Patton told his wife when she questioned his insistence on dressing up for dinner each evening, despite the fact they ate together in the very modest quarters of military housing, “The poorer the surroundings, the more important it is to keep up your standards.”