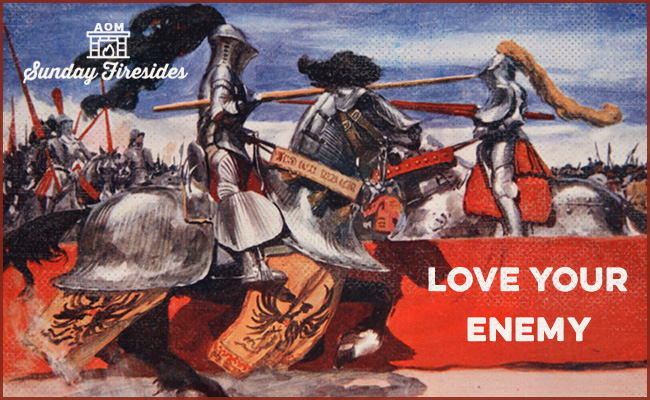 In the aftermath of the Second Punic War, Roman citizens erected several statues — which remained standing for centuries — of Hannibal.

Hannibal. The cruel Carthaginian general who started the war, occupied most of southern Italy for a decade and a half, and terrorized Romans for just as long.

Typical of an honor-based culture, ancient Romans had a relationship with their enemies that was marked by both fierce antagonism and sincere admiration. That Hannibal inspired great fear and loathing, did not preclude him from also inspiring great respect. In fact, the Roman historian Livy describes Hannibal as having virtus — manliness — more often than he does Scipio, the Roman general who eventually conquered the Carthaginian.

But more than admiring Hannibal, the Romans appreciated what he did for them. As Seneca said, “Without an adversary, virtus shrivels.” That is, excellence cannot be achieved without something to push back against; in being such a worthy, formidable opponent, Hannibal had catalyzed the Romans’ highest capacities, given them their most glorious fight.

And so the victors proudly built statues of the vanquished — monuments celebrating the caliber of foe they were capable of defeating.

When we hear the phrase “love your enemy,” we tend to think of Jesus’ admonition to have charity even for those we might otherwise despise. But we can also use it in a very different sense.

We can love the role an “enemy” — whether an outward competitor or an inward weakness — plays in our lives.

We can recognize that without the gravity of strength-building resistance, we’d be unmoored, enervated, non-entities.

We can feel gratitude for the refining role of opposition: Thank you for revealing my vulnerabilities; for keeping me humble; for showing me how not to be; for lighting a fire in my belly; for making me better than I was.