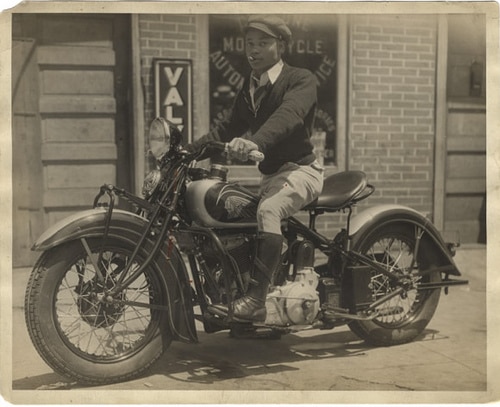 Trust thyself: every heart vibrates to that iron string.
-All quotes from Ralph Waldo Emerson’s Self-Reliance

When you’re eight years old, you’re pretty much oblivious to the opinions of others. You can wear a superhero cape to the grocery store, pretend to be a pirate at a party, and declare that your aunt’s blouse is ugly, all without a second thought to the judgment of others. Then one day, most likely in middle school, some snot-nosed kid makes a crack about your Spiderman t-shirt, and while you pretend to blow it off, the t-shirt never again sees the light of day. You slowly become keenly aware of your friends’, family’s, and society’s expectations for how to should act, dress, and behave. You lose your inner-compass.

And yet every man wishes to recapture to a certain degree that boyish obliviousness to the pressure to conform. They envy the few men who have preserved it, who walk around completely comfortable in their own skin, cool, confident, and aloof from the criticisms of others. They do their own thing. We celebrate these men in literature and in movies. He’s James Dean in Rebel Without a Cause. He’s Christopher McCandless heading Into the Wild. Of course fictional portrayals and stories ending with a lonely death in a school bus are one thing, but how does a normal guy practically navigate the real world, while also holding true to who he is?

When to Change, When to Stick

Whoso would be a man must be a nonconformist. He who would gather immortal palms must not be hindered by the name of goodness, but must explore if it be goodness. Nothing is at last sacred but the integrity of your own mind. Absolve you to yourself, and you shall have the suffrage of the world.

Of course, if you’re currently an obstinate idiot, you shouldn’t justify your identity under the guise of “being your own man.” So how do you know if you have arrived at a point of personal development that you would even want to preserve your identity against the onslaught of others?
Are you having success? If you’re moving up in the world, and doing well for yourself, but people are criticizing what you’re doing, brush off these haters. If you weren’t doing a good job, then you wouldn’t be finding success. These people are usually jealous and just trying to hold you down.

Do you have some supporters? No one will ever be universally popular. (See below). But if your actions have completely isolated you, you’re doing something wrong. Many men, pushed by their behavior into complete solitude, counter that they are simply following in the veritable footsteps of the great men in history, men whose revolutionary ideas brought scorn and retaliation from society. But the truth is that even the most revolutionary men had some fans. Jesus? Socrates? Galileo? King? Sure they were ostracized by many, but all were embraced by at least a few. Emerson, who vigorously preached the doctrine of non-conformity, was still quite popular in his day. In truth, if who you are and what you do is good, useful, or interesting, at least some people will support you. If your personality is causing others to avoid you like the plague, then you need to change before embracing your identity.

Society everywhere is in conspiracy against the manhood of every one of its members. Society is a joint-stock company, in which the members agree, for the better securing of his bread to each shareholder, to surrender the liberty and culture of the eater. The virtue in most request is conformity. Self-reliance is its aversion. It loves not realities and creators, but names and customs.

When you find yourself the target of criticism, you may develop self-doubt and become insecure about the path you have chosen. There are several things you can do to combat these doubts before they paralyze you or tempt you to change to please others:

Figure out your values. If you don’t know who you are, what you value, and what your goals are, than you’ll find yourself easily buffeted about by any wind of change. You will become a chameleon of a man, trying on new indentifies as you move amongst different groups of people. You must come to a keen understanding of what lies at your core, building a firm foundation so that when criticism comes, when setbacks come, you will not be tempted to doubt yourself.

Sit down, preferably in a quiet, secluded spot, free of distraction (I recommend going camping), and take out a notebook. Spend a good deal of time reviewing your life, thinking about the times you were happiest and most miserable. Make at list of your goals and dreams. Make a list of your values, ethics, and morals. List the things that are most important to you. List the things that you never want to become and aren’t willing to compromise. When you are tempted to conform to the ideas of others, read over what you have written. Is the thing you are tempted to change in line with your values and goals? Then stop worrying about changing it and be secure in your choice. Does someone’s suggestion line up with your values, maybe even better than the course you’re on now? Then embrace that feedback and don’t be afraid to change.

Read biographies of great men. The common thread you will find in every story of every great man, was that they were never popular with everyone. Each one had their supporters and detractors, and the latter could be unrelenting in their scorn. Success books are filled with stories of men whose ideas were dismissed in their day, only to be embraced and heralded years later. When Theodore Roosevelt was a NY assemblyman, he was constantly derided by newspapers for his over the top rhetoric, which the editors found laughable. Of course, now we remember him as one of the great orators in history.

Create some affirming maxims. When I feel under assault and criticism tempts me to change my course, I simply remember a few things that help keep me on track:

What I must do is all that concerns me, not what the people think. This rule, equally arduous in actual and in intellectual life, may serve for the whole distinction between greatness and meanness. It is the harder, because you will always find those who think they know what is your duty better than you know it. It is easy in the world to live after the world’s opinion; it is easy in solitude to live after our own; but the great man is he who in the midst of the crowd keeps with perfect sweetness the independence of solitude.

Limit your media consumption. Every day we are bombarded by thousands of images and a cacophony of voices. This bevy of noise and sounds lodges somewhere in our brains, slowly and subtly informing our ideas of how a man should look, act, speak, and live. Of course no man is truly conscious of this. No man proclaims, “I’m buying this truck because of the relentless advertising I have seen on it!” No, the true goal of advertising to is to not only create an idea in your mind, but to create the impression that you came up with the idea independently.

Although many critics panned it, I really enjoyed the film Vanilla Sky. I thought it brilliantly portrayed the way in which many of our thoughts and our construction of reality are shaped by popular culture. I imagine these ideas as great webs, whose fibers grow thicker and more complex with every television show, film, and CD we consume. Soon there is a blanket of cobwebs filling your mind, feeding on and consuming your thoughts before they can grow to maturation. Every once in awhile you must take a broom to them and clean house. Unplug and take part in real activities, with real people.

Exit the echo chamber. Only a decade ago, men lived their lives without the ability to know how others judged their every move and action. Not so today. Now a man can get feedback on every choice he makes. After he sees a movie, he checks rottentomatoes.com to see if the film critic’s reviews line up with his. After buying a CD, he checks Amazon.com to see if other fans felt the same way about their favorite band’s latest songs. When a thought crosses his mind, he twitters it to his friends. He places his picture on hotornot.com to see if others perceive him as attractive. He completes surveys on Facebook to see what he has in common with his friends. In short, he lives his life in an echo chamber. He cannot as much as use the john without letting his friends know and asking for feedback.

Resist the impulse to want to know what everyone thinks about your decisions. Consuming so much feedback will leave your constantly insecure about your choices and tempt you to mold future decisions according to how your friends voted.

Don’t follow anyone’s advice to the T, including ours. Some men seek to create their persona and hone their identity by copying the success and identity of other great men. While I wholeheartedly support the study of the lives of men you admire, any identity you can glean from a book (or a blog), is one that can and will be easily shed as personal circumstances change. Instead, takes the lessons and ideas of others men as guidelines, as inspiration, and then make them into your own.