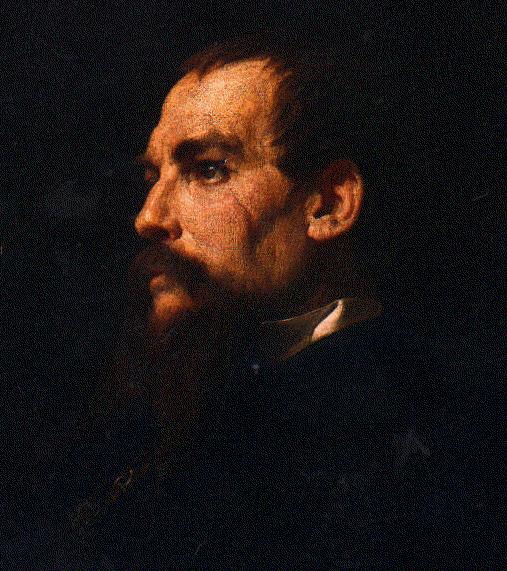 Editor’s Note: This is a guest post from Chris Hutcheson.

The Victorian Era (c.1837-1901) was a period of great prosperity for Britain. With the British Empire at its height, British explorers were spreading across the globe in an attempt to gain knowledge of distant lands and bring glory to themselves and the empire. In an era that bore some of the giants of exploration, including Dr. David Livingstone and Henry Stanley of “Dr. Livingstone, I presume?” fame, one did not have to look hard to come across genuine manliness. A fine example of such masculinity is Sir Richard Francis Burton (1821-1890), whose own exploits have cemented his place in history as a legendary explorer and Renaissance man. Below we will examine some of the characteristics and ideals that helped make Sir Richard Burton a man among boys, and explore some of the guiding principles he laid out in his own writings.

1. Be a well rounded man. Although history remembers him as a diplomat, soldier and explorer, Sir Richard Burton was also very highly regarded for his many other talents. A master linguist, Burton spoke over 25 different languages and regional dialects and was skilled with a pen and paper, writing fine poetry as well as detailing all of his adventures for later generations to envy. He was also known for his fencing skills and is reported to have studied hypnotism in his spare time. 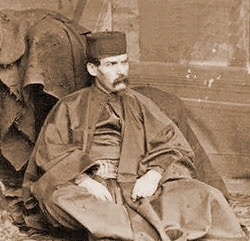 2. A real man is a confident man. One of Burton’s greatest exploits was his secret pilgrimage to Mecca as one of the first white men to do so. In order to accomplish this daring task, he employed his linguistic skill and knowledge of Islam gained from his time spent among Arabs in the military. He also had to alter his appearance, disguising himself in Arabic dress and employing the customs common to the people he travelled with. To be detected as an intruder during this journey would have meant certain death for Burton, who himself later wrote that “nothing could save a European detected by the populace, or one who after pilgrimage declared himself an unbeliever.” A man must be very confident indeed to disguise himself and travel in a foreign culture knowing that if he were detected he would surely lose his life.

3. Every man should have a personal code. This timeless sentiment is best expressed in Burton’s own words, taken from The KasÃ®dah of HÃ¢jÃ® AbdÃ» El-YezdÃ®, a collection of poems written by Burton and first published in 1870:

“Do what thy manhood bids thee do,

From none but self expect applause;

He noblest lives and noblest dies

Who makes and keeps his self-made laws.”

4. Don’t give in to weakness. Burton, while on a journey to Harar, a forbidden city in modern day Ethiopia which no European had ever entered, fell extremely ill. In his recounting of the journey in “First Footsteps in East Africa,” he tells of how he found himself in the middle of an unknown land, sitting under a tree, contemplating his own death in the face of the illness:

“Even the Galla Christians, who flocked to see the stranger, wept for the evil fate which had brought him so far from his fatherland, to die under a tree. Nothing indeed, would have been easier than such an operation: all required was the turning of the face to the wall, for four or five days. But to expire of an ignoble colic! The thing was not to be thought of, and a firm resolution to live on sometimes, methinks, effects its object.” 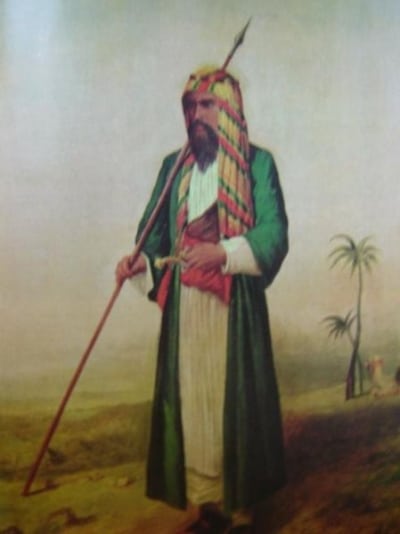 5. Don’t let your problems overwhelm you. This is perhaps an understatement when you consider the problem that this lesson arises from. While making a second attempt to reach Harar, Burton’s camp was attacked by a Somali raiding party. He writes his recollection of the event in “First Footsteps in East Africa:”

“The enemy swarmed like hornets with shouts and screams intending to terrify, and proving that overwhelming odds were against us: it was by no means easy to avoid in the shades of the night the jobbing of javelins, the long heavy daggers thrown at our legs from under and through the opening of the tent…The revolvers were used by my companion with deadly effect: unfortunately there was but one pair… “

In the confusion of the battle, Burton turns to strike a man approaching him, his colleague. Just before striking down his friend he recognizes him, and in the moment of hesitation that followed, he was speared through the face by one of the Somali raiders. He recollects the following:

“I turned to cut him (his colleague) down: he cried out in alarm; the well known voice caused an instant’s hesitation: at that moment a spearman stepped forward, left his javelin in my mouth, and retired before he could be punished.”

Now a spear through the face would be more than enough to bring most men to their knees, but not Richard Burton. With the spear still right where its owner had left it, having knocked out four teeth and passed completely through both cheeks and “transfixing his palate,” Burton managed to escape and then wandered up the beach through the night and into morning before coming across help, which leads to our next lesson.

6. Treat others as you wish to be treated. The boat which Burton stumbled upon just happened to be crewed by men to whom Burton had previously shown great hospitality, and they received him and mended his wounds. The spear left him with a scar which he carried until the end of his days.

7. Seek out adventure. Advice perfectly communicated by Burton himself when he writes in his journal during a journey to Zanzibar in 1856:

“Of the gladdest moments in human life, methinks is the departure upon a distant journey to unknown lands. Shaking off with one mighty effort the fetters of habit, the leaden weight of Routine, the cloak of many Cares and the Slavery of Home, man feels once more happy. The blood flows with the fast circulation of childhood….afresh dawns the morn of life…”