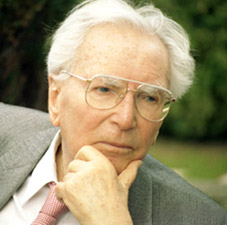 Editor’s Note: This is a guest post from Cory Edwards. Cory is a professional musician and songwriter. He lives with his wife and two children in St. Louis, MO.

Viktor Frankl (1905-1997) was a psychotherapist and brain surgeon who specialized in treating depression, especially for those prone to suicide. Being a Jew in Nazi Germany, he was sent to Auschwitz where he was reduced to nothing but his “naked existence.” As he entered the camp, they took the last of his belongings, including his clothes, his wedding ring, and the manuscript of a book he was writing. Then, every inch of his body was shaved as he was escorted into a shower room. His only consolation was that real water dripped from the shower heads instead of gas.

Frankl was a studious man who didn’t get a lot of physical exercise in life. One of his fellow prisoners said Frankl was the least likely to survive the torturous regimen in store for him. But by leaning on his rich inner life and helping other prisoners, along with some strokes of good luck, he lived to tell the tale. His story is a lesson in manliness for times of suffering, whether that suffering is small or great.

Have a sense of purpose. Frankl kept himself alive by developing a purpose: to keep other prisoners from committing suicide. He did so by helping them to achieve their own sense of purpose. He would encourage one man that he had to survive in order to return to a daughter that was safe in a foreign country. He would encourage another, who had no living relatives left, that he must return to his profession to complete the work he had begun.

In addition, part of his sense of purpose was to suffer well. He wrote, “It did not really matter what we expected from life, but rather what life expected from us. We needed to stop asking about the meaning of life, and instead to think of ourselves as those being questioned by life – daily and hourly. Our answer must consist, not in talk and meditation, but in right action and in right conduct. Life ultimately means taking the responsibility to find the right answer to its problems and to fulfill the tasks which it constantly sets for each individual.”

Develop a rich inner life. The man in the concentration camp who had a strong mind would often prove to be the stronger prisoner. These were men who could appreciate, on a cold march in the snow, the beauty of the mountains, the forest, or the sunrise. They kept their minds active by composing speeches, reconstructing lost manuscripts, and imagining life after imprisonment. They had prayer meetings to keep a strong connection to their religious beliefs.

Frankl said, “Sensitive people who were used to a rich intellectual life may have suffered much pain (they were often of a delicate constitution), but the damage to their inner selves was less. They were able to retreat from their terrible surroundings to a life of inner riches and spiritual freedom.” 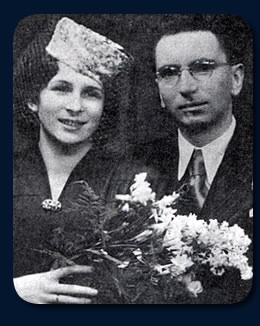 Develop a fervent love for your wife. For those who were married and truly in love with their wives, an extra source of strength was available to them. This was not a place where mere sexual fantasy could relieve a man from suffering (the sexual drive was mostly dead for the underfed and overworked prisoners). However, thinking of his wife – her features, her voice, and little incidents from their life together – a man found considerable strength for endurance. Frankl found this to be the case whether the wife was alive or dead. He often thought of the words of Solomon: “For love is strong as death.”

Frankl wrote, “I understood how a man who has nothing left in this world still may know bliss, be it only for a brief moment, in the contemplation of his beloved. In a position of utter desolation, when man cannot express himself in positive action, when his only achievement may consist in enduring his sufferings in the right way – an honorable way – in such a position man can, through loving contemplation of his beloved, achieve fulfillment.”

Choose your attitude. Frankl wrote, “The one thing you can’t take away from me is the way I choose to respond to what you do to me. The last of one’s freedoms is to choose one’s attitude in any given circumstance.” This does not mean to think rainbows on a cloudy day, though it can. It can mean choosing indignation over coldness, joy over sorrow, strength over weakness, hope over despair. No man’s behavior is dictated solely by circumstance. His behavior can be directed by choice – the choice every living man has.

Viktor Frankl’s story can be found in Man’s Search for Meaning, a book about the psychotherapeutic ideas that he honed while in concentration camps. It is recommended reading for any man, showing the depths to which one can sink and the heights to which one can rise in the middle of the most horrific suffering imaginable.