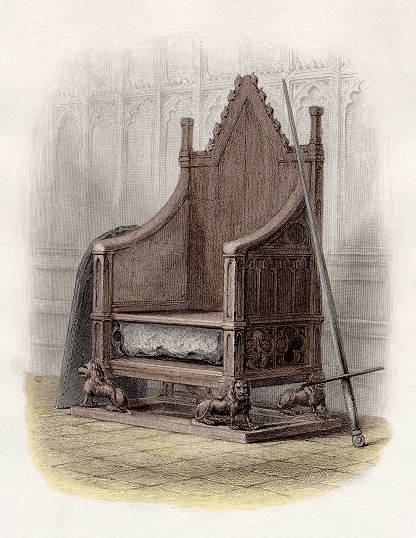 “The Kingship of Self-Control”
From Self control, Its Kingship and Majesty
By William George Jordan, 1905

When a man fails in life he usually says, ” I am as God made me.” When he succeeds he proudly proclaims himself a ” self-made man.” Man is placed into this world not as a finality,— but as a possibility. Man’s greatest enemy is,—himself. Man in his weakness is the creature of circumstances; man in his strength is the creator of circumstances. Whether he be victim or victor depends largely on himself.

Man is never truly great merely for what he is, but ever for what he may become. Until man be truly filled with the knowledge of the majesty of his possibility, until there come to him the glow of realization of his privilege to live the life committed to him, as an individual life for which he is individually responsible, he is merely groping through the years…

With this broadening, stimulating view of life, he sees how he may attain his kingship through self-control. And the self-control that is seen in the most spectacular instances in history, and in the simplest phases of daily life, is precisely the same in kind and in quality, differing only in degree. This control man can attain, if he only will; it is but a matter of paying the price.

The power of self-control is one of the great qualities that differentiates man from the lower animals. He is the only animal capable of a moral struggle or a moral conquest.

Every step in the progress of the world has been a new “control.” It has been escaping from the tyranny of a fact, to the understanding and mastery of that fact. For ages man looked in terror at the lightning flash; to-day he has begun to understand it as electricity, a force he has mastered and made his slave. The million phases of electrical invention are but manifestations of our control over a great force. But the greatest of all “control ” is self-control.

At each moment of man’s life he is either a King or a slave. As he surrenders to a wrong appetite, to any human weakness; as he falls prostrate in hopeless subjection to any condition, to any environment, to any failure, he is a slave. As he day by day crushes out human weakness, masters opposing elements within him, and day by day re-creates a new self from the sin and folly of his past,—then he is a King. He is a King ruling with wisdom over himself. Alexander conquered the whole world except,— Alexander. Emperor of the earth, he was the servile slave of his own passions.

We look with envy upon the possessions of others and wish they were our own. Sometimes we feel this in a vague, dreamy way with no thought of real attainment, as when we wish we had Queen Victoria’s crown, or Emperor William’s self-satisfaction. Sometimes, however, we grow bitter, storm at the wrong distribution of the good things of life, and then relapse into a hopeless fatalistic acceptance of our condition.

We envy the success of others, when we should emulate the process by which that success came. We see the splendid physical development of Sandow, yet we forget that as a babe and child he was so weak there was little hope that his life might be spared…

We shut our eyes to the thousands of instances of the world’s successes,— mental, moral, physical, financial or spiritual,—wherein the great final success came from a beginning far weaker and poorer than our own.

Any man may attain self-control if he only will. He must not expect to gain it save by long continued payment of price, in small progressive expenditures of energy. Nature is a thorough believer in the installment plan in her relations with the individual. No man is so poor that he cannot begin to pay for what he wants, and every small, individual payment that he makes, Nature stores and accumulates for him as a reserve fund in his hour of need.

The patience man expends in bearing the little trials of his daily life Nature stores for him as a wondrous reserve in a crisis of life. With Nature, the mental, the physical or the moral energy he expends daily in right doing is all stored for him and transmuted into strength. Nature never accepts a cash payment in full for anything,—this would be an injustice to the poor and to the weak.

It is only the progressive installment plan Nature recognizes. No man can make a habit in a moment or break it in a moment. It is a matter of development, of growth. But at any moment man may begin to make or begin to break any habit. This view of the growth of character should be a mighty stimulus to the man who sincerely desires and determines to live nearer to the limit of his possibilities.

Self-control may be developed in precisely the same manner as we tone up a weak muscle,—by little exercises day by day. Let us each day do, as mere exercises of discipline in moral gymnastics, a few acts that are disagreeable to us, the doing of which will help us in instant action in our hour of need. The exercises may be very simple—dropping for a time an intensely interesting book at the most thrilling page of the story; jumping out of bed at the first moment of waking; walking home when one is perfectly able to do so, but when the temptation is to take a car; talking to some disagreeable person and trying to make the conversation pleasant. These daily exercises in moral discipline will have a wondrous tonic effect on man’s whole moral nature.

The individual can attain self-control in great things only through self-control in little things. He must study himself to discover what is the weak point in his armor, what is the element within him that ever keeps him from his fullest success. This is the characteristic upon which he should begin his exercise in self-control. Is it selfishness, vanity, cowardice, morbidness, temper, laziness, worry, mind-wandering, lack of purpose?—whatever form human weakness assumes in the masquerade of life he must discover. He must then live each day as if his whole existence were telescoped down to the single day before him. With no useless regret for the past, no useless worry for the future, he should live that day as if it were his only day,— the only day left for him to assert all that is best in him, the only day left for him to conquer all that is worst in him. He should master the weak element within him at each slight manifestation from moment to moment. Each moment then must be a victory for it or for him. Will he be King, or will he be slave?—the answer rests with him.