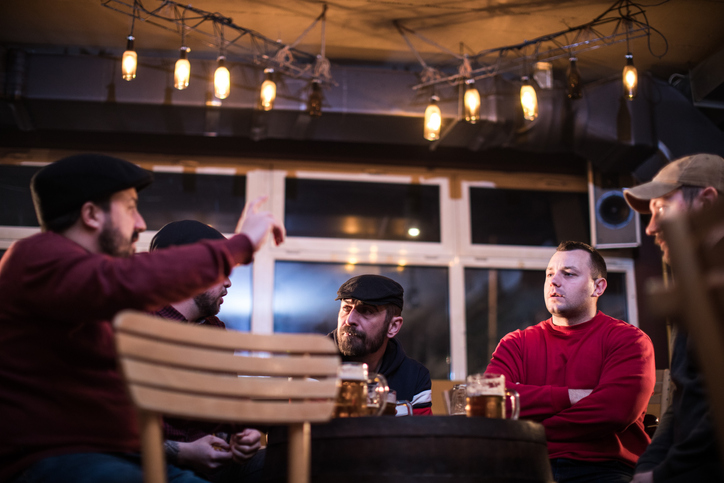 It’s a common lament: making friends in adulthood is hard. After college, it can seem quite difficult to form the kind of tight relationships you enjoyed as a youth and develop not just a network of causal acquaintances, but a circle of real friends.

Researchers have found that there are three keys for overcoming these difficulties and creating close friendships: 1) proximity (being geographically/physically close), 2) repeated and unplanned interactions (getting together without planning to get together), and 3) a setting that encourages vulnerability.

There’s one practice that satisfies all three requirements, and arguably represents the best way of cultivating satisfying friendships in adulthood: starting a discussion group.

3 Advantages for Friendships in Forming a Discussion Group

A discussion group may take the form of a book club, a Bible study, an entrepreneurial mastermind, or an organized bull session built around any other theme. Regardless, such groups not only offer edification to your mind, but three great advantages when it comes to making and keeping friends:

1. Sidesteps the planning go-round. You know how it goes when it comes to trying to get together with someone else: Whenever you see them, one of you says, “We should hang out sometime.” But then neither of you follow up. Or one person follows up and suggests a time, but the other person isn’t available then, and suggests another time, but the first person can’t make it then, and on and on the planning go-round turns. This effect is multiplied when trying to coordinate for a group of people.

A discussion group is scheduled for a regular reoccurring date and time. Its participants know that time, and can plan the rest of their schedule around it. Once it’s set up, you never have to do the planning back and forth again.

2. Ensures consistent hang-out. With busy careers, active kids, and older family members seemingly taking up the bulk of your time and energy in adulthood, it can quickly and without notice become months and months between seeing your friends. When you do realize it, it’s sort of a bummer; hanging with the crew is fun! Because discussion groups have a set, reoccurring date/time, you’re assured of seeing your friends on a regular basis. Regardless of how often you’re able to get together outside the group, you’ll at least be able to see them then.

3. Encourages deeper conversation. Everyone has acquaintances they see at church or the gym or work. You make friendly chit-chat when you run into each other, but conversation never progresses into more meaningful topics. Because the explicit purpose of a discussion group is discussion, people feel more comfortable going beyond normal pleasantries and trivialities and opening up. The structure of the group invites deeper dives into meatier topics and the sharing of more personal thoughts and feelings.

How to Start a Discussion Group

Choose a theme. As mentioned above, the theme for a discussion group could literally be anything (that’s conducive to conversation): religion, business, books, etc.

Choose a schedule. Aim to meet once a month at least and every week at most. Personally, I think every other week may be the sweet spot as far as fitting into people’s schedules and keeping it feeling fresh. Kate and I are part of all-gals and all-guys scripture study groups that meet every other week; as the members of the respective groups represent one half of married couples who have kids, this allows them to participate without needing a babysitter (i.e., the ladies stay home the week the dudes’ group meets, and the dudes stay home the week the ladies’ group meets). Both groups convene at 8:30 p.m. on Thursdays; that way the meetings don’t conflict with bedtimes or people’s work schedules. It’s also just nice to have something fun to look forward to on Thursday nights, when you’re already sliding into the weekend. The groups rotate meeting at members’ houses, though not everyone hosts; some people’s homes just aren’t conducive to it.

On the other hand, the Great Books book club that I also belong to meets just once a month, and that works for this group, because it takes that long for us to read the hefty texts that will be discussed!

Except for a pause during the trough of the pandemic, both sets of groups have continued to meet in-person, only now we do it outside/on porches. The scripture study groups take a break during the summer, as too many people end up out of town to consistently keep good attendance going.

Whatever schedule you choose for your discussion group, keep the time/date sacrosanct. Occasions can arise where it might seem like a good idea to change the meeting schedule “just this one time” because of someone’s particular circumstances or special events which arise, but that just invites the idea that the time/date is forever malleable, and further instances of change requests, which creates the kind of planning go-round a discussion group is designed to circumvent. Things are invariably going to come up that sometimes prevent certain members from attending at the set time, but don’t shift things around to accommodate; the time always stays the same, and whoever can make, can make it.

Invite potential members. It really only takes one person to initiate a group and get it going. It is ideal to have two equally enthused “founders” though; the pair will form the sturdy core of the group, and it’s nice to have someone else to bounce ideas off of as far as how to organize things at the start and improve things as you go along.

Once you’ve hatched the idea for your group, you (or you and your compadre) will need to invite other people to join. The first question to consider is how many people you want to have in the group. From experience, I think six is the optimal number. Not everyone will be able to make it every time, and with at least three or four, you can still have a decent discussion. At the same time, when everyone does come, six still allows everyone a chance to talk.

Once you’ve settled on a number, then you need to decide who to invite. The obvious criteria are people you enjoy being around, share the interest on which the group will be based, and will add something to the discussion. You don’t already have to be best friends with them; in fact, inviting someone to a discussion group is a great way to move a relationship that exists solely at the office/gym/church, to one that exists outside that specific context — an invitation to a discussion group gives you something concrete around which to make that jump. So think of acquaintances whom you’d like to get to know better.

Choosing whom to invite is a tricky business, because chemistry truly is key to making a discussion group work, and once someone is part of the group, you can’t very well disinvite them! You want people you like, of course, but who are different enough from you to add the kind of varied perspectives that make for robust discussion. More than similar personalities, you want similar sensibilities — particularly in the sense of being capable of engaging in open, respectful dialogue and playing with ideas.

Have a de facto facilitator. Discussion groups don’t need a real “leader”; part of their appeal is their democratic, freewheeling nature. But they benefit from having a de facto facilitator — someone who can make a final call when logistical questions get mired in “I don’t really have a preference, whatever everyone decides is fine” limbo, sends a group text the week of the meeting to remind members of that fact and the date/time/place/topic of discussion, comes consistently prepared (e.g., has done the reading and jotted down some potential questions), and nudges the conversation along if the wheels need greasing or one person is talking too much. As the founder of the group, this task may fall to you, especially if you have a personality suited to the role. Someone else may organically emerge as the facilitator. Or the role could be intentionally rotated. However the facilitator is chosen, he should tread lightly, seeing his role not as exerting control, but of ensuring meetings happen consistently and unfold smoothly, and that each person gets a chance to share. If the facilitator mantle falls on your shoulders, always get input from everyone, and let everyone have a say in your group’s proceedings.

Incorporate (a bit) of structure/tradition. Traditions add texture to events, so consider incorporating some into your group: reading a certain passage at the start, taking turns bringing drinks and/or food, having each person share a high and low moment from the time since you last met, ending with a prayer, etc. It’s okay to be a little more sincere and sentimental than you normally are; people wish for a bit more sincerity in their lives, and are just waiting for permission to express that part of themselves. But in general, groups should again be informal in nature; keep things rather loose.

Discussion groups can greatly enrich one’s adulthood, adding interest and edification, offering something to regularly look forward to, and acting as the most effective facilitator of grown-up friendships. If you’re not part of such a group currently, take the initiative and start one yourself. 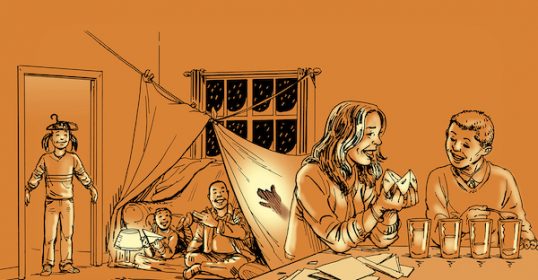 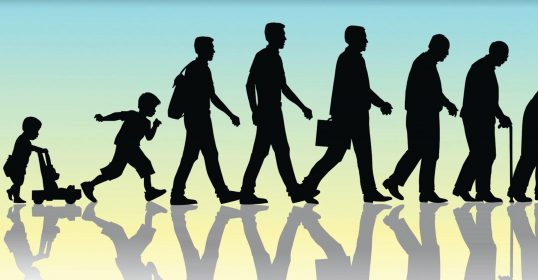