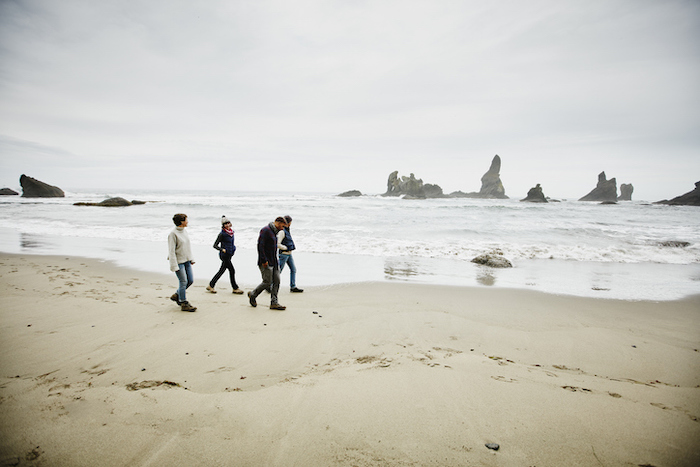 There are lots of bits of advice you probably weren’t given growing up. How to budget your money. How to know if you should marry the person you’re dating. How to make or break a habit.

Also assuredly on that list: How to make friends in adulthood.

Not only is it not part of any school curriculum, but you probably didn’t receive any guidance from your parents, either verbally or by way of example, as there’s a good chance they didn’t have any real friends themselves.

If, as a result, you’re struggling to find pals as a grown-up, here are three lessons on the subject, found through our own process of trial and error. Better late than never. Hopefully they’ll keep you from groping about quite as blindly.

You’ll Have to Be Proactive

You likely never even gave any thought to the idea of making friends in general until you graduated from college and plopped out into the wider world. Why would you have? Making and having friends during your school years is practically as natural as breathing. You’re interacting with peers, probably of similar backgrounds and ages, for six or more hours a day. You further subsect this peer group into segments of the even more like-minded by sorting into various extracurricular activities. It’s hard not to make friends during your school years.

And then, post college, cue that record scratch. You may see fellow humans at your workplace, but the pool of potential candidates in the friend department — folks who are in a similar stage in life, share your interests, and possess a personality with which you connect — may nevertheless be rather shallow. And if you work from home, as more and more people do, you can go days without seeing other human beings, of any stripe, at all.

In adulthood there are few built-in structures that automatically push you into forming friendships. And most freshly-minted grown-ups, who have little experience in environments that aren’t set up with those structures, try to continue the friendship-making method they’ve always employed — which is to say, doing nothing — and then feel befuddled at their anemic social circle.

So the biggest lesson to learn about making friends in adulthood is that it’s going to take real, proactive effort. It won’t just happen; you’ll have to work to make it happen.

That means intentionally increasing your contact with other humans, i.e., possible future friends. That can be accomplished by attending a church, joining a gym or dojo, finding a meet-up group in your area that centers on some interest of yours, etc.

Being proactive also means deepening the more superficial bonds you’ll form in such situations by inviting someone to hang out outside of them. For example, if you find yourself chatting each Sunday with someone at your church, eventually you invite them over for dinner. (For tips on how to make these invitations in a non-awkward way, read this article.)

One of the best ways to turn acquaintances into real friends is to start some kind of group — whether that’s an informal men’s fraternity or a discussion circle like a book club — that meets weekly/monthly. With starting a group, you invest more effort upfront to get it going, but then have to put in less effort later in sustaining it; having a set day/time that you meet with your friends will help “automate” your relationships and prevent the endless back and forth of deciding on a time to hang out, every time you hang out.

It Will Take Time (A Lot More Than You Think)

A research study surveyed both college students and adults to figure out how much time it takes to make friends and deepen these bonds.

It found that turning an acquaintance into a casual friend requires spending 40-60 hours together.

Turning a casual friend into a regular friend takes about 80-100 hours.

And turning a regular friend into a close, best friend requires over 200 hours.

In accumulating these needed hours of together-time, adults are at a distinct disadvantage.

In high school, you may have had two hours of classes, plus two hours of extracurriculars with a friend each day. Then, you hung out with them for eight hours on the weekend. That meant you could meet someone one day, and feel like you were best friends with them just two months later. (And that probably matches up with your lived experience).

As a grown-up, on the other hand, you may spend time with a friend for two hours a week at the gym, and hang out with him once a month, for two hours at a time, outside it. At that rate, it would take three years for a new acquaintance to become a good friend. And in lived experience, this is indeed about how long it takes to feel like you’re really close to a friend you make in adulthood.

If you go into making friends in adulthood with the same expectations that you had in your youth — that you’ll become bosom buddies with folks in a matter of months — you’ll end up frustrated, wondering why things don’t seem to be coming along. They are; you just have to realize that the timeline for relational progress is going to be much, much longer than it was back in your school days. Be patient and keep consistently investing in the friendship.

When you’re young, hang-out plans just kind of materialize. You’re always with your friends, who throw out different ideas of things to do, and your good times just kind of emerge from the hive.

In adulthood, as previously mentioned, making plans takes some real intentionality. In the midst of busy lives, weighted with familial and professional responsibilities, someone’s got to think, “So-and-so and I should hang out,” and then turn that abstract thought into a concrete invitation.

Thus as an adult, a fact emerges that you never glimpsed growing up: not everyone is equally inclined to do this.

People can instead roughly be broken into two groups we’ll call “hosts” and “guests.”

Hosts, as the name suggests, like to host things, whether literally in terms of a dinner party, or more metaphorically, in being the person who makes social plans, initiates activities amongst friends, and corrals folks into doing stuff. If in high school, you were the one with the house at which your friends typically gathered, you’re likely the host type.

Guests enjoy hanging out and attending events, but don’t like to host themselves, whether in the literal or metaphorical sense.

Not understanding this difference can cause confusion and conflict for the hosts of the world.

If you’re the host type, don’t equate reciprocation of your invitations with interest in being friends. They’re not necessarily correlated. If people keep on readily accepting your invites, they probably like you; if they don’t, and don’t suggest getting together at another time, then they probably don’t like you (the Brad Pitt Rule not only applies to romantic relationships but to platonic ones as well). People likely really appreciate the way you initiate things. They’re just not inclined to do likewise.

If you’re the host type, it can be tempting to fall into a sort of spiteful dejection: “Why do I have to always be the one who initiates things?! If no else cares, then I’m not going to care either!” It’s helpful to realize that the host/guest distinction doesn’t come down to a difference in character but a difference in personality. Some people just aren’t disposed to be social initiators, and while guest types may be disinclined to throw a party, they tend to have their own strength in being the life of one.

It’s also helpful to consider your hosting proclivities as part of your vocation in life. You can play a vital role in bringing folks together, and creating fun, meaning, and memories in people’s lives. Embrace it as a calling.

If you’re the guest type, assuage your host-friends’ uncertainty about your feelings towards them by enthusiastically expressing your appreciation for the ways they initiate good times. If you’re unable to accept an invitation of theirs, communicate that the need to decline is a matter of circumstance and not desire by conveying your regrets and suggesting another time to reschedule. And while guest types are especially disinclined to host in the literal sense of throwing a shindig at their house, they’re usually more open to going out together for a dinner, concert, etc., so when an idea for such an outing crosses your mind, do show some initiatory reciprocation by being the one to propose the hangout from time to time.

Make sure to check out our podcast interview with Professor Jeffery Hall about how long it takes to make friends in adulthood.