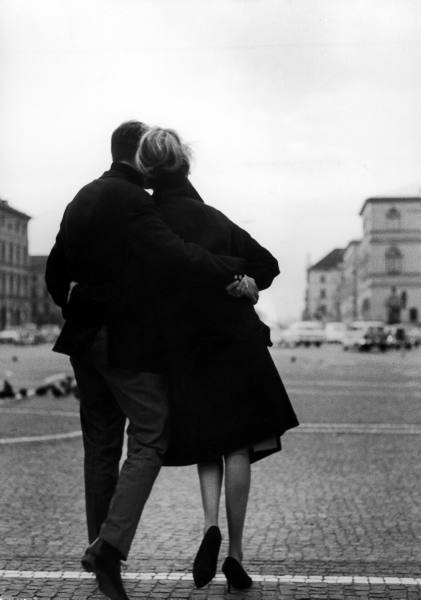 When marriages start going sour, couples are often urged to go see a therapist or to attend a workshop or seminar to help smooth out their difficulties. But these options are often quite expensive and outside a couple’s budget. If there’s already tension in your marriage, it’s probably not a wise idea to add financial stress to the problem by ponying up $100 an hour for professional counseling. And a lot of men aren’t keen on talking about their feelings to a stranger or a room full of strangers. We like to tackle problems ourselves.

As it turns out, this bootstrapping mentality is not such a bad idea. A recent study found that reading research-based articles together as a couple, and applying the advice from those articles to your relationship was just as effective as attending a workshop or seminar. ((http://magazine.byu.edu/?act=view&a=2437)) If you’re having serious problems in your marriage, you may need to see a therapist, but if you’re marriage simply needs some tuning up, here are some diy basics to read over with your spouse and start applying to your relationship.

Banish the Four Horsemen of Divorce

Dr. John Gottman, Ph.D. has been studying marriages in a lab at the University of Washington for 20 years. While many people think that what makes a happy or unhappy marriage is somewhat mysterious and divorce is hard to predict, he can watch a couple interact for only a few hours and then forecast with 91% accuracy whether or not they’ll end up divorcing. He’s not a fortune teller; he simply looks for  telltale signs in the way the couple interacts and handles their disagreements. Those that display what he calls the “four horseman of the apocalypse” have a high likelihood for divorce. If a couple can identify and rectify these behaviors, the marriage can often be saved. So let’s take a look at what the four horsemen are.

Criticism is not the same as complaining. Complaints center on specific actions and behaviors disliked by one’s partner, while criticism goes further and attacks the person himself. Here are examples from Gottman to illustrate the difference:

Criticism: “Why are you so forgetful? I hate having to always sweep the kitchen floor when it’s your turn. You just don’t care.”

Complaint. There’s no gas in the car. Why didn’t you fill it up like you said you would?

Criticism. Why can’t you ever remember anything? I told you a thousand times to fill up the tank, and you didn’t. (Criticism. She’s implying the problem is his fault. Even if it is, blaming him will only make it worse.)

Criticism throws in blame and general character assassination. To turn a complaint into a criticism, add the line: “What is wrong with you?”

Complaints are okay when each person is committed to addressing them respectfully. And criticism is something every couple deals with. It only becomes lethal to the marriage when allowed to fester into the next three horsemen.

The intimacy of marriage can bring people healing and acceptance. But the flip side of intimacy is the ability it gives people to know how to hurt their partner the most. Contempt goes beyond criticism in that it is a purposeful attempt to wound and demean someone at their core. It’s manifested in biting sarcasm,  hostile humor, name-calling, and insults. It can be seen in a partner’s eye-rolling, sneering, or lip curling. According to Gottman, contempt is the most deadly of the horsemen because “it conveys disgust. It’s virtually impossible to resolve a problem when your partner is getting the message you’re disgusted with him or her.” Contempt rears its ugly head when couples lose respect for each other and cease trying to see things from their spouse’s perspective. They dwell on their partner’s faults, and this built up bile comes out in their arguments.

Even if there is truth to someone’s criticism, if it is delivered in a contemptuous manner, the person is apt to react defensively. They will go on the defensive by denying responsibility, making up excuses, leveling counter accusations, and disagreeing angrily. This only ramps up the conflict, as “you’re effectively saying, “‘The problem isn’t me, it’s you.'” This only compounds the negativity and distance between the couple. Instead, one partner must be the bigger person and try to respond calmly and openly.

After enough negative interactions of contempt and criticism, a spouse may simply shut down. They withdraw from the other person and stop listening to and engaging with them. During an argument they stop responding and give their partner the silent treatment. This often frustrates and infuriates their partner even more. In 85% of marriages, the stonewaller is the man, and it is by far the most serious symptom of a broken relationship.  If it’s occurring in yours, the relationship is critical and you need to act soon to right the ship.

The best way to short circuit the four horsemen is to nip them in the bud before they entrench themselves in your relationship. One way to do that is to actively attempt to begin your arguments in such a way as to minimize negativity. 96% of arguments that begin with what Gottman calls a “harsh star-up” end badly, even if the couple tries to make nice during the discussion. What begins badly, ends badly. So when you disagree with a spouse, never start out the discussion with criticism or contempt. Try to stay calm, civil, and respectful.

In addition to the presence of the four horsemen, when Gottman is evaluating a marriage, he looks at whether the couple makes what he calls successful “repair attempts.” Repair attempts are attempts by the couple to deescalate the tension and resolve their differences. Unhappy couples often are so steeped in their negative feelings that they don’t even notice when their partner is waving the white flag. While a therapist might concentrate on having a couple negotiate their differences or work on their communication, Gottman says this is actually the wrong approach. He argues that, “The key to reviving or divorce-proofing a relationship is not in how you handle disagreements but in how you are with each other when you’re not fighting.” Whether a couple makes successful repair-attempts is not contingent on how they communicate, but on the store of positive feelings and friendship they have built up. Gottman says that happy marriages have a 5 to 1 ratio of positive to negative interactions. When you have this, you’ll still argue from time to time, but the repair-attempts will flow naturally from “positive sentiment override.” How do you build up these postive sentiments and soldify your friendship? Read on.

During his studies in the lab, Dr. Gottman sought to figure out the things that happy couples do that unhappy couples do not. He found that those in strong marriages spent only 5 extra hours a week doing things to strengthen their marriage. But those hours, which he calls the “five magic hours,” were enough to make a huge difference in the quality of  their marriage. Here are the five hours you should be investing in your relationship each week:

Connect before you leave. Before you and your wife part ways at the beginning of the day, take the time to learn about one thing each of you have planned for the day. Estimated time: 2 minutes per day x 5 working days, totals 10 minutes per week.

Connect when you reunite. At the end of the day, spend at least 20 minutes talking about the things that went on during your day. Chatting at the dinner table or in bed helps you de-stress and reconnect with your partner. Estimated time: 20 minutes per day x 5 working days, totals 1 hour, 40 minutes per week

Admire and appreciate. Every day, find ways to tell your wife that you love her and appreciate all that she does for you. Be specific. Don’t just say that she’s wonderful; tell her how beautiful she is, how she lights up a room, how her meatloaf is a little slice of heaven on earth, ect. Estimated time: 5 minutes per day x 7 days, totals 35 minutes per week.

Initiate affection. When you were dating, you were all over each other. If you want to bring back some of that magic, that you need to start being more intimate with one another. Cuddle, kiss, hold hands, spoon, and so on. The more time you spend touching, the happier your marriage will be. Estimated time: 5 minutes per day x 7 days, totals 35 minutes per week.

Go on a weekly date. Establish that you will go out on one date a week, and make this a non-negotiable commitment. If you have kids, get a babysitter. This is time for just you and your wife. The date doesn’t have to be fancy or expensive. But it needs to provide time for you two to talk, so a movie alone won’t cut it. Discuss what happened that week and your plans, hopes, and dreams for your future together.

Studies have shown that doing unfamiliar things together as a couple will bring back the butterflies you experienced together at the beginning of the relationship. ((http://www.nytimes.com/2008/02/12/health/12well.html)) So while I know how hard it is to break from the Chili’s and TV watching routine, it’s important to make an effort to get out and do something different. Seek out little hole in the wall restaurants, explore a museum you’ve never been to before, take a hike on a new trail, etc. 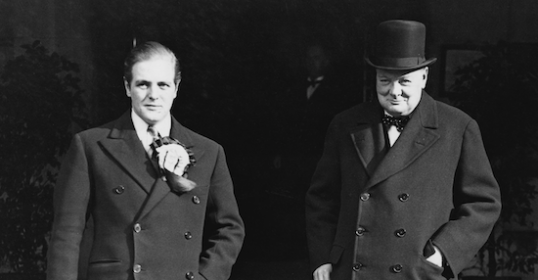